Too Little, Too Late for Condé Nast

Purchase of Pitchfork was smart, but it’s just a band-aid. 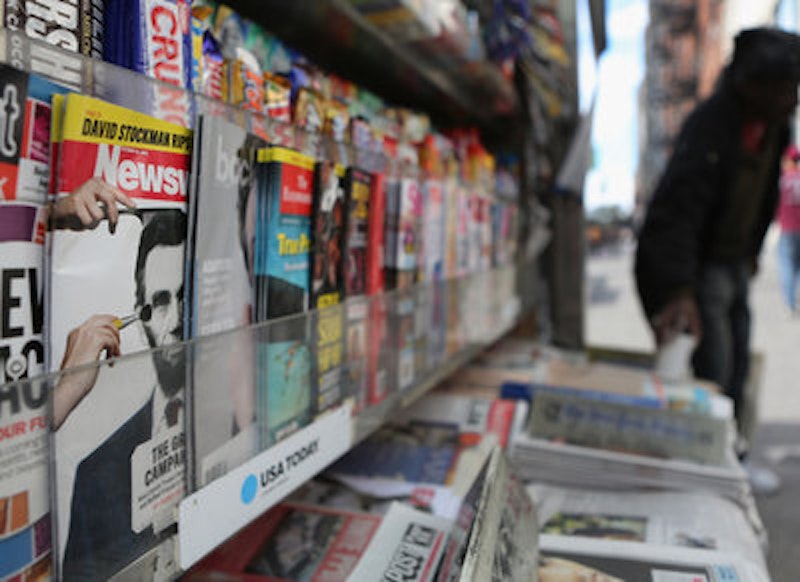 Tuesday’s announcement that publishing matron Condé Nast had purchased Pitchfork Media (for an undisclosed price) was notable less for the sudden riches of the “indie” music website’s owners than the precarious position of the storied media company that owns a large stable of once-popular and profitable magazines. According to a brief New York Times article—whether the author or editors had ever heard of Pitchfork is up in the air—Condé Nast chief executive Bob Sauerberg said the acquisition “reinforces our commitment to building Condé Nast’s premium digital network, focusing on distinctive editorial voices and engaging high-value millennial audiences.” That’s happy-talk aimed at digital advertisers, obviously, but the purchase is nonetheless a smart move (as was buying Reddit in 2006).

Yet it underscores the difficulty Condé Nast has going forward in a media environment that’s brutal for print publications that just 15 years ago were cash cows. There’s a reason that CN’s New Yorker is so slim today: it can’t attract the amount of advertising that allowed its editors to publish long—often 75,000 words—and exhaustively researched articles by staff writers who weren’t expected to contribute more than a few pieces annually. The New Yorker’s editorial overhead is undoubtedly still prohibitive, given today’s conditions, and no amount of digital ads or blogposts will make up for revenue that once fattened each issue. I suspect The New Yorker will, sooner rather than later, retreat to a biweekly schedule in a desperate effort to rein in expenses. (Another sign of panic, not just at The New Yorker but other CN titles: the amount of subscription renewal notices sent out about every other week. And often fraudulent: my sub doesn’t expire until next summer, but I recently received a dire notice that “termination” was nigh. Also, Condé Nast no longer appears to care about its subscribers: for example, I’ve yet to receive the November issue of Vanity Fair, even though it’s been on newsstands for over a week.)

The Pitchfork news comes on the heels of long-moribund Playboy announcing a re-organization of the magazine, the most prominent change being that nude women will no longer be showcased. Reason’s Nick Gillespie had, by far, the best take on this well-covered story. “[L]ike a lot of other, older mags (think Time, Newsweek), Playboy is a shadow of its former self in every possible way: financially, journalistically, culturally… It’s not simply that folks looking for porn or stroking material can go elsewhere for free and for much-more individualized content, it’s that we (men) don’t really need yet one more mag that tells us how to match plaids and stripes or to tie a Windsor knot and how to open a bottle of champagne without embarrassing ourselves.”

Which brings me back to Condé Nast. How long can an irrelevant title like GQ survive (not to mention Details, which I forgot was still in business), when it offers the same tired advice for men that it has for decades. Its October offering—“The Super-Useful, Totally Helpful, Easy-To-Follow How-To Issue”—is an embarrassment. GQ promises to tell its readers how to “eat better,” “dress better,” “have cooler hair,” “travel lighter,” “be more productive,” “not be evil” and “have lots & lots of babies.” The same issue could’ve been—and probably was—produced in 1990, although back then men still wore suits regularly. It’s a magazine going through the motions, and if any of the “coveted 18-34 demographic” is reading this crap I’d be surprised. No, make that dumbfounded.

Similarly, although other CN magazines like Vogue, Vanity Fair, Allure and W are packed with ads, who knows what kind of rate-card cutting is going on at meetings with retailers? Condé Nast has no leverage with companies like Barneys and Coach, movie and TV studios and makers of exorbitantly-priced fragrances. And its attempt to tart up its covers with youth-friendly parlance just seems… off the mark. For example, the October issue of Vanity Fair, with Mark Zuckerberg on the cover, includes this teaser: “OMG! We’re In A $500 Billion Tech Bubble! (And it could be worse than the last time.” I’ve yet to read Nick Bilton’s story on the subject—and I like his work—but lordy, has the company shed all dignity?

Buying Pitchfork is sign of recognition on the part of Condé Nast’s business department that the print jig is up—and maybe it’ll help at the margins—but the company’s expenses in every department will need to be downsized significantly for it to survive. My own bet is that Wired is the next CN print casualty, but really, you could make a case for Vogue, one of the golf magazines or Vanity Fair. That’d be unwelcome news for longtime, and often well-compensated employees, but will the public care? No.