Firearms are no longer scarce. 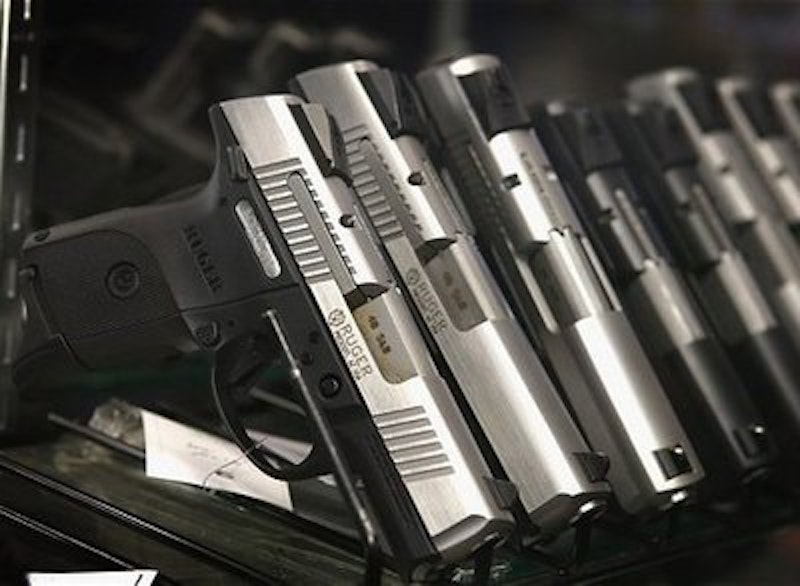 I’ve written before about gun control. That article was rife with theory about the attitude of the average citizen towards guns. I was preoccupied, and still am, by that question, the big “Why?” Why do people police themselves? Why do they use guns to do it? Why does the argument of guns to police oneself always result in a feedback loop of more bullets fired? Most disasters often have some humor to be mined within them, but no longer.

I wonder what theorizing on gun control accomplishes. One side says it can only obscure the motives and thoughts of the real people involved in the conflict. They are inextricable players in the dramatic play of “Why?” Surely these characters have their own lines in this play. They do. In certain small towns they frequently rehearse them.

Inglis, Florida is a town with a population of approximately 1000 citizens. National attention rarely visits Inglis. However, not so long ago it came. The Mayor of Inglis publicly banned Satan. It seemed as if some memo had traveled through time that caused then-mayor Carolyn Risher to make such a bold public proclamation.

Risher is no longer town mayor, but her 1000 constituents remain. That number now has a more significant meaning for Inglis. Following the shooting at Umpqua Community College in Oregon, Inglis is the town in which the 1000th mass shooting since Sandy Hook elementary in 2012 has taken place.

Drinda Merritt, the presiding mayor of Inglis, was recently quoted in the Guardian following the shooting. Merritt responded: “If I had been there that day, the difference is I would have stopped at my car for my gun…Then I would have crossed the street. And I would have dropped the shooter.”

Her comments cause me to think about pictures, moving pictures. We all watch films. It’s safe to say that Merritt has probably seen a film. Merritt’s comments, if not jailhouse bravado, sound eerily close to something coming out of the mouth of a tough guy-hero in a film. Publically, that’s typical for an authority figure in a tiny conservative town. However, psychologically her comments are rich. Her comment shines some light onto my fixation about a certain plot action in the play of “Why?”, specifically the portion of the drama where the ending of one shooting lays the rhetorical ground for some unforeseen but coming threat. I’m talking about the part where the arrows reconnect in the feedback loop of violence. Rather than help forget a traumatic act her words prepare the mind of the town’s citizens for the next shooting.

When it comes to reporting on violent domestic events in the past 20 years, popular psychology has been a great crystal ball of interpretation for news. It’s commonly argued, based on countless studies, that an increase in violent moving images leaves a heavy imprint on the way that people, especially young people, view and approach the world. It’s believed that without Mortal Kombat or Quentin Tarantino, every young person would have a wonderful attitude towards the world.

In the studies supporting this argument there’s an almost universal correspondence to increased agitation or chemical responses within the body that are precursors to violence. It’s difficult to not look at the deluge of research papers on the impact of moving image violence and overlook that they become more frequent after 1990. The timetable roughly corresponds to the overlap between when Generation X and Y experienced their childhood and early adolescence and the Baby Boomers assumed leadership.

The sheer amount of research would lead one to believe that gun violence is a recent youth phenomenon. These studies strongly argue that youths like the Columbine shooters or the Charleston Church shooter are natural byproducts of their environment. The narrative is very simple. These kids were clearly born into an environment in which they were prematurely bombarded with distressing violent images. These violent images are stressors. These stressors, long after the initial images fade away, imprint themselves chemically on the mind of these kids who then shape an aggressive personality.

Psychology informs us that this imprint can become fatal for the child or adolescent by resulting in a parallel chain of thoughts and attitudes that goes out of control. These renegade chains eventually converge upon what is a recognizable and diagnosable mental illness. I don’t wholly disagree with the findings that support this hypothesis. However, to trumpet this research as dogma from a stump or podium in Congress is to overlook a far more interesting question.

Regardless of whether the Boomer demographic was engaged in combat in the past decades they were exposed to it on a regular basis. They lived under some sort of vague threat amplified by radio, newspapers, and television. In a movie theater, in the 1960s and 70s, as in the 90s and the aughts, for the price of admission the average citizen could live out some director’s wild blood fantasy through Western movies and hard-boiled crime films. I’m fairly certain that nobody asked the director of Dirty Harry to answer the accusations that the film resulted in an increase in gun sales or asked Chuck Jones and Friz Freleng to explain incidents in which children killed one another by dropping metal objects on one another’s heads.

For the elder hardline conservatives, and some of their descendants, there’s a provocative slogan bandied about after school shootings “More guns less crime.” I see this as a double standard, one that neatly encapsulates the concepts of authority and its necessary accomplice prohibition which philosophers like Michel Foucault have explored. “More guns less crime” is a double standard. It’s an ideology seen as inflammatory and criminal yet also viewed as sage advice coming from elder political leaders on the local and federal level.

Whatever heroic role Mayor Merritt privately fancies is her business. However when comments such as hers enter the public conversation as on the record it’s an attempt to sell others on a bogus ideology. I’ve never met someone who, when a gun’s revealed, didn’t express some obvious anxiety. Firearms are supposed to be frightening because they are supposed to be scarce. Now they are no longer scarce.