How Crazy Can Syria Get?

Rarely have so many factions been wrong. 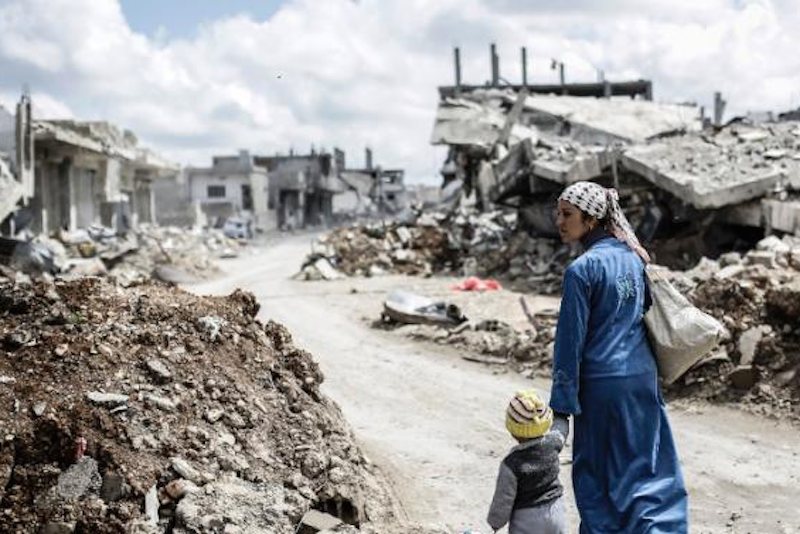 As a fan of science and philosophy, which continually ask questions, it’s taken me decades, really, to figure out how terrified most people are of admitting, “I don’t know.” That explains why they must strive to appear so confident about everything from God to political policies.

The left (along with a few libertarians and paleoconservatives) has pretty much adopted Palestinians as the Middle East analogue of oppressed 1960s African-Americans at this point. Fine. Let’s posit for the sake of argument that the Palestinians are one of the groups in that region of the world with a sane case to be made for their cause, a set of legitimate grievances that you need not be Noam Chomsky to appreciate.

Well, then, it’s troubling that your poster children for Arab sanity have launched a campaign—clearly a coordinated one and not just the acts of isolated mentally-ill people—to stab lots of random Israeli pedestrians on the street. Click here if you want to see one such attacker ram a bus stop with his car and then attack people with a meat cleaver until stopped by a heroic bystander who, thank goodness, was armed (Israel wisely having recently loosened gun laws under the circumstances).

And, since I’m more comfortable with complexity than most, I’m still not saying this wave of horror erases Israeli wrongs. Instead, I’m just wondering how crazy the real crazies in the Arab world—say, ISIS—might get. I’m also wondering how much we helped them get that crazy.

The pseudonymous Tyler Durden argues at ZeroHedge that the current Syria conflict, if the media were itself still sane enough to judge such things, would be looked upon as “Obama’s Bay of Pigs,” that is, roughly speaking, another fight in which the CIA armed rebels, abandoned them, left them pissed off and crazy, and completely failed to take down the authoritarian national leader who was the target of all this risky covert effort. Durden fears “the CIA handed over Syria to Putin on a silver platter,” since Putin’s now intervening to destroy the rebel maniacs we (directly or indirectly) armed.

But there are worse things in the world than Putin and Assad, and we might yet get those things by the time this is over.

Syria’s so complicated that it has quickly become one of those things that I will happily admit I’m not at all sure about (though I’ve no doubt countless people will tell me with extreme confidence what I ought to think), but I can’t help pessimistically toting up the situation like so:

If (A) the U.S. pretends to target ISIS but mainly just wants to oust Assad even if it means letting weapons flow to ISIS and (B) Russia (if you believe what hawkish Americans say) merely pretends to target ISIS but mainly wants to crush more U.S.-leaning anti-Assad rebels forces, what do you suppose the odds are that Syria will end up with neither Russia-favored Assad nor U.S.-favored rebels, but only ISIS, who will then rule Syria? I’m guessing pretty high.

And it’s tempting, then, to hope feebly that perhaps ISIS would calm down a bit once in power—especially if the CIA actually has some sort of secret influence over them—and at least lay off the constant beheadings, immolations, and defenestrations. I mean, all that is so horrible it has to be temporary and aberrant, right? It has to be. But then again, remember how badly even those poster children for Arab sanity have been behaving lately.