Recall the vagueness of the Reform Party, urges Todd Seavey. 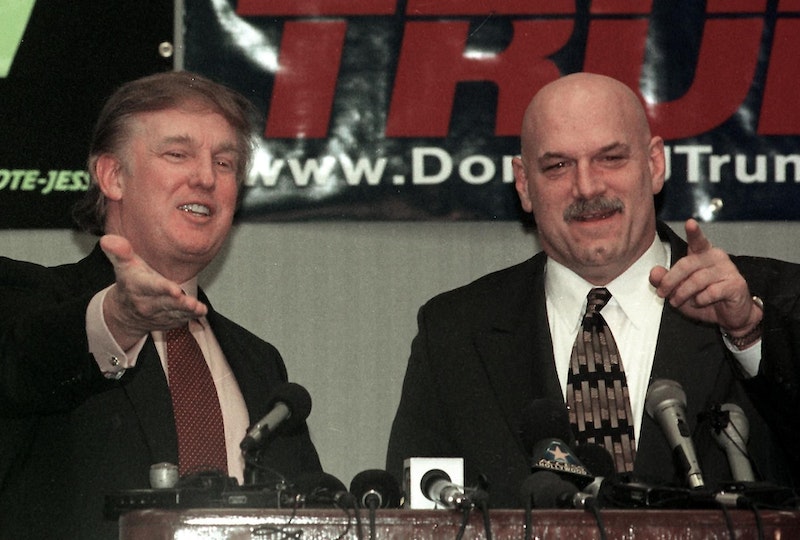 With Donald Trump hinting he might consider an independent run for the presidency if the Republicans don’t nominate him, it might be worth taking a look back at the minor political party with which he flirted in 2000.

But even at its peak, the Reform Party was odd. From the mid-90s to the mid-00s, the collection of political figures with which it was associated was as ambiguous as populism itself, that remaining the best label for its philosophy.

To be clear, I’m not just mocking minor-party efforts. In presidential elections, I’ve voted libertarian more often than Republican (no Democrats so far, but they’re welcome to try). I’ll probably end up voting for the Libertarian Party candidate—likely former New Mexico governor Gary Johnson—again next year, unless the Republicans are smart enough to nominate the only libertarian candidate they’ve got, Sen. Rand Paul.

But since Trump and his ilk get slightly more traction than my guys do, it’s worth asking what his brand of populism amounts to. Is it a liberating jab at authoritarian elites? An entertaining form of fascism? Maybe both, as in that scary meet-the-new-boss trailer, full of uniforms and maneuvers, for the upcoming Hunger Games movie?

The scary thing about populism, which most of its mainstream critics dare not say, is that it can be both thoroughly democratic and fascistic. We’ve been sold for a century on the idea that those two tendencies are opposites, but they’re not. Individualism is the real opposite of fascism. By contrast, populism (in most of its manifestations), fascism, socialism, and democracy all celebrate the triumph of the mob over each one of us.

The intellectuals of all political stripes, and politicians from the mundane to the oddball, who spent the past century or so praising the democratic will of the general populace will have no one but themselves to blame if that public does something even stupider than usual next year.