Government had its chance. 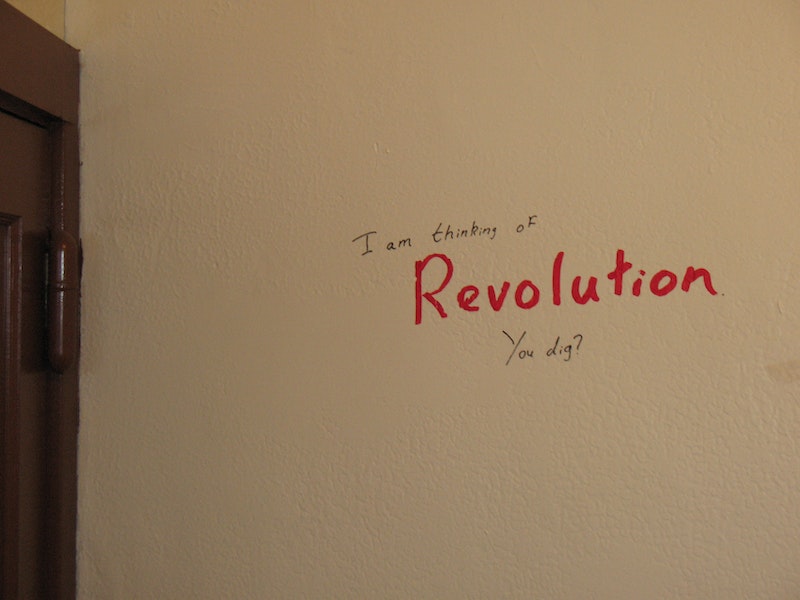 Last night was a reminder that within the libertarian movement, anarchism is no longer regarded as an embarrassing footnote.

University of Chicago/NYU law professor Richard Epstein, widely regarded as one of the smartest and most articulate defenders of the slightly-more-mainstream “limited government” form of libertarianism, was pitted in debate against up-and-coming University of Colorado Boulder “anarcho-capitalist” philosopher Michael Huemer. And the world did not come to an end, and most audience members did not go insane (though the monthly Junto meetings here in Manhattan can be odd).

It’s time we all got over our lifelong indoctrination by government, its endless insistence that it, just like the Soviet-era Communist Party, is the necessary underpinning of all things. The idea we can do without it is now thinkable and speakable. Government has lost sufficient credibility at this point.

Libertarians have long been a mix of limited-government advocates and so-called anarcho-capitalists. The latter, such as Huemer, point out that thanks to mercenary armies, arbitration firms, security guards, toll roads, and the like, there’s no reason in principle that all government functions could not be replaced (peacefully) with private ones, ridding the world of the terrible curse of government once and for all—with any luck, before government causes World War III in Syria or some other disaster even worse than the slaughtering of some 300 million people by governments in the 20th century (roughly a 10th of the human race at the time).

Last night’s Epstein/Huemer debate (attended mostly by libertarians and at least one fellow-traveler from London’s quasi-left Spiked/Institute of Ideas circle) took place four months after a brief online scuffle between mainstream libertarian David Boaz of the Cato Institute and anarcho-capitalist economist Bryan Caplan over whether anarchism is in fact becoming the plurality view among libertarians, with the once-standard “minarchist,” limited-government faction waning. I don’t know if we’ve quite reached that point yet—but we should, which is the important thing.

When my book Libertarianism for Beginners hits shelves in about six months, it will cover the waterfront in a pretty impartial fashion, and libertarianism has plenty of factions these days. But here on Splice Today, I’ll be spending at least some time during those six months nudging things in the “AnCap” (as we say) direction, if I can. Heck, if people really listened to me, I might go farther than that (having dealt with a Kafkaesque corporate bureaucracy or two that shall remain nameless for now) and recommend people just plain stop forming groups, maybe strive to avoid agreeing with each other at all.

But that goes beyond the legal-philosophy questions with which libertarianism properly deals – into culture-war talk more akin to that of the traditional left-anarchists. Or maybe even post-structuralism-influenced “post-anarchists.” Or, because unlike them I love capitalism, perhaps a new post-post-anarchism. We’ll sort it out in the months ahead.