The American Electorate’s Wisdom is Exaggerated

Ignore the condescending words of pundits like Dana Milbank. 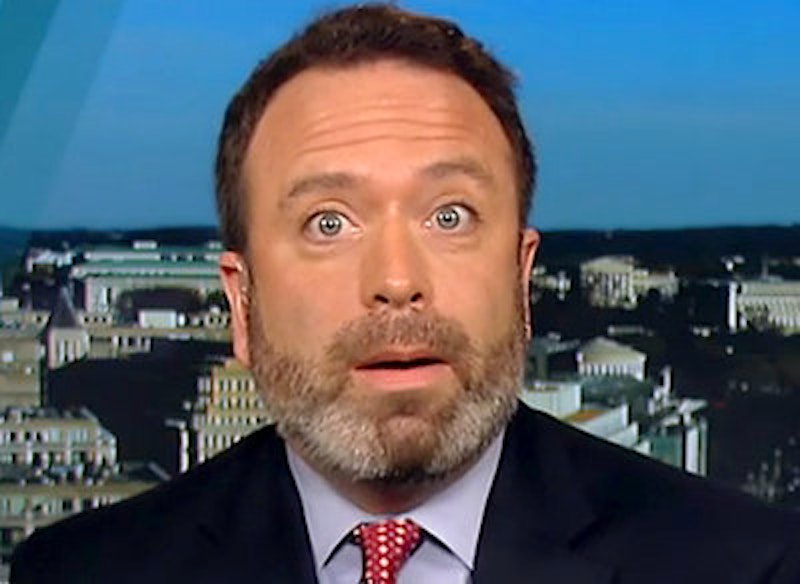 Dana Milbank isn’t much of a gambler. The Washington Post columnist made a promise a few days ago—undoubtedly not realizing that no one, save a few colleagues, will remember and hold him accountable—that he’d eat the printed page his words soiled if Donald Trump wins the GOP nomination. Very low stakes. Now, if the humor-challenged Milbank wanted to make a stir he might’ve gone bold. Walk naked outside the White House for an hour? No, that’d frighten tourists. Quit his job and take a faculty position at a New England prep school? Sentient Post skimmers can dream, but Milbank’s not yet 50, so the pay cut, in fairness, isn’t in the cards. How about this: he pledges to switch beats at the daily, maybe cover the Nationals—I like the Nats, but after the hash they made of the 2015 season, they deserve Milbank—or sizzling bridge tournaments? That was easy, now on to an examination of Milbank’s reasoning, such as it is.

Taking a cue from failed presidential nominee Mitt Romney, who spoke at Georgetown University last Wednesday and said Trump won’t win the race because “the American people usually do the right thing,” (I suppose the exception would be Romney’s loss to Obama in 2012, which is certainly true), Milbank sailed off on a civics lesson of his own. He wrote: “[M]y prediction that Trump will ultimately fail isn’t about punditry or polling. It comes from the faith that American voters are more sensible than many poll-obsessed journalists and commentators give them credit for. Trump (and Muslim-baiting Ben Carson) won’t prevail in the Republican primary because voters, in the end, tend to get it right.” (He also doesn’t feel The Bern, saying Democrats will reject Sanders because “they know a socialist won’t be elected president.”)

Once again, a holier-than-thou pundit says that Americans are a lot smarter than pundits believe. Christ, this sort of sanctimonious malarkey is so appalling that I’ve a mind to contact the remnants of the Occupy Wall Street crowd and suggest a sit-in outside the Post’s headquarters. Not that it’d do much good, but at the least the Zuccotti Park rainmakers could catch up, and either compare unemployment benefits or brag about those cool K Street jobs they snagged. Milbank concludes: “I second Romney’s analysis. No matter what 2015 polls say, 2016 won’t be the year American democracy murders itself.”

Honestly, I hope Milbank’s correct and that GOP voters reject Trump and all of his vile, semi-articulate proposals. But as one who thought, and wrote, that the downmarket celebrity would’ve self-destructed by Labor Day, I’m done with such speculation for a simple reason. I have no idea who the nominees will be next summer. On Saturday, my son Booker and I were on a jaunt around town, and since he’s loaded down with college studies and isn’t actively following politics—says he’ll wait till next spring—he asked my opinion about the 2016 election. I replied with a shrug of the shoulders, saying that in 2011 it was a safe bet Romney would prevail, but this time it’s all up for grabs. Today, my money—about a nickel—says it’ll be a Rubio-Clinton race. And I fully realize that means… nothing.

I’ve enthusiastically followed politics since 1968 and can’t remember such a confusing presidential contest as the current one. George Wallace tossed a couple of grenades, as did Ross Perot, but there was no reasonable expectation of either winning the White House. John Kerry came from behind in ’04; McGovern surprised Ed Muskie in ’72; and John McCain scared the Bush Machine in 2000, but that’s all normal politics.

But I can’t now rule out the possibility that either Trump or Sanders will win next year. Unlike Milbank, and his goo-goo Beltway authors of “the first draft of history,” I don’t have the faith that voters “tend to get it right.” That sounds harsh, but most Americans don’t think about elections this early, ranking the topic far below work (or lack thereof), family, religion, sports or Hollywood gossip. In a nation where, I’d imagine, a small minority of citizens can name even four Supreme Court justices, let alone their Congressman, why do the likes of Milbank have such confidence in their wisdom? Beats me.

When the primaries and caucuses roll around in several months, it’s quite conceivable that the upstarts win a few rounds and cause havoc. For example, Carly Fiorina, recipient of absurdly abundant media attention, ought to be in Scott Walker’s position right now simply because of her record at Hewlett-Packard. But that doesn’t mean her popularity won’t resonate, at least on the day of a primary, with a state’s voters. Ben Carson’s worldview is frightening; Trump’s bigotry and foreign policy gaffes are nearly legendary; and Sanders’ enthusiastic call for a lot more government and regulations is an economic nightmare. Doesn’t mean squat. This time around, as the past four months have shown, expect the unexpected and prepare for the worst.