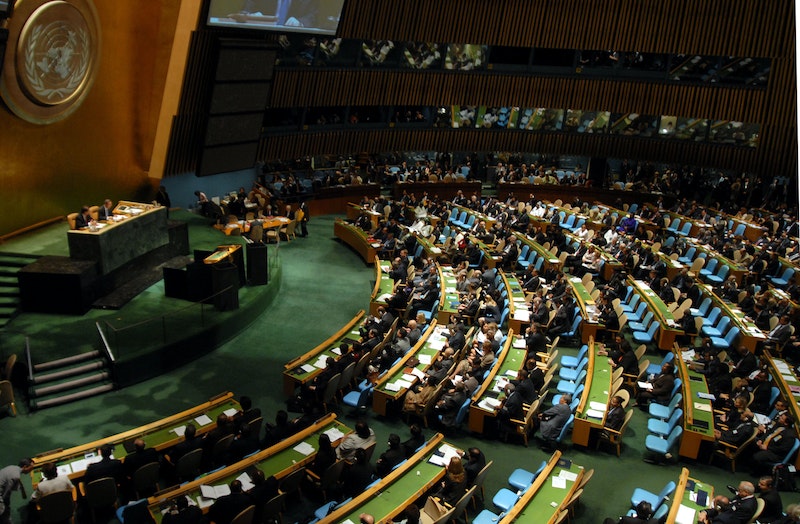 I assume anti-online-harassment activists such as Anita Sarkeesian and Zoe Quinn are happy about the United Nations’ big report on “cyber violence.” Unfortunately, it’s apparently one of the worst-footnoted documents in human history, with citations to at least one site that doesn’t exist and several footnotes that are simply blank.

But my purpose is not to dismiss the importance of real, credible threats of assault or murder online. For current purposes, I won’t even delve into the more ambiguous question of how insulting one can be in an online forum. The more important point here, I think, is that the United Nations is stupid.

Yet many people trust that gigantic, antiquated bureaucracy—one of the most expensive and wasteful in human history—to be the arbiter of truth. They’re all collectivists at heart, in love with the exactly-backwards idea that centralization and homogenization yields more credible results, when everything that’s happened in the world since the era of the UN’s creation is evidence that’s not so.

Look at climate paranoia. Without getting into the whole complicated question of whether we’re doomed by carbon dioxide, do you realize how hard the UN has to work to corral all of the scientists linked to its occasional climate reports into agreeing not to keep tinkering with, revising, and overturning their conclusions—the way scientists normally do and should—in order to foster the misleading impression that every subsidiary little report going into the big one, often on trivial and non-controversial matters such as rare cloud formations, has been vetted and approved by every other report’s authors? They haven’t been. It’s all still in flux, and the scientists will admit that, individually.

Collectively, the UN bureaucracy pretends to speak for them all—oh, and coincidentally concludes that to avoid the complete destruction of the planet, the thing to do is have rich nations, like the ones who foot 86 percent of the bill for the UN, pour trillions of dollars into poorer nations, like most of the UN members. Who would’ve guessed?

For science, the UN is as dangerous and bad a detour as the French Academy was back in the days when it tried to centralize all French reseach and dictate final conclusions, while the decentralized and competitive science research over in individualistic England kicked France’s derriere.

The desire to have a centralized, final verdict—on anything—really springs from an anxious hatred of uncertainty that has as little place in science as it does in economics. The UN naturally leans toward socialism and Malthus: the illusion of authority and fear of chaos. Anarchism—and the optimism it inevitably fosters—is the better path, in information as in governance.

I will turn with renewed attention to that topic tomorrow.