They Shoot Retired Editors, Don't They? 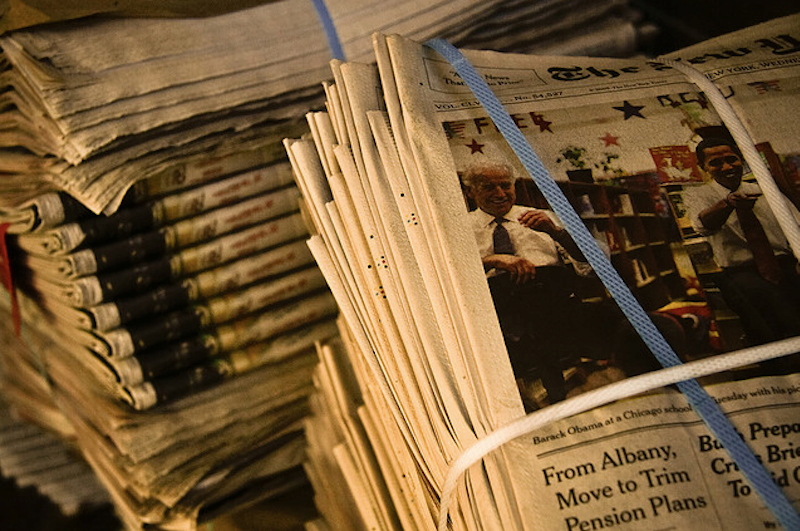 When New York Times executive editors are put out to pasture, it’s not so wise to award them the sinecure of a regular op-ed column. Not that long ago, Spy magazine regularly referenced “Abe ‘I’m Writing as Bad as I Can’ Rosenthal,” using the onetime powerful editor at the Times as an example of just another washed-up journalist. By today’s standards that insult seems quaint, but at the time (the late 1980s) it was not only funny, but also devastatingly accurate.

Bill Keller, who just finished a relatively brief run as the paper’s executive editor—not a favorite of publisher Arthur Sulzberger, Jr., Keller assumed the post when Howell Raines was forced to resign in 2003 for a number of reasons, the tawdry Jayson Blair plagiarism scandal just the headliner—has begun a biweekly column and, judging by two initial efforts, he’d have been better off to accept whatever passes for a golden parachute at the Times in this miserable stretch for media companies, and take up gardening, sky-diving, pinochle, bocce, quilting or speech-making. Anything but writing.

Keller is distressed that President Obama’s political fortunes have nosedived since his heady inauguration in 2009, when the editor and his family joined the “footsore pilgrims” in Washington, and even though he’s “pretty immune to political euphoria,” was euphoric, believing that the Man From Hope & Change could unite the country. That hope dashed, Keller places most of the blame for Obama’s shrinking presidency on George W. Bush’s eight years in office and the problems he inherited, such as the ongoing recession and two “unfunded wars.” He doesn’t think it’s particularly fair that a new president, even three years into his term, “owns” these difficulties, but says that’s “what passes for accountability in our system.” Never mind that no one forced Obama to run for the presidency.

That, not surprisingly for a Times editor, sums up Keller’s political views, which is neither here nor there save for the fact that he feels compelled to write about them. On Sept. 19, for example, Keller laments Bush’s “toxic legacy” of “angry conservative populism,” and says, “The Tea Party Faction has captured not only the Republican primary process, but to a large extent the national conversation and the legislative machinery.” Now, I understand that the world, at least the media world, moves at a faster clip than when people actually read the Times in print, but just three weeks later, Keller’s column, headlined “Is the Tea Party Over?” speculated that the loosely-assembled group of “angry populists” might now be passé, and apparently is no longer dictating the “national conversation.” Keller didn’t say so, but my guess is that he now thinks those rascals in Lower Manhattan’s Zuccotti Park who are setting the country to right about greedy corporate bankers, and have eclipsed the Tea Party, at least in his circle of friends and colleagues.

The gist of Keller’s latest, revised state of the union, is that no Republican candidate has captured the backing of Tea Partiers, even though the aspirants have auditioned in a “spectacle about as deliberative as speed-dating” and are left with either Mitt Romney or Rick Perry. Yet by the end of the column, Keller, writing under the dateline of Austin, TX, says that Perry is the “Tea Party’s dream candidate, the one remaining figure who could translate a noisy backlash into serious power.” Who knows how many people actually read Keller’s columns, but I doubt I’m alone in wondering how he got so confused. Liberals understandably want the Tea Party to vanish, but they don’t realize that it was never a political party as such, but rather a populist movement. Mitt Romney is, by nature, a center-right politician (depending on what month it is), who’d be a fairly traditional candidate if not for the millions of voters who crave the red meat of a deficit hawk who will upend the status quo in Washington. So his platform is Tea Party-infused, for better or worse.

To be fair, some of this unedifying scramble can indeed be blamed on the press corps. Special props go to the hyperactive political news sites that crave a fresh narrative every 15 minutes, even if it’s a sitcom like Donald Trump. And a hat tip to Fox News, which has helped trivialize the campaign by offering a platform to one not-ready-for-prime-time Republican candidate after another. On behalf of journalism, sincerest apologies for wasting so much of your time.”

It’s bad enough—egregious, really—that Keller’s Gingrich-like ego compels him to take on the role of journalism’s spokesman, but did he have to use the words “props,” “hat tip” and “narrative” in the same paragraph? That distresses me: in two weeks, I imagine Keller will open his column by writing, “Sup, Bro?”