Are there too many Jews? 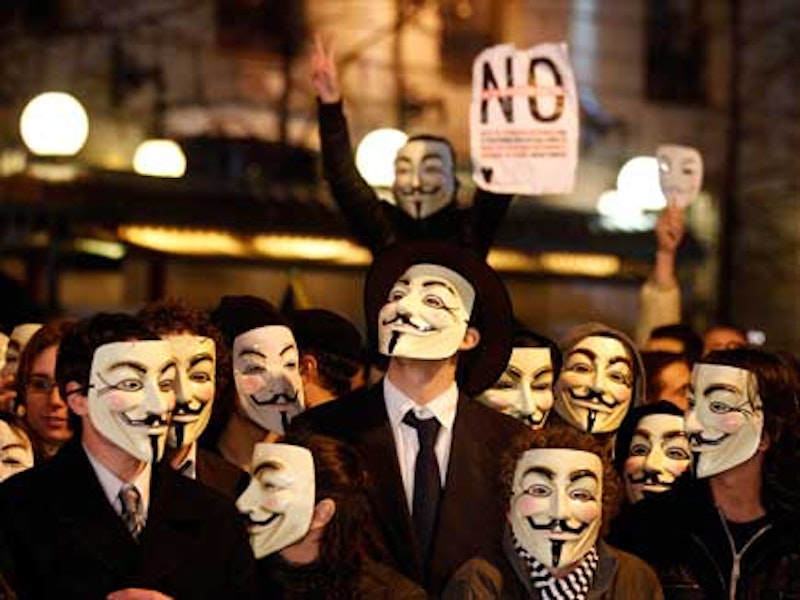 Today, across social media platforms, people using the hashtag #TheTriggering will post offensive things as an affirmation of their right to free speech. I think it’s important to underscore that speech is just as free whether people choose to be offensive or choose not to be—and I think private organizations such as social media platforms have a right to set their own standards of decorum as long as they’re honest and forthright about them—but I’m certainly curious to see how this day plays out.

Even in the absence of government censorship threats, there are times when intellectual boldness and frank speech are called for and should be applauded. Kindness is a virtue, I genuinely believe, but cowardice is not. We are likely wrong about many things, and we need people to ask the forbidden questions once in a while. At the very least, we need people to get better at distinguishing between malevolent statements and ones that merely touch on taboo topics without ill intent.

Too often, people just flip out if you mention, say, the Nazis, without even pausing to check whether you’re making a pro- or anti-Nazi statement. Many also seem to think the rational part of the argument is over once “Godwin’s law” is exemplified by any mention of the Nazis—even if the mention in question was a perfectly reasonable one, such as explaining who invaded Poland in the 1930s, provided the villains for the Indiana Jones movies, or did most of Europe’s early rocketry research. Sometimes, you should mention Nazis.

Furthermore, it might be extremely helpful at times to ask creepy questions such as, “What are the Nazis thinking right now?” Yet you know someone’s going to get offended if, for instance, I float the question “If Sanders and Bloomberg were still likely presidential prospects, do you think those militia cranks who talk about a secret ‘Zionist Occupational Government’ would be getting more agitated, seeing too many New York Jews nearing the Oval Office? Are those sorts of militia guys still a thing?” (I’ll say this much for Bloomberg, by the way: He may be one more authoritarian we don’t need, but his company’s Twitter page happens to look as if it’s a black-and-gold, Libertarian Party-approved anarcho-capitalist page, with an “LP” on it and everything.)

You can never be 100 percent certain when people will get offended. Some thought it offensive when Sanders doubted whites understand “the ghetto.” Is it offensive if I’m tempted to counter Sanders’ assertion, though, by pointing to the existence of Elvis’s heartfelt song “In the Ghetto”? To someone, probably—though it isn’t always clear exactly why or when, and I tend to err on the side of being a generous listener.

Sometimes, of course, being offensive or saying the wrong thing at the wrong time can catapult you to fame and power. It might get me banned from Fox News, where I worked (eagerly and loyally and with a largely sympatico free-market perspective) six years ago but am now as far as I can discern not allowed in the building even if invited, but by contrast it can lead to Christopher Poole, the founder of the notoriously offensive and free-wheeling online message board 4Chan, being hired by Google (will search results become wackier or deliberately confusing, all Rick-rolling maybe?).

And since the announcement of Poole’s hiring came within days of the news that another Google executive will be a consultant to the Pentagon about innovation, one can’t help wondering whether we’re getting closer to the day when 4Chan takes over the government.

One of the great ironies if that happened would be the fact that 4Chan also spawned the subversive hacker group Anonymous, so we might yet live to see the day when 4Chan trolls dominate radical movements and major commerce and the government. There’s a thin line between anarchy and the establishment, almost as if we’re stuck in some sort of political Mobius strip in which all things become their opposites. Well played, trolls! (Have I mentioned lately that, the last time I checked, Wikipedia’s page on the use of the Guy Fawkes mask in political protests credited me with co-founding that trend? All a routine part of being a registered Republican.)

In any case, I hope we’ll be able to tell the difference between the authoritarians and the freedom fighters as this culture continues, offensively and chaotically, to evolve. It gets tricky. It’s always a bit unsettling when you roam online and realize neo-Nazis can do comedy, for instance—but it’s eye-opening, sort of like when you realize there are religious fundamentalists who can do philosophy well, or UFO believers who do good science. It limbers up the brain, and that’s necessary once in a while.

That third thing is something you really shouldn’t do, needless to say, even though you have the legal right and should retain that right. It doesn’t make me a killjoy to say so, and plenty of people will find me offensive for numerous reasons anyway.

There are trade-offs in comedy, as in other art. How funny does something have to be to have artistic merit that outweighs the morally degrading effects it might have? Maybe today’s hashtag event will teach us. I certainly felt a bit dirty that time I learned that someone on YouTube synched footage of Holocaust cattle cars moving people to the song “Funky Town,” but was the video created by neo-Nazis? It takes some digging to figure that out online these days, what with all the half-joking trolls of myriad strange political persuasions. You just never know, and it’s getting more opaque all the time. I’m more frightened, in a way, though, by things like this dead-serious, rather beautiful, and only very vaguely fascistic French rock video (created by a Jewish performer, it turns out).

It’d be a great cultural hat trick if we managed to exit this year of Trump with a renewed enthusiasm for free speech and renewed dislike of fascism. It should be obvious those two sentiments go together, though if you suppress the fascists enough, they start thinking they’re the freedom fighters, and the liberals dream of being authoritarians, as if politics weren’t confusing enough to begin with.

I hope we at least resolve it by one year after the election, when the young cyber-savvy crypto-fascists will be lining up to watch Thor: Ragnarok in theaters (mere inches away from me). By the time that comes out, I would like to have a better handle on who’s wearing his right-wing neo-pagan hammer medallion ironically and who really means it. But perhaps I will never be sure again. Maybe none of us will. Maybe future court cases will see members of radical groups pleading, “trolling.”

The important thing must be my own mind rather than trying to read others’, though. Long before ever being harangued by the PC squads in college, back in childhood I ruled out using insults like “bitch” and “gay,” for the simple reason that if I didn’t think these things were actually negative qualities, there was no rational reason to deploy them as insults. The PC folk are correct, in a sense, that you wouldn’t (logically) be calling someone, say, a “towelhead” unless you thought there was something inherently bad about being an Arab.

I never had the desire to gin up negative connotations where there needn’t be any just for the sake of quick, cheap daily doses of sadism—not when there are so many constructive jokes and well-deserved insults to be deployed instead. You can offend people purely for the sake of having an impact, or you can offend them in morally sound ways that actually help goad the world into becoming a better place. Sadly, the PC police usually can’t tell the difference, and I’m sure some participants in today’s #TheTriggering event can’t either. But we’ll survive the experiment. And we may learn a few things—and perhaps come away with both tougher skins and larger brains.