What’s going on at Fox? 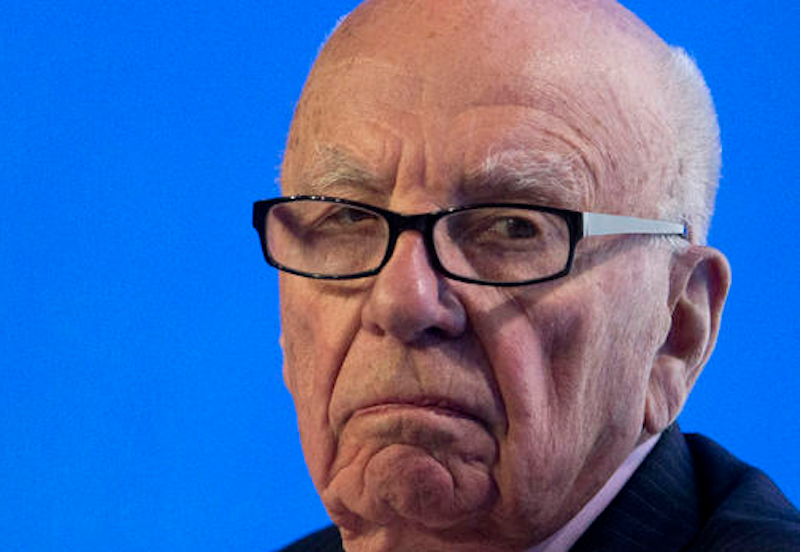 Rupert Murdoch is a tweeting mystery. Early Friday morning, five or six hours after the Republicans’ Fox News debate: “If Trump nominated some Republicans may stay home, but not nearly as many Dems already abstaining or crossing over!” This tweet is in line with the history maker that Murdoch issued the day after Super Tuesday: “As predicted, Trump reaching out to make peace with Republican ‘establishment’. If he becomes inevitable party would be mad not to unify.” The “mad not to unify” tweet caused people to think Murdoch now favored Donald Trump. Right before Fox News, which Murdoch owns, was going to host a debate of the GOP presidential candidates.

The evening of the debate, a writer at Gawker said, “For Trump and Fox, tonight figures to be a glorious, collegial affair.” It wasn’t. The questions for all the candidates were pointed, but with Trump the moderators took extra pains. Megyn Kelly hung in there, cheery but stubborn, regarding Trump University. Chris Wallace did gratifying work with on-screen tables to show up Trump’s budget claims. The morning after, another writer at Gawker said, “Donald Trump arrived, unsuspecting, for his ambush.” The new idea was that Trump had been lulled, then sandbagged.

But then we have Murdoch’s early-morning tweet on the good effects of a Trump candidacy. What’s up with that? The trap’s already sprung, but Murdoch keeps laying the groundwork. Bizarre. Or maybe the tweet had been cued up and set to go automatically. I suppose there’s software for managing these things. Okay, somebody put the wrong day for this particular tweet.

Now Murdoch has fallen quiet, at least on social media (“No more tweets for ten days or ever! Feel like the luckiest AND happiest man in world.”). In the meantime, we have New York magazine. The magazine’s Internet site posted an item in January that said Roger Ailes, who runs Fox News for Murdoch, had fallen into eclipse. The item said Ailes hadn’t been speaking up like he used to, and that Murdoch had been inviting himself to the news boss’ “daily executive meeting held on the second floor of Fox headquarters.” New York figured that Murdoch was so much in, and Ailes so much out, that the change amounted to a “new chapter in the network’s history.”

Yet we have Trump’s man-handling at the Detroit debate. If Murdoch’s friendly tweets weren’t a dodge, then either Fox’s new chapter is waiting a few months or Ailes has chosen a hill to die on. If Ailes is staging a last stand, he must dislike Trump very much. Of course, he has reason to. Most likely it was Trump who told New York last August that Ailes had called again and again, “begging” Trump to say they were on good terms again after the Megyn Kelly flap. Most likely the story was a lie, and Ailes seems the sort of person who’d remember. He’d also remember the flap itself.

On the other hand, the January New York piece said a sure sign of the Ailes eclipse was the uncertain way Fox had been handling Trump. “There is no Trump strategy,” said a source. On the hand after that, New York reported in February that Ailes had been behind a press release making fun of Trump for ducking out of the channel’s pre-Iowa debate. (“A lot of people on the second floor didn’t think it was a good idea,” said “a highly placed source.”) The piece didn’t say if making fun amounted to a strategy. Still, an Ailes position toward Trump seems evident.

If Murdoch did flip to Trump, maybe Ailes is daring his boss to come and get him. Or maybe not. Maybe the intern in charge of Murdoch’s Twitter feed just got fired.