All immigration narratives are false. 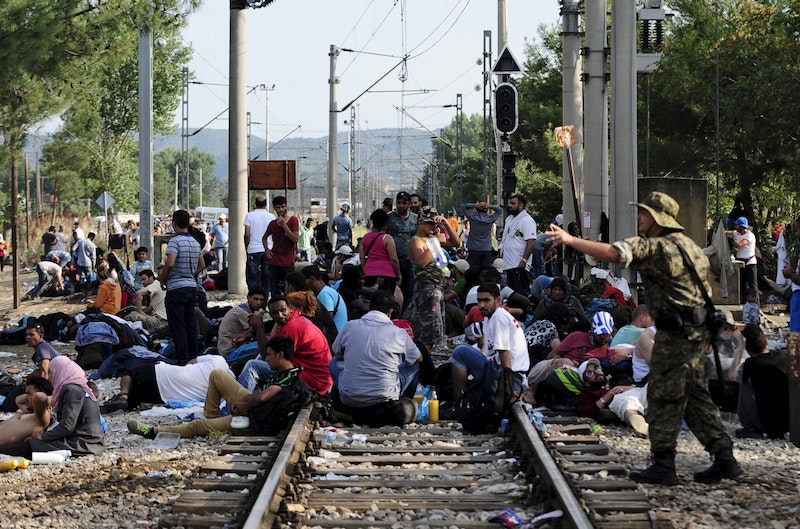 Humans are individuals, and things go wrong fast when we instead try to carve them up into permanent blocks, collectives. So you’re just asking for trouble trying to determine if “immigration” as a monolithic thing is good or bad. Unfortunately, most politically engaged people demand that things be either all-good or all-bad before they opine on them. And so the oversimplification, lies, propaganda, and self-deception must begin.

I’m particularly amazed by some of the twists and turns the far-right has to go through to maintain its worldview, often insisting that Muslim immigrants are deadly infiltrators—except when the government appears to agree with them, at which point the far-right types switch gears and insist that terrorism is being grossly exaggerated as an excuse to seize guns and justify military expansionism.

It’s a reminder that immigration—like religion—is filled with complex tradeoffs and shouldn’t be treated as an all-good or all-bad phenomenon. Neither right nor left can currently pretend to be treating the issue in a nuanced fashion. The left would, generally speaking, like us to be tolerant and welcoming toward newcomers. Great! Immigration, in keeping with the complexity to which I alluded above, has many good points—so the left should be able to make its case without lying.

Yet those Muslim migrants in Europe who are violent now basically work in tandem with left-wing governments that are hell-bent on covering up reports of migrant violence, and Facebook is even helping those European governments remove posts that attempt to expose the violence. Meanwhile, in the U.S., liberals insist our main problem with Muslim immigrants is the bigotry inexplicably directed against them—a narrative that requires strenuous effort to maintain each time a machete-wielding attacker in Ohio named Mohamed goes on a rampage and miraculously vanishes from the news cycle (this actually happened).

And the blackouts only further encourages the crazies back over on the far-right, whose main motivating attitude, I think, is not so much “I hate everyone” as “Don’t piss on me and tell me it’s raining.” How far are the left-allied media willing to go to maintain the illusion of happy fun times? Blogger Rob Graham caught multiple media simultaneously erasing past references to the Boston bombers as “refugees.” Can't have that, now that the prevailing, sweeping liberal axiom is that refugees are harmless!

Ultimately, thinking like individualists would solve multiple huge problems with one blow: focus on the tiny handful of individual troublemakers, leave everyone else alone to migrate or stay put as they choose, and stop trying to bend whole tribes and statistical aggregates into the unnatural shapes needed to maintain collectivist super-narratives.

A culture that gets too comfortable dealing in vast, sweeping generalizations about whole subsets of the populace will probably be more prone to vast, collectivist programs for dealing with that populace. Take the talk of deporting all the illegals (not that many of them are violent, or for that matter even Muslims, but again, these big narratives keep scooping up unlike cases into one giant bundle). That’s about three percent of the U.S. population. Are we really talking about, what, every 30th person in the U.S. being seized by the other 29 and forcibly sent packing? That’s like making an entire New York City, and then some, vanish. Is that not going to be a bigger strain on our day to day activities than, say, issuing extra driver’s licenses is?

Keep up that kind of crazy Trump-era talk and we’re going to end up with something really drastic happening, like Roger Waters mounting another politically pointed performance of The Wall, this time at a Texas border. But the left doesn’t help its case when it does things like proudly trumpet the statistical claim that non-Muslim terror incidents are about equally as common in the U.S. as Muslim ones—a claim that’s true but only because Muslims remain about one percent of the population. After liberals parade their happy stat up and down all willing media venues, how long do you think it takes for those increasingly pissed off, lied-to far-right guys I mentioned to do the simple math and conclude that this means Muslims are 100 times more violent per capita than the rest of the population? How do you think they’ll react then to your other arguments for tolerance and peace?

But letting the vapidity of the left turn you into a Trumper or some variation on the EU far right isn’t the answer and isn’t even really a push back against the left. It means letting the left bully you into becoming the white version of a multiculturalist, reduced to eternal ethnic squabbles alongside all those other tribes you were worried about. Way to go, skinhead, you just lost the game by insisting on playing it when you could have risen above and defended simple, fair rules that make the game more pleasant for all individuals.