We are now a smaller people. 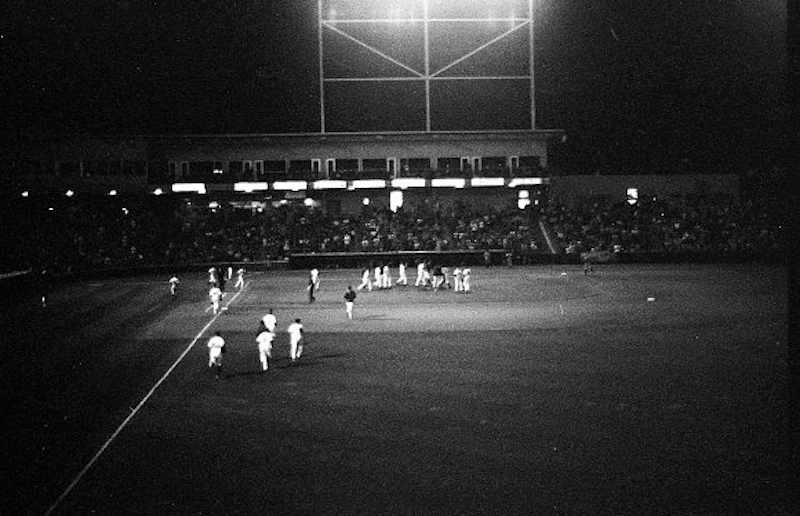 The waning winter brings not only Lent but also the year’s first warm days, which bring in turn the promise of baseball. Glorious baseball! That most American of all sports, most organically rooted in the soil of our homeland! I am in love with the game.

Not with Major League Baseball, I should stress, which is an appalling phenomenon of the industrial sporting complex. Rather, my cohort and I find our baseball enjoyment on the most local level possible, having for several years now followed our regional high school’s nine, the Ducks.

Last year we attended all of the Ducks’ home games, and I dare to hope that our good wishes powered the team to its somewhat better than .500 finish. To be sure, baseball at the school level offers little in the way of the long ball. But there is pleasure to be had on this level, from the pungent local color on display at high school diamonds; to the rather old-fashioned uniforms that recall an older, republican America; to the vital physiques of the young infielders as they crouch in readiness during the pitchers’ sometimes inexpert wind-ups.

I will write more of our local Ducks’ season in this diary as it develops.

The news from Europe is appalling. The decline of the Old Continent continues, as the neo-liberal/neo-conservative project—underwritten by international capital and spearheaded by the Soros cabal—to replace indigenous populations with Mohammadens gathers force.

I would not go so far as to call this a “genocide,” as certain political allies of mine do. But it’s a rum business. This dispatch by Christopher Caldwell in The Weekly Standard paints a bleak picture of an EU rotted away by its cosmopolitanism and its denial of its Christian inheritance. (I am actually surprised that The Weekly Standard, a warmongering house organ of the Davos conspiracy, should print such a truly conservative article.)

Yet an observer will be at a loss to know where the solution lies. Poland, for example, has been brave in resisting the Brussels jackboot, its officials strongly objecting to Frau Merkel’s lunatic migrant policies. Yet is Poland worthy of our sympathy? She is, after all, Russophobic in her foreign policy, even going so far as to ally herself with the genocidally anti-Russian butchers of Ukraine’s post-Maidan government.

Meanwhile, at home, this election cycle’s only viable advocate of foreign policy of prudence and restraint (if that’s what he is) is a vulgar carny barker, a Times Square procurer, a gilded Willie-off-the-pickle-boat who embodies sexual license and, thrice-wedded, currently ruts with a Slovene jade. (Of whom—I have it on good authority—photographs in her bathing suit, or worse, circulate on the Internet. I might mention here that, inasmuch as I have seen the woman’s wanton image in passing, I find her unattractive.)

I fear that that stern political virtue embodied by the Old American Republic has dissipated among us. We are now a smaller people—if, in fact, we even remain a people.

Yet I would end this blog post on the same hopeful note as that on which I commenced. We have commenced Lent, on the other side of the rigors of which awaits Easter, the glorious GREAT PASCHA of our Holy Russian Orthodox Church. A Pascha of delight, the Lord’s Pascha, an all-venerable Pascha! Despair not! Christ will be risen!