These are the Sounds of our Injustice 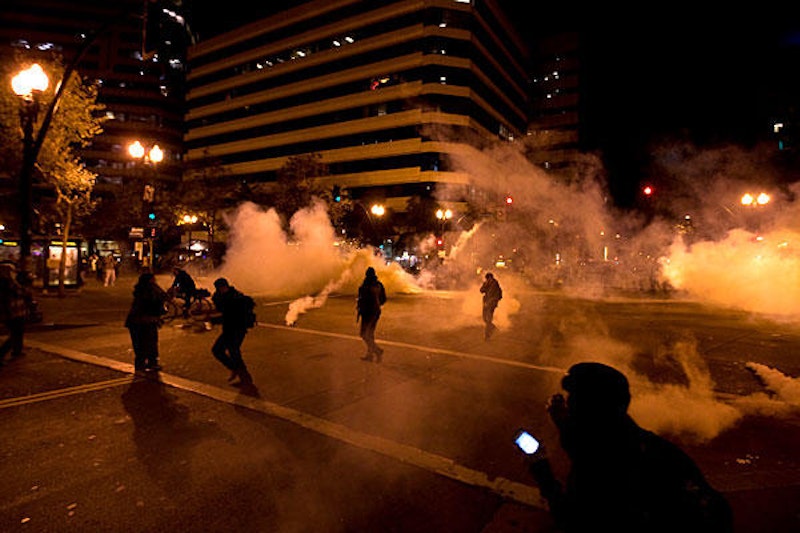 So this was early 2000 or 2001 in Baltimore, downtown in Fells Point, just after The New Pornographers show let out; we were walking back to our cars. Two people stood in rangy silhouette near an ATM machine. One person handed a $20 bill to another person, who threw the bill back with a sneer. I had only a fleeting sense of what the dispute seemed to be about, what I could make out: some confusion over whether one person swiped another’s left 20 from a bar; time’s softened the specifics to mush in memory. What I remember very, very clearly, even now, is how swiftly the tension between two strangers erupted into a full-fledged street brawl.

It was like something out of a movie; one person shoved the other, and suddenly dudes were just coming out of nowhere with fisticuffs flying. We fled, of course, and never looked back, but that quick-hit of just-add-provocation street violence is something I’ll probably never forget.

Inauspicious at first, the audio linked above—a recording taken during an Occupy Oakland tear-gassing on November 2, 2011—betrays little of what is to come in its opening seconds, and seems somewhat reminiscent of my experience all those years back. Voices ring out conversationally and confrontationally; there’s a communal crackle in the air; police scanners squawk, feeding a sort of fractal noise-rock ambiance into the mix; a reporter files a television piece about the occupation, or maybe someone listens to a television piece a reporter filed about the occupation; a robotic voice instructs the assembled to vacate the area immediately in a bored, less-than-urgent monotone that’s lost in the vortex of competing sonics. “They ain’t got no weapons, man,” a youth shouts. Little does he know. Then, a minute in, the going gets slightly hairier. The loudspeaker warning drones on. Muttered conversations bleed into the battering of drums and ragged chants rising almost inchoate from the guts of the protest. Then the tear gasses erupt, and the mood shifts ever so slightly, and the palpable buzz and crackle of a massed, anticipatory crowd gives way to a gradually escalating hysteria.

This is hard to listen to, for several reasons. First: it just doesn’t seem as uncomfortable as a recording of peaceful protestors being tear-gassed should sound; there’s a washed-out, tinny tone to the chanting, as if the recording we being made from a distance, and this has the effect of making the listener feel removed, emotionally, from the Constitution-stomping nature of the police action and subsequently leading the listener to feel bad for feeling that way.

Second: people are suffering on this recording, but so many of their voices are so faint, see, including the woman yelling because her friend is having an asthma attack because of the gas, all of which feels like a too-neat metaphor for why the Occupy movement has to exist at all.

Third: people start swearing, which is disconcerting in social situations.

Fourth: did you notice that expressions of suffering are outnumbered by impassioned collective sloganeering? The humanity of that, and the knowledge that all of these people probably joined hands and shut their eyes tight and sunk their minds into chain-linked declarations of unity and equality in the face of gallons of noxious chemical gas, gives one great pause, and underlines the point that all of us should really be out there with them, that contributing books and money and unquantifiable online support isn’t really enough.

Fifth: given the intractability of our financial and political institutions, I fear that this may be our future—one that makes street corner dust-ups over beer-soaked 20s look like chump change.