There Is a Global Jihad 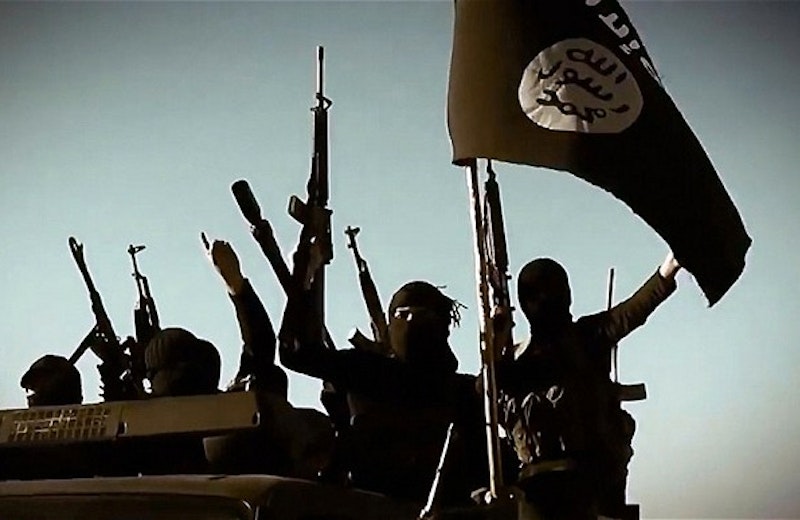 Heading up the Senate Judiciary Committee on Islamism this week, Ted Cruz was presented with a forum to explore his doubts about "the religion of peace." His star witness was Department of Homeland Security whistleblower, Philip Haney, who read a prepared statement to the committee and then answered questions. His statement offered a withering criticism of the Obama administration, which he says has chosen to treat the Muslim Brotherhood with kid gloves at the expense of effective law enforcement and counterterrorism efforts.

Haney didn't mince words. He held up the Muslim Brotherhood logo, explaining that one of its quotes (from the Quran) means, "Prepare yourself to terrorize your adversaries with deeds and weapons of war." Haney referred to the "abrogation" of duty by the Obama administration after the Holy Land Foundation terror-financing trial in 2008, which produced a trove of information on domestic organizations linked to terrorism.

One of the trial's revelations was a document entitled "An Explanatory Memorandum on the General Strategic for the Group in North America," by Muslim Brotherhood operative Mohamed Akram, which listed 29 "organizations of our friends" sharing the common goal of gutting American institutions and turning the U.S. into a Muslim nation. These "friends" were groups that could help convince Muslims "that their work in America is a kind of grand Jihad in eliminating and destroying the Western civilization from within... so that ... God's religion [Islam] is made victorious over all other religions." Akram realized that terrorist attacks wouldn’t be effective in the U.S., so his was a stealth jihad plan, employing non-confrontational means. The ultimate goal is to Islamize the U.S., but only as part of the grander goal of creating a global Islamic state.

The blockbuster Holy Land trial also produced convincing evidence that the Council on American-Islamic Relations (CAIR), Islamic Society of North America (ISNA), and North American Islamic Trust (NAIT) are connected with Hamas. These organizations, which project the veneer of respectability, were rightly concerned that being linked with a terrorist organization would hurt their reputations, but the judge refused their entreaties to remove the incriminating information from the trial record.

Haney also detailed the systematic "modification" by the Obama administration of over 800 of his records pertaining to the Muslim Brotherhood, and described how official law enforcement documents were scrubbed of words like "jihad," "Sharia law," and "ummah," which refers to the global Muslim community. Haney spoke of one case he'd been working on that got shut down by Hillary Clinton's State Department and the DHS Office of Civil Liberties out of concerns about offending Muslims. That case had direct ties to both the San Bernardino and Orlando terrorist attacks, and the DHS whistleblower feels confident that, with the case still open, both of those incidents would have been prevented.

Ted Cruz also questioned a woman named Farhana Khera, Executive Director and President of Muslim Advocates, an organization that requested the FBI purge training material they believed to be “offensive and inflammatory” to Muslims. She told Cruz that not only were certain words offensive to the Muslim community, but "more importantly, they make us less safe" by painting an entire faith community with a broad brush of suspicion. This is a warmed-over, "we're playing right into ISIS' hands" argument, with no supporting evidence. If we do something logical like use the word "jihad" where applicable, we give a gift to ISIS, or so we're to believe. Khera's answer, pretending that safety is her actual concern, is clever and dishonest.

Khera testified that public officials should not speak of "global jihad." According to her, only specific groups, such as ISIS, should be acknowledged, just like when there's an act of Christian terror, only a specific group, such the KKK, is reported on, not "radical Christian terrorism." There’s no Christian plan to impose Christianity on all nations in the name of Jesus Christ, which is probably why Khera doesn't ever hear of this concept.

Khera's disingenuous words were delivered with a smiling, reasonable-sounding affect, just like Attorney General Loretta Lynn does when explaining how Americans must not be allowed to listen to the 911 call by a Muslim terrorist. Obama’s administration has gaslighted Americans for years now. Key minutes in State Department videos are edited out, he says he said things he didn't say, government documents are "modified" and purged of "offensive" language. Obama trusts people like Khera over Haney, which is a good deal for her constituents, but not Americans in general. She told Cruz there’s no "pathway to radicalization." It's mostly just vulnerable people, she said, looking to be a part of a group. These poor lost souls are equally divided among all religions, of course.

The President, allowing a blatant advocate like Farhana Khera to influence U.S. counterterrorism efforts is a travesty of leadership. It's why Donald Trump can question his patriotism to the point of implying treason and get away with it. A dedicated terrorism fighter like Haney ends up investigated by three government agencies (cleared each time) in Obama's world, while he coddles the Muslim Brotherhood and pretends there's no stealth jihad happening, some of it in mosques.