Britain, I Point and Laugh

English chumps suck it some more. 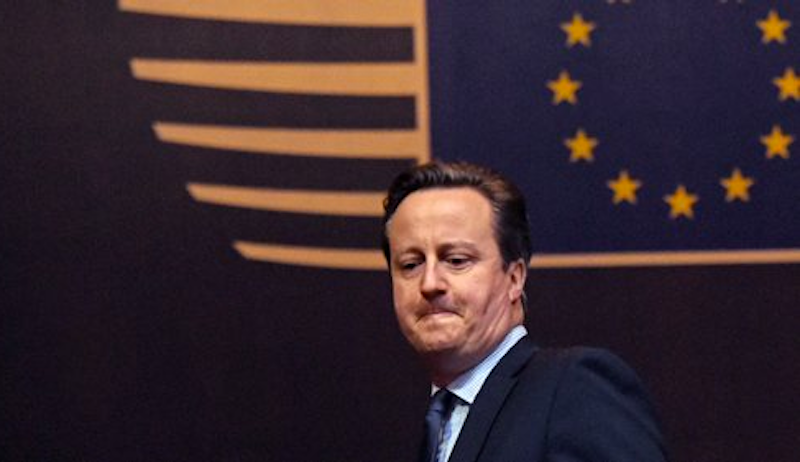 First, please hear this: Ha ha, hah-ha… Ha ha, hah-ha... Hah… hah…ha…HAH-hahhhh. That’s the opening to Tchaikovsky’s first piano concerto, kind of. No connection with the British crisis, but I love the cadence. And a simple “ha ha” doesn’t cover the Brits’ situation. They deserve something full-scale.

Oh, I remember my backpacking days. I remember what the Brits used to say about Americans. We didn’t know a lot, we were flat-footed in intellectual matters, we were gullible and literal-minded. Sometimes I was excepted from all this, sometimes not. But now the verdict slides off my shoulders. I can report that the Brits touched off a global crisis because they looked at the side of a bright red bus and took it for a referendum platform. White paint on red paint: “£350 million” and “National Health,” Brits fell like an Ohio yokel in 2002. But when the President put “al-Qaeda” and “Saddam” in the same sentence, people were listening to their national leader talking about a war. His gambit traded on loyalty and goodwill, and on gullibility too. Boris Johnson and his red bus ran on gullibility and nothing else.

America has often looked crazy, especially to me, and that has added to my resentment of derisive Brits. But now England has the staggers. In America, Elizabeth Warren and Hillary Clinton are knitting together centrists and the near left. Meanwhile, Labour’s members of Parliament gather in a big room to yell at their leader. Not only that, but crowds of citizens standing outside the building yell about the MPs who are yelling inside the building. Labour is having a constitutional crisis right in the middle of Britain’s Euro-crisis.

The man being yelled at, Jeremy Corbyn, was made leader of the Labour Party by a vote of everybody, plain or fancy, who belonged to the party. Of this collection, he received the support of people who felt ripped off by what New Labour had done during its years in power. Hold a Labour leadership contest, and it turns out such people make up a large majority. The result is that the MPs are being led by somebody who isn’t on their side. Whether he should be is another question. He isn’t, and Labour has been a fracture waiting to happen. Now the Euro-crisis has hit and the fracture has popped wide.

When the kingdom shakes, an election may be called. If that happens, the MPs figure they have no one to lead them. Corbyn and his followers (for example, the crowd yelling outside Parliament) figure that the MPs do have a leader, and that it’s the man who was democratically elected. The MPs say he must go. He says he’ll stay. And the party will do nothing over the next few, or many, months except hash out this situation. By holding the referendum, the Tories blew their leg off at the hip. But Britain’s electoral left can’t do anything about it. They’re too busy trying to find their asshole and give it a good chew.