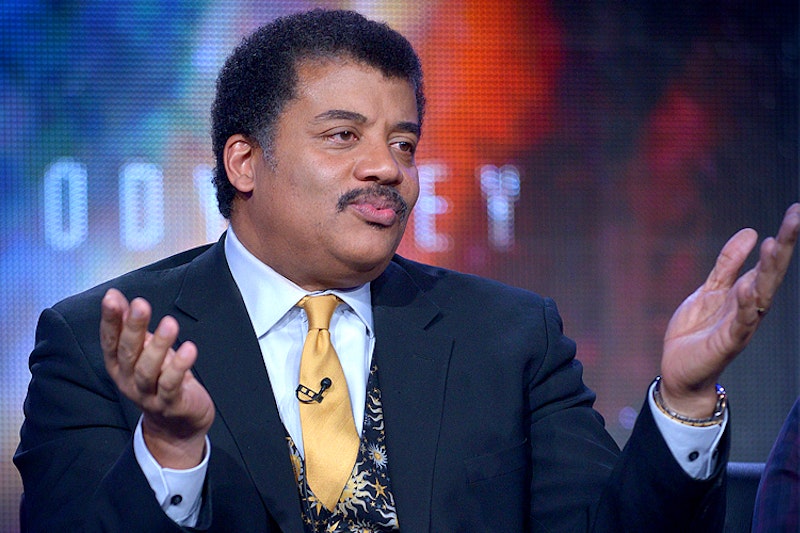 Intellectual humility being a good thing, I suspect it’s saner to think like a sci-fi fan, who realizes the future may prove to be bizarre and alien, than like a typical voter, who thinks he’s going to get roughly what he wants out of politics. Prediction is a dangerous business, mostly enjoyed by the arrogant.

Sci-fi writers have tended to get some things very right—even, I increasingly think, the pessimistic and schlocky writers, like the ones at Heavy Metal magazine or the scriptwriter of Alien. When I was optimistic and young, I thought it was a bit silly to imply, as they did, that a future with such wondrous machines and people in it would feel authoritarian rather than shiny and liberating, but lately I’m not so sure. I didn’t fear “the Company” (as Alien put it) as a teen back in the 1980s, but 30 years later, it’s all starting to look a tad fascistic: the cyborgification, the surveillance tech, the gov/corp blending, the media saturation, the human/animal hybridization, strange aerospace tech rumors, etc. And in a claustrophobically authoritarian future, constant mental opposition becomes crucial—though exhausting and paranoid.

With the singularity perhaps upon us any year now, and some combination of Google and the NSA likely to be in charge of it all, who but an egomaniacal authoritarian would still dare to play the long-term advice game? It may be revealing, then, that Trump advisor Newt Gingrich enjoys telling Americans what the path to the future will be, from computers to moonbases, and regards futurist Alvin Toffler, who passed away Monday, as one of his mentors. Toffler was already writing about the psychological difficulty of coping with Future Shock, in the book he co-authored by that title, way back around the time I was born (he was coping with the future way back in the past).

Similarly far-seeing, in theory, Neil deGrasse Tyson tweets that we should look forward to the day when politics is primarily based on scientific evidence, creating a virtual land he calls #Rationalia (which will probably be a book pitch shortly). Critics roundly denounced his oversimplification and hubris. I’ve written comic books, a sci-fi short story, and articles on the virtue of science-based skepticism—but still know that the futurists and science buffs can be as wrong as anyone else.

The attempt to gaze into tomorrow should make them humbler, not imagine themselves prophets. The present is weird enough. If the future is an alien and baffling time, then I feel as though I’m already living in the future. My childhood philosophical allegiances, by contrast, were simple enough—in retrospect probably forged largely by cop and adventure shows, their core lesson being that if bad guys try to break into the house, you should be permitted to shoot at them. To this day, I tend to think anyone who disagrees with that very basic ground rule is probably a ghoul. You can see how my libertarian tendencies would flow easily from that foundation.

But to dive into the political prognostication game, I think I’d have to take account, more than futurists normally do, of the way society’s political musings themselves, like my own, mutate over time, partly without regard to changes in the material world (regardless of what Marx said).

Mainly, though, I’m hoping the anarchists prevail in the long run, and I’ll go out on a limb and guess that for all their professed leftist beliefs, artists will increasingly nudge society in an individualist-anarchist direction whether they mean to or not. It will simply get too easy for every last eccentric to make his or her bizarre vision a physical or virtual reality—too many “temporary autonomous zones” to stop. They’re not going to wait for grants, permission, and a broad public consensus. The creative elite in a place like New York City who end up on art-subsidizing government boards will seem as archaic and ridiculous as ever the censorship boards of prior ages did. The hipsters doing their own unsubsidized things, by contrast, will look like precursors, the beginning of the avant-garde becoming the norm for every last citizen.

On a more overtly political note, I think anarchists everywhere should be delighted that the UN, warning about the potential creation of killer robots by terrorists, has spread the acronym “LAWS” (Lethal Autonomous Weapon Systems) for those bots. This inadvertently simplifies things so much. Now if I say, “I’m opposed to LAWS,” it can mean I dislike governments, killer robots, and terrorists. That practically covers everything!

Of course, the identity-politics left has gotten so crazy that not only do you see a libertarian woman like Lauren Southern getting physically assaulted by “anti”-fascist leftists (and then lectured about sensitivity by a cop and a left-liberal protester woman, to add insult to injury), you see MIT tech writer Kate Crawford arguing in The New York Times that white guys are a greater danger to the world than the aforementioned killer robots.

I’m guessing that while the artists will bring more anarchy, the identity-politics left will keep getting crazier until there’s far more blood in the streets. Or maybe such people just get tired and give up as they age. Do you suppose the young, white, liberal, female East Coast residents who make all our lives so noisy and shrill by being perpetually offended and those old, white, grouchy, moderately-rich ladies in places like NYC who are always grumbling that you’ve taken too many straws at Starbucks are in fact the same women, by which I mean that the latter are simply the former after a few more decades of aging? Time will tell. (I’ll be watching.) In the meantime, I’d imagine they’ll all end up helping Clinton “make Herstory” against made-to-order man-ogre Trump despite their past few months of Sanders-worshiping.

As for Trump, no matter how much he irks the politically correct, my guess is that his tragic real legacy will be dealing a deathblow to the Republican Party as a sometimes-sort-of force for the defense of capitalism. Turning to populism, it will do what leftism, anarchism, and liberalism did before it: join the endless, relentless assault on your property rights and the free functioning of the market. As a side effect, he’ll hand globalists like Clinton (who has just been endorsed by Hank Paulson) an opportunity to become the great pseudo-defenders of political liberalism and capitalism alike. Then, all the cards will be held by the left at last, leaving the shrinking right, if it can even still be called that, with nothing but its rage.

When chronic Trump booster and conspiracy theorist Alex Jones alternates crazily in his radio rants between warning that the globalists want to turn us all into transhumanist cyborgs and longing for humanity to venture into outer space and conquer the stars, I think in his own manic way he’s admitting he doesn’t have any idea what’s ahead but on some level would just like to get it all over with soon, whatever it is. All of us, from Trump to deGrasse Tyson, know that feeling sometimes.