Are they ever funny? 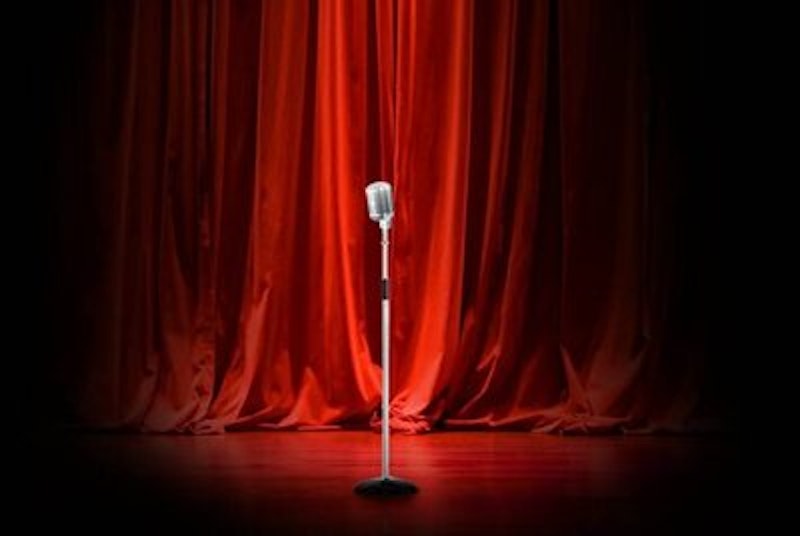 Rape jokes have been controversial for a long time now and, as a comedy aficionado, I’ve heard my share of them. They’re not my cup of tea, but in the hands of a talented comedian there are few topics that cannot be successfully joked about. Many of them are simply bad or mean-spirited, but I recently heard a famous comedian tell the rape joke to end all rape jokes. It was the Hiroshima of rape jokes—so destructive that it makes the other ones look like mere firecrackers. I’d go out on a limb and say that nobody will ever hear a rape joke—or any kind for that matter—to top this one for sheer offensiveness, and I’m usually the one telling people to not be so quick to be outraged over things comics (and others) say.

Rape jokes, for whatever reason, are a fixture on the comic stages of America. This has, predictably, provoked a feminist backlash, with the argument that rape is a violent act and it's never funny. Some feminists also assert that the rape joke is a part of trivializing the crime and that it contributes to the general "rape culture." Comics are not cooperative types and not receptive to anyone telling them what they can or cannot joke about. Their response to such criticism can be summed up as, "Get a sense of humor. Everything, even if it is a terrible and heinous act, can be joked about."

Louis C.K., a thinking person's comic and contender for the title of "world's greatest working comedian,” has weighed in on the issue, appearing on The Daily Show and telling Jon Stewart that the controversy is "a fight between comedians and feminists, which are natural enemies. Because stereotypically speaking, feminists can’t take a joke and comedians can’t take criticism". It’s not true that all feminists have no sense of humor, but Louis is a comedian and this makes for a good, punchy line. He’d be more accurate had he referenced the feminist subgroup of "radical feminists" whose protestations against the "patriarchy" leave little time in a day for such trivialities as humor.

Some male comics tell rape jokes just to seem edgy, and when used gratuitously it’s a cheap gimmick for a lazy comedian. Trying to milk laughs out of someone's pain is dirty business, and there’s the "titillation" factor that adds a real element of sleaze to this approach. I'd say that getting your jollies while laughing about someone getting raped might indicate you have a psychological condition.

Other stand-up comics tell rape jokes as a form of rebellion, as in "nobody can tell me what I can joke about." Comics are a rebellious and cantankerous lot, and the best way to get them to talk about something is to tell them that they can't. George Carlin was probably the first major comedian to make jokes about rape, and people laughed hard. Here's one: "The biggest problem an Eskimo rapist has is trying to get wet leather leggings off of someone who is kicking." It's on YouTube, and you'll see the audience erupt in laughter and applause.

If you accept that rape jokes can be funny, then it becomes a matter of where you draw the line. Sarah Silverman tells this one: "I was raped by a doctor, which for a Jewish girl is so bittersweet." Audiences love this one, even mostly female ones. A self-directed rape joke told by a woman comic can work from a comedic point of view. Louis C.K. has a more subversive one: "I’m not condoning rape, obviously you should never rape anyone… unless you have a reason, like you want to fuck somebody and they won’t let you.” Now that one’s pretty close to the line, but Louis hasn’t faced major flack over this particular joke. He has a reputation as a guy who cares about people, and it's pretty obvious he’s not speaking in his own "voice" here.

Daniel Tosh is the most infamous example of a comic crossing the rape joke "Rubicon." Back in the summer of 2012, the rape joke-slinging dudebro comic was heckled by a female audience member. The heckler told Tosh that rape was never funny. Tosh (who has called date rape "the politest rape of all" onstage) responded, in anger, by commenting on how funny it would be if five guys raped her. Well, it wouldn’t have been too funny if that happened and Tosh took a lot of heat for it. Some commentators even interpreted Tosh's clumsy attempt to fend off a heckler interfering with his performance as a tacit threat of gang rape. This is highly unlikely, but the furor continued and Tosh was eventually forced to issue an apology. Referring to a specific person in the audience and suggesting she be gang-raped, however facetious the suggestion is, turned out to be more than society was willing to accept. Also working against Tosh here is he doesn’t have the benefit of having Louis C.K.’s "good guy" reputation, so the post-grad "frat boy" comedian wasn't going to be getting any breaks on this one for "good behavior."

It is possible to make a rape joke that’s both funny and not indicative that you are a creep? After all, comedians have joked about the ultimate crime—the Holocaust—and their careers have continued flourishing. Joan Rivers said, referring to a female model, "The last time a German looked this hot was when they were pushing Jews into the ovens." Rivers went on to offend many more people in her career. You can make a joke on any topic, but it all hinges on proper construction of the joke. Joke construction is at the heart of the craft of stand-up comedy. The good comics know how to tweak a joke so its humor potential is maximized and their message is conveyed exactly as they wish it to be. Comedic hacks lack skill in this subtle art and it shows when they’re onstage. They’re more reliant on cheap tricks that they've found can get an easy laugh without having to be original. The heavy-handed rape joke is a staple among this semi-talented group.

If you’re a comedian and don't say anything that comes to mind, it doesn’t mean you are being patrolled by the "thought police," as some comics tend to think. Being a decent person may entail not making rape jokes that are at the victim's expense. If you think that to be a cutting-edge comedian today you must mock people's pain and trauma, you’re confused.

At the worst, if you lack the ability to edit things you say in public, it may indicate that you’re a sociopathic multiple felon. Such is the case with the once-beloved icon Bill Cosby. Over 30 women have now come forward and accused him of sexual assault, most involving The Cos drugging them as a prelude to the attack. If you think Cosby does not belong in jail at this point you might as well become the Easter Bunny’s apprentice. The women coming forward are in their 60s now and have nothing to gain from their revelations, despite what skeptics have suggested. Coming out as a rape victim offers very little in the way of glamor or reward for a woman.

Cosby is a monster who has preyed on women for many years. His money and power, not to mention complete abdication of duty by the press, have allowed Cosby to not only escape a prison sentence, but to continue to perform to adoring, clueless audiences. It was in London, Ontario that Cosby recently dropped the most vicious, callous rape joke ever told. A woman in the audience was getting up to get a drink and asked Cosby if he wanted one. He replied, "You have to be careful drinking around me." After an initial collective gasp, the audience soon broke into warm applause.

You really do have to be very careful drinking with The Cos if you’re a woman. If not, you'll probably wake up in a haze and realize some of your garments have been removed by the "avuncular comedian." Check the numbers. If 30 women have come forward so far, think of how many have remained silent. Rape is a notoriously underreported crime, and three decades later how many women are going to be willing to talk about it? I’d be surprised if Cosby raped less than 100 women over the course of his long career, much of which was spent on the road, where he could get out of town before the dust settled and the roofies wore off. Given the circumstances, I actually consider 100 victims to be lowball estimate. Cosby appears to have been a dedicated and determined rapist for years, with a cadre of lawyers and private investigators to provide him with cover.

This was not Daniel Tosh saying something stupid and insensitive to a female audience member and taking heat for it. It was comic superstar Bill Cosby, who actually is a serial rapist, and he's making light of his years of predatory behavior against his many drug-incapacitated female victims. The audience loved it too, except for one spoilsport guy who got dragged out by security after calling Cosby a rapist. Daniel Tosh must have been scratching his head, thinking and I had to apologize for that?

If Cosby had been in an "offensive rape joke" competition on that evening in Ontario, this would’ve been the time to drop the mic dramatically and walk offstage to deafening applause. No other competitor would’ve even bothered to come onstage either. This rape joke is not going to be topped.