What Freddie deBoer Should Do

Look at the right. 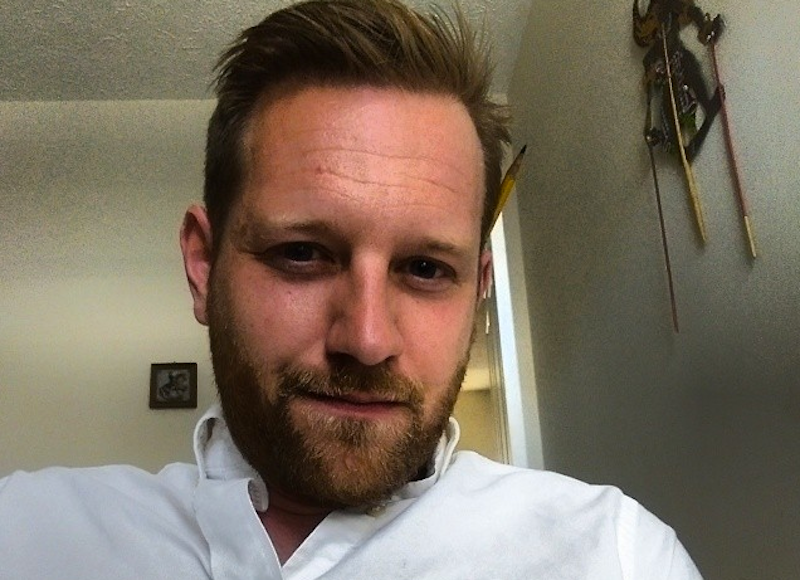 There’s always a crisis on the left. That's what you'd think reading Freddie deBoer, anyway. In his most recent take on the ongoing left apocalypse he details several bitter anecdotes: a young black man excluded from organization meetings because he ventured a belief in gender essentialism; a 19-year-old white woman driven crying from a classroom because she used the word "disabled." DeBoer says that these incidents are typical of what he’s witnessed as an anti-war activist, a blogger, and a grad student—a resumé which he apparently feels gives him broad knowledge of the common people, or, as he says, a "perspective [that] goes beyond the same 200 people who write the entire Cool Kid Progressive Media."

That perspective gives him agonies: “The prohibition against ever telling anyone to be friendlier and more forgiving is so powerful and calcified it’s a permanent feature of today’s progressivism. And I’m left as this sad old 33-year-old teacher who no longer has the slightest fucking idea what to say to the many brilliant, passionate young people whose only crime is not already being perfect."

On the central point, I agree with deBoer; people, and especially the young, need room to make mistakes. To the extent that leftist teachers, leaders or leftists in general go about screaming at people for not toeing the line in every way, is no good, and people should try to change. Political movements need to reach out to different kinds of people in order to be successful and fight for mutual goals; the demand for a kind of purity (no gender essentialists!) can be self-defeating. As Julia Serano says in her wonderful book Excluded, "Fuck insular communities that are centered around any identity. I'm no longer looking for a home; I'm looking to make alliances."

So, we’re all in concordance then, and can go forward and be nicer to each other. Yay!

Not exactly. While I agree generally with deBoer's argument, there's a little question of tone. DeBoer is asking for a better tone; he's arguing that we on the left should treat our interlocutors with greater kindness and consideration.

But does deBoer write with kindness and consideration? Not particularly. Instead, he sneers—and those sneers are directed at the very same left targets as ever. The people who disagree with him, who perpetrate this thought policing and language policing, are, deBoer insists, "children of privilege.” He kicks Alex Pareene for not being a real leftist and for writing for "those same 200 media jerks." The piece is an attack on identity politics, theoretically, but when it comes to cases, deBoer can't avoid identity politics. Nor does he seem to have any real hope of reaching out to anyone new; instead he immediately demonizes his imagined interlocutors. "I know, writing these words, exactly how this will go down. I know Weird Twitter will hoot and the same pack of self-absorbed media liberals will herp de derp about it." If the left has a problem with exclusion and not listening to new voices, then deBoer would be, if not exhibit A, then at least an exhibit somewhere in the alphabet.

DeBoer, somewhat inadvertently, realizes this himself. He moans, "I don’t know what to do. I am out of ideas. I am willing to listen to suggestions."

Here's a suggestion, Freddie. While wringing your hands about the failure of liberal inclusiveness, spare a thought for those on the other side. The left has its purity problems; the right, in the U.S., is little more than an ideology of purity. The ever-whiter, ever-more-male, ever-older Republican Party seems to care less about policy, and more about proving that they aren't corrupted by doing anything that might even make policy possible. You can gripe about the details of health care and how it's not liberal enough, but Republicans can't even put together a health care plan at all. Their idea of political change is pointlessly shutting down the government for no reason and then declaring victory when they get nothing by it. The bad people in deBoer’s piece, the professors and students shaming newcomers? On the left, those people are shelved into universities. On the right, they're in Congress.

DeBoer would probably say he doesn't care about the mess on the right. His issue is with the left. Fair enough. But looking to the right is a way to remind yourself that the problems of the left are not just problems of the left; they're problems of any political organization that tries to build coalitions. And in handling these problems, the left is not, comparatively, doing that badly. Could it do better? Yes. But its failures are not catastrophic or irreparable. To see what catastrophic and irreparable failure looks like in this context, you have only to glance at the GOP.

Recognizing that things aren't as bad as they could be can be a first step to approaching the problem of how to make things better. On the right, the myth of political end times is precisely what gives energy to the demands for purity; America is sinking into its final corruption, and with Armageddon approaching, there can be no quarter given or received. DeBoer has a bit of that last-stand quality to him too, as he wrings his hands and proclaims the left hopelessly off course with no answers anywhere. But, in fact, the left's intolerances, while not ideal, aren't apocalyptic either—which means there's world enough and time for a little generosity all around. Rather than denouncing those you disagree with as self-righteous scions who don't care about real social change, you could give your interlocutors the benefit of the doubt. Maybe even Alex Pareene thinks he's trying to do good in a small way. I'm sure Freddie deBoer does. If he feels it's his calling to be a uniter, then I'd say his best bet is to start by trying to unite.