The Church of Doubt 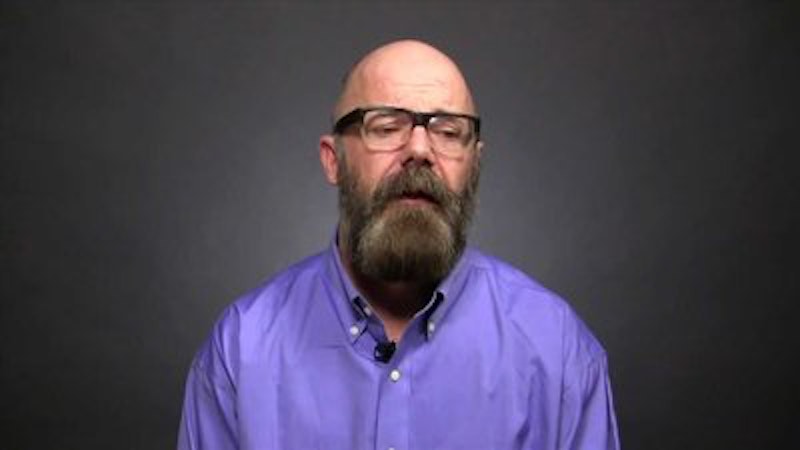 Part of our Enlightenment heritage is that we love doubt. Skepticism in the name of reason is one of modernity's most treasured tools. In the dark, we hug our critical thinking the way our benighted forebears once hugged their crucifixes. We have forsworn truth, except that truth is hard to come by. Our wise men speak of their own limited wisdom. As Yoda said, the future is always in motion—the only surety is that expressing uncertainty will make serious people declare that the force is with you.

Ta-Nehisi Coates doesn't compare Andrew Sullivan to Yoda, but he at least gestures in that direction. Sullivan, an influential blogger over the past 15 years, is quitting the daily grind, and various luminaries are lining up to praise his contributions. Coates, as is his wont, is particularly graceful and gracious. He's disagreed with Sullivan often before, but he focuses his short piece on how much he learned from him.

And what he learned is doubt.

"I started reading Andrew during the run-up to the Iraq War and thus bore witness to one of the most amazing real-time about-faces in recent memory. But it was a sincere about-face and it taught me something about writing, and particularly writing on the Internet, which guides me even today—namely, that error is an essential part of any real intellectual pursuit."

Sullivan was one of the most enthusiastic supporters of the Iraq War. He eventually realized that the conflict was a debacle, and publicly began to criticize the Bush Administration, and his own former allies. Coates sees this willingness to admit error as a sign of Sullivan's intellectual courage and commitment to honesty. Some readers, Coates says, look for prophets. "Andrew has never been a prophet, so much as a joyous heretic."

I think Coates is right in many ways. It was brave of Sullivan to change his position on the Iraq war. He’s always been willing to think in public, to go out on a limb, and to admit, once he's there, that he's edged out too far. Those are attractive features in a writer, and worth praising.

But while Sullivan's embrace of doubt is admirable, it can, and did, feel like a schtick. Sullivan used as a slogan the Orwell quote "to see what is in front of one's nose needs a constant struggle." He'd often talk about how he was blogging in real time, seeking out the truth as he went. He presented himself as a humble seeker, and in that regard Coates isn't so much analyzing the career as reiterating the hallmarks of the brand. Reading Coates, in fact, you get the uncomfortable sensation that Sullivan is being praised in part for being completely wrong on the Iraq War. Many people said that Iraq was a horrible idea—but they were just irritatingly right. Real thinkers, real intellectuals, are wrong, so that their readers know they weren't seers. What's a few hundred thousand dead compared to a blogger's chance to demonstrate his intellectual honesty?

I'm sure Coates doesn't actually think Sullivan is more honorable, or a better writer, for being wrong. But at the same time, in his praise of honest error, Coates overlooks the extent to which there is a cant of doubt as well as a cant of certainty. We love our brave contrarians; our flawed empiricists struggling for truth. The New Atheists make doubt a kind of religion in itself; those who profess to belief are blind fools, trapped in the grip of dogma. Sullivan is a believing Catholic, but like his friend Christopher Hitchens, he often seems to embrace a heroism of inquiry—a self-vaunting not-knowingness. At its best, that led him to his condemnation of the Iraq War. At its worst, it pushed him into the ugly "just asking questions" conspiracy theory bullshit of the Bell Curve, and Trig trutherism.

Coates admires Sullivan's willingness to learn from mistakes. "Honesty demands not just that you accept your errors, but that your errors are integral to developing a rigorous sense of study," he says. What's missing there is a sense of the way in which a vision of your own errors as integral to your rigor can become a standing humble-brag. Every imperfection becomes a sign of your flawed perfection; every dead body sacrificed to your idiotic foreign policy becomes more fuel for your flame of guilt and renewal. Journalism turns into a confessional endeavor, where the more catastrophic stumbles you make, the more points you get for self-abnegation afterwards.  Sullivan's performance of his doubt has also been a performance of his virtue. Coates wants us to take that performance at face value. But, in Sullivan's spirit, I would instead suggest a little skepticism.