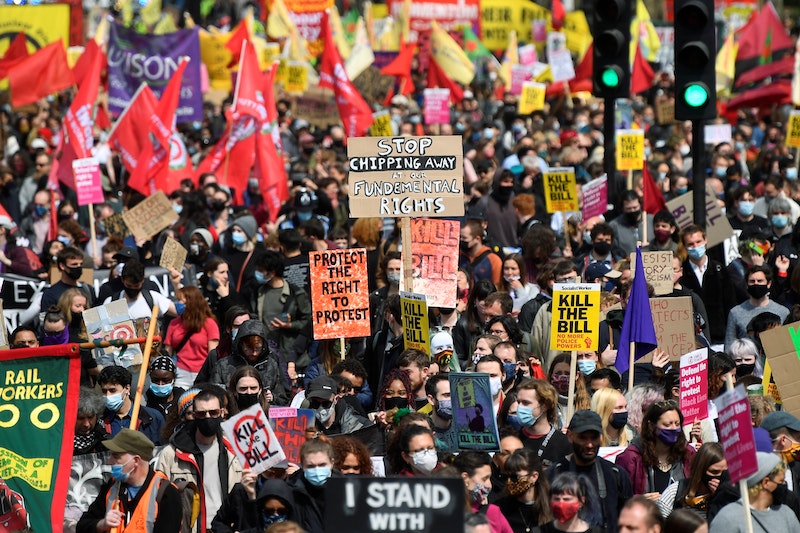 On April 30, 1975, Ronald Reagan, a few months out of office as governor of California, wrote to Margaret Thatcher, leader of the Conservative opposition in the U.K., a letter noting: “The news has just arrived of Saigon’s surrender and somehow the shadows seem to have lengthened.”

The troubled world situation of the late-1970s was a significant factor in getting Thatcher and Reagan elected, in 1979 and 1980 respectively. The early-1980s would see further upheaval, including heightened tensions between the U.S. and U.S.S.R., with proxy wars heating up in Central America; the Falklands War between the U.K. and Argentina; and the Iran-Iraq War. By the late-1980s, though, the Cold War was winding down; the Soviet bloc was trying to reform and beginning to fall apart. A new threat would emerge in 1990 with Iraq invading Kuwait, but Saddam Hussein was defeated by a U.S.-led coalition, and with the Berlin Wall in rubble, U.S. policymakers and voters alike were eager to spend less time worrying about foreign problems.

World events of the late-20th century, and the domestic political alignments that formed around them, have limitations as a template for understanding developments in the early-21st century, as I’ve previously written. Foreign policy divisions circa 1975–1990 were largely between “hawks” on the right and “doves” on the left. That dichotomy was already fading in the 1990s, and by the 2010s it had become scrambled, with fissures throughout the political spectrum on entering or withdrawing from foreign conflicts from Libya to Afghanistan.

Afghanistan’s rapid collapse to the Taliban may open an era of heightened world turmoil reminiscent of the one following Saigon’s fall. Like it or not, international stability still depends largely on the credibility of U.S. commitments to come to the defense of allied governments and populations. That such credibility is taking a massive blow in light of Joe Biden’s botched withdrawal strikes me as beyond dispute. The notion that getting out of Afghanistan would enable the U.S. to refocus on other global challenges, from China to climate change, cannot survive the nature of the withdrawal that’s taken place. Those challenges are going to be handled by the administration that oversaw this?

That blame for calamities in Afghanistan extends across multiple administrations, and that it was Donald Trump who initiated the process leading to the latest events, is all true without being exculpatory of the Biden administration, which clearly magnified the disaster with heedless incompetence. There’s no joy in saying this, for a new Democrat who thinks the last election was an important turning-point in preventing—for now—a U.S. descent into authoritarianism. But there are limits to how much one can view things through a partisan lens before the world becomes completely distorted.

I’ve noted a decline in numbers of American college students studying history, geography and other subjects that provide a focus on the world beyond our borders; and worried, during the Trump years, that this “portends that the incompetence the United States currently is showing with regard to international and global issues may become our nation’s norm.” That prediction is holding up well at present. Still, the present moment might bring some backlash against insularity and incompetence, and you can never be sure what’s going to happen. The 20th century’s final two decades saw more positive world trends than one might’ve expected as Saigon fell, and maybe August 2021 will inspire some future leaders to handle things better.