Liberty is the highest reward. 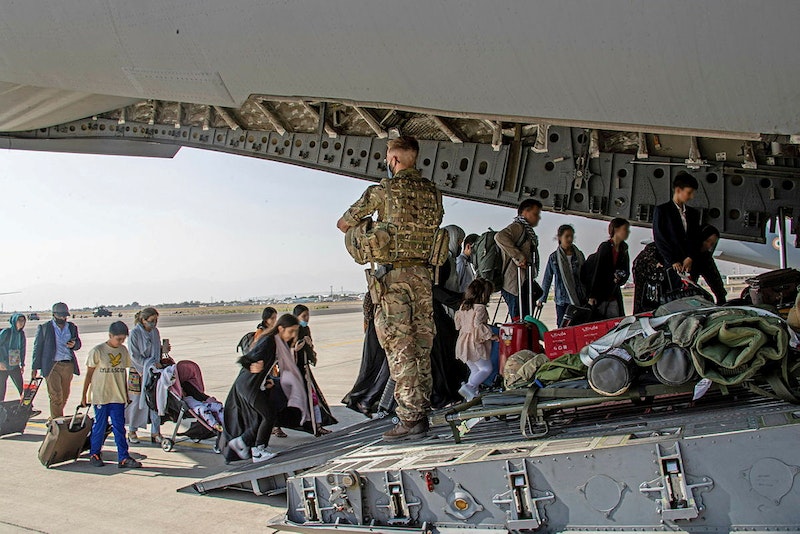 What was won on the green was lost in the sand trap of history. The winner was a German on American soil, feted by the British, the Swiss, the Italians, the Czechs, the Dutch, the Australians, and the French. The winner was the glory of 1938, while the loser was the pity of 2021. The loser is us, the U.S., whose comedy of errors followed a day of wealth and comity. The images of that day, the day we left Afghanistan in chaos and fear, will outlast the prior day’s ceremony and good cheer. Or, memories of the forever war will outlive the public’s memory of who won the 70th anniversary of the Pebble Beach Concours d'Elegance.

In the interim, military vehicles lie by the side of the road as collector cars take to the road. The contrast is more similar than stark, because all the cars—from the armored cars of a superpower to the supercars of the rich and powerful—are works of decadence. The combined display is an abuse of power, resounding not with the blasting of horns or the whistling of guns but the cymbals’ song of charm and money. The display mirrors a dozen suns as America drives Jay Gatsby’s car into the fading sun, racing like a yellow phantom through the Valley of Death toward the president’s house and the house of a former president, crashing Joe Biden’s political party and Barack Obama’s birthday party.

The collision turns a convertible into a funeral coach. The effect is the end of affectation, from the woodwork and wire wheels to the running boards and whitewall tires, from the metal trim and silver mascot to the fenders and flexible exhaust pipes. The pipes play a dirge, preceding a reading of the names of the dead and a tribute in light.

The pipes summon us to see the light of truth, rather than be in love with night or twin columns of light. The pipes summon us to know the truth: that the state of our union is not strong; that those who rule us do not have a mandate to ruin us; that those who profess to lead us do not have the wisdom to guide us, because we alone are the masters of our fate.

We fight with Gatsby’s spirit, against the current, toward the light. We fight now, as our forefathers fought then, in defense of right. We fight for the life of our country.

We fight a rotten crowd, too, whose ignorance of history threatens our history of freedom. And yet we fight on, unafraid of those who reproach or revile us.

Our only weapon, the mace of honor, we fight in honor of honor itself—adamant in our opposition to a destiny not of our choosing. We fight to reclaim our birthright, no matter the cost or burden.

Our only light, a star of hope, we have no need for a three-pointed star. Nor do we seek plaques or trophies.

Liberty is the highest reward.