Some men see faces as they are and say, ‘Why?’ Andrew Sullivan dreams of things that never were and says, ‘Why not?’ 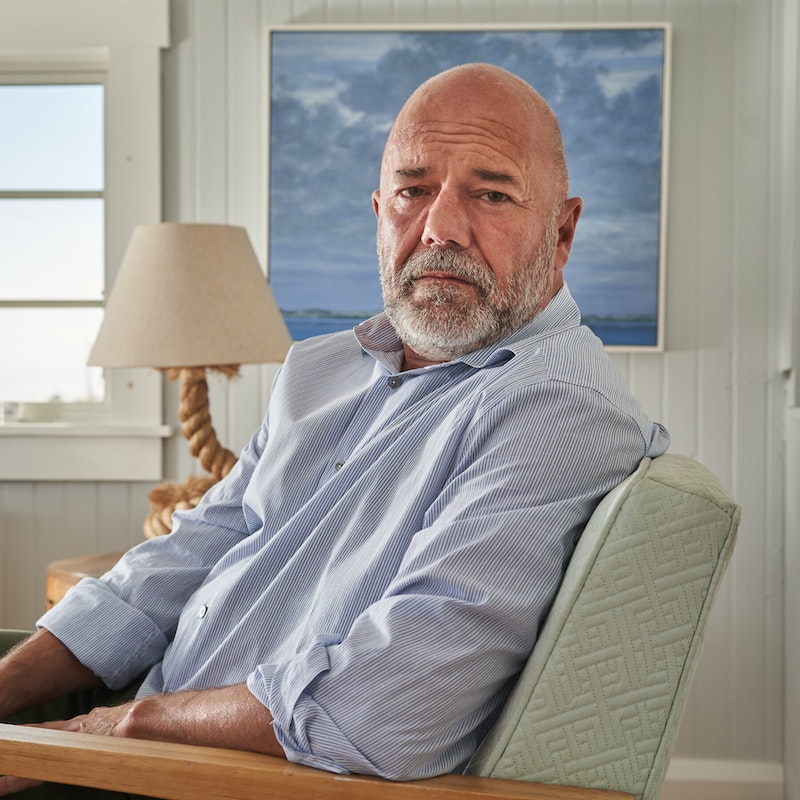 At what point does a resident alien look and act like a space alien, such that he wears an elephantine trunk to breathe, combining the style of the Space Jockey in Alien with the stature of the jockey in Secretariat; substituting strokes from a whip with keystrokes, such that he balances his love for Barack Obama with his loathing of male circumcision? If the alien resembles that which he abhors, and neither recognizes nor resembles that which he was, a Gap model, then the alien may have a new book of old essays to sell. That the book has more redactions than an Air Force map of Area 51 is the point of Andrew Sullivan’s Out on a Limb: Selected Writing, 1989-2021. A 576-page exercise in document-sanitizing, the book excludes Sullivan’s work as a minister without portfolio, including his virtual spelunking of Sarah Palin’s vagina and Abraham Lincoln’s anus.

Most ironic is that Sullivan claims Burke and Orwell as his models for thought and writing, when his writing belies the former and his thoughtlessness betrays the latter, for his book is a memory hole of deletion. Gone are his assertions about Trig Palin’s birth mother. Missing are his glass plate negatives of Lincoln (in leather) at Gettysburg. Lost are his studies on the physiognomy of the Jews, comparing Larry Summers to a hook-nosed Pharisee in Christ Carrying the Cross.

Absent, too, is Sullivan’s inability to count. (See his two-word reply to an exchange requiring a one-word response about Larry Summers. “Pompous asshole,” says Sullivan, in an interview with the Kennedy School Review, a Harvard Kennedy School student publication. So much for Sullivan’s M.P.A. from said school or his Ph.D. in government from Harvard.)

To paraphrase RFK quoting JFK quoting George Bernard Shaw, “Some men see faces as they are and say, ‘Why?’ Andrew Sullivan dreams of things that never were and says, ‘Why not?’”

Why not, indeed, given Sullivan’s hyperbole about Obama and Dreams from My Father. A misreading of both the man and his memoir, Sullivan’s piece on Obama is of a piece: bad. By conflating character with color, by coloring his characters brown with brotherhood, Sullivan turns a turban into a taqiyah; he bridges continents and cultures so as to dress a Pakistani Muslim in a wraparound robe from Kenya, as if he, Sullivan, were the governor-general of sundry colonies and protectorates; clothing his fictional character in compassion and kindness, because there is neither Greek nor Jew, circumcised nor uncircumcised, barbarian, Scythian, slave nor free, but Obama is all and in all.

A white paper like no other, Sullivan engages in biological determinism. He covers disparate and warring peoples in a rainbow flag of togetherness, beating plowshares into prayer shawls and pruning hooks into knitting hooks, from which he weaves a quilt of nonsense. He reduces geography, faith, and fate itself to the outcome of an election, arguing that Obama’s interlocutors in Iraq and the Middle East would know that he never had suspicious motives toward Iraq.

Not since Lionel Richie stalked a blind sculptress and said hello has a face been so maligned. Not since the sun killed the envious moon has a writer been so blind to reality, causing him to ask readers to consider the meaning of a brown-skinned politician named Barack Hussein Obama. Not since the sun set on the British Empire has a writer been so blind to the civilizing mission of his forebears.

Those who praise Andrew Sullivan seem not to have read him, while those who have read him have no reason to praise him. Despite the suggestion of risk, Out on a Limb risks nothing—not even bad reviews from Sullivan’s cronies. To go out on a limb would be to read Out on a Limb twice.