The Tubby Terror of the CBC

Here are your vaunted Canadian values. 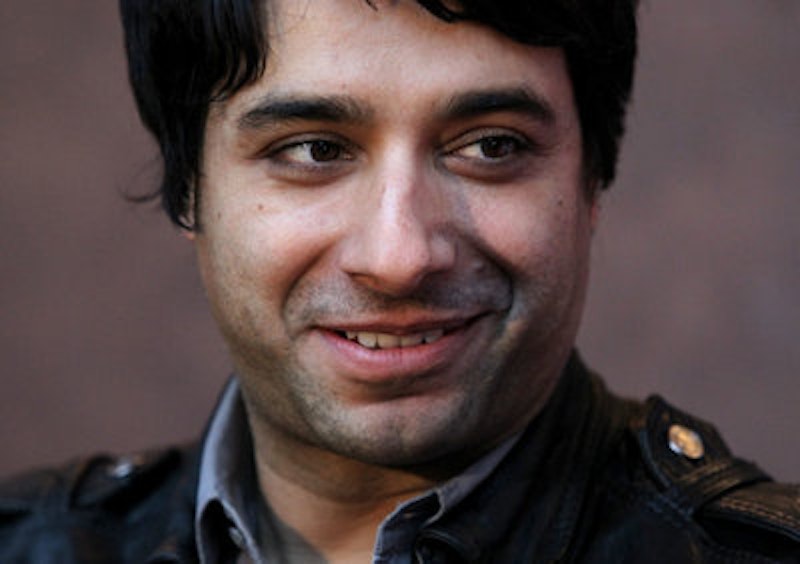 Jian Ghomeshi became famous about 10 years ago, if you live in Canada and listen to the radio. Americans know him for one reason, because last fall he flashed across our media pages as part of a scandal. He's the man who hit and choked his dates. A chunky fellow with bangs, perma-stubble, big eyes. The little guy wears blue jeans and a t-shirt, and he ought to be 28, but instead he's 47. Luckily there was the fame, so girls used to go out with him. But his habits on a date were disgusting. Women said he beat them about the head, others said he choked them; some said he did both. One woman appears to have suffered a cracked rib. Ghomeshi now awaits trial on seven counts of sexual assault and one of  “overcome resistance—choking.”

People had to work with this man. Now fired, he used to be host of Q, a light-culture show the Canadian Broadcasting Corp. puts on weekday mornings. In America, being host of a culture show on radio isn't a big deal. But Canadians pay attention to radio that's good for them, and they made Ghomeshi a star. Toronto has an artistic and media scene; Ghomeshi became lord of that scene, the fellow who turned events into Events just by showing up. He had a busy life, much of it devoted to chasing girls and chasing fame, and then doing dull things with the fame and strange things with the girls. But he would drop by the CBC to get his show on the air, and there he would do strange things to co-workers. These things have been examined by a pair of labor lawyers whom the CBC hired after the dating mess blew up. The CBC has now made the lawyers' report public, though the good stuff was taken out for privacy.

Stranded among the redactions are phrases like “moody, difficult and emotionally unpredictable” and “persistently late and consistently disrespectful of colleagues' time” and “scheming” and “dismissive.” Ghomeshi expected colleagues to run personal errands for him, and he said snotty things about how they looked. He didn't give people credit for good work, and he liked to play “pranks and cruel jokes” that made co-workers feel “embarrassed, anxious, or upset.” No examples, because of the redactions, but you get the idea. The report says he created a “stressful and 'dysfunctional' atmosphere.” Sex was a small part of the mix. He gave some women back rubs and massages that they really wanted to avoid, and he treated some women and some men to embarrassing talk about his sex life. His dominant aim seems to have been to mess people about. Most of the witnesses didn't think the massages were sexual, “but instead described them as 'creepy' and disrespectful of their personal boundaries.”

Ghomeshi wanted to treat people like toys, and that included breaking them, making them cry or cringe. The report is clear that the CBC could live with this. The people in charge turned down chance after chance to take a look and see what the fuss was about. Ghomeshi staffers even wrote up a manifesto of complaint. With Canadian drama they called it the Red Sky Document, and it charged that the leadership tiptoed about Ghomeshi, that it feared “stirring the beast.” The leadership darted a quick look, then kept tiptoeing, eyes in the air. When a reporter investigating Ghomeshi's bed kinks emailed about an alleged workplace incident, the managers didn't write back for details. The email sat there, and a few months later Ghomeshi's bed kinks were headlines news.

The CBC is governed by what, to a foreigner, sound like very Canadian sentiments. The report dwells on these. Ghomeshi's office behavior violated specific clauses of the collective agreement between the CBC and its broadcasters' union; these are quoted. The behavior also violated sections of the Canada Labour Code. In sum, the paper says, Ghomeshi flouted the “Behavioural Standard” proper to the CBC. The flouting took place while the CBC lavished money on Ghomeshi and his program. He pulled in ratings and that's what counted. Everybody knew this. Ghomeshi's ostensible boss, an executive producer, said Ghomeshi could just go over his head.

Ghomeshi was the product, and the product... well, it didn't sell, since the CBC is government-owned and vends nothing. But the product made people a little happier that the CBC was there, and presumably that's an advantage at budget time. The CBC needed Ghomeshi like NBC needed Carson. Nor was this something new. The investigating lawyers found that the CBC has a “host culture.” A host who makes a show work isn't just a person. He or she is a force. Rules get bent and re-bent around him or her. Ghomeshi's acting out was at the far end of the scale; presumably he's more gross than the others. But his colleagues are dotted along the spectrum, and that's how it's always been. One veteran who was interviewed said he learned as much while a cub.

Perturbed, the investigators report that some CBC executives display a “lack of basic fluency around concepts such as harassment and discrimination, and more particularly, the types of behaviour that are disrespectful, and are caught by the Code and the Respect in the Workplace article in the Collective Agreement.” In fact, the paper says, the CBC needs a “fundamental shift of the thinking, operation and importance of its own workplace rules for all of its employees.” Host culture, on the other hand, needs no reinforcement; it's alive and well. The Canadians can write down their rules and sentiments, but a star is a star is a star, and someone has to make the money flow.

Sounds like Canada.  I used to listen to Q, so I remember Ghomeshi. He did all right. Like I said, Q was a light-culture show. Guests included small-time American movie stars, people who wrote books about social trends or psychological findings, people who wrote memoirs about growing up this way or that. Ghomeshi asked his questions in a gentle tenor with a little husk at the edge; a pleasant voice, but high. Like many gents on CBC Radio, he came off as hesitant, and sometimes you wanted to pop him under the chin so the words could get out. But he didn't talk over guests, and sometimes he had good questions.

One time I saw him on TV and wondered who it was, this hairy little tub who seemed curious about what the guest had to say. Then I found out it was Ghomeshi. A few months passed and I found out he slapped around dates and did other strange things. “Big Ears Teddy shouldn't see this,” he announced, turning a stuffed teddy bear to the wall before attacking his alarmed date. Yet more proof that nothing happens in Canada.