How Much Does Anyone Know About ISIS?

Der Spiegel says it has the lowdown on the group. 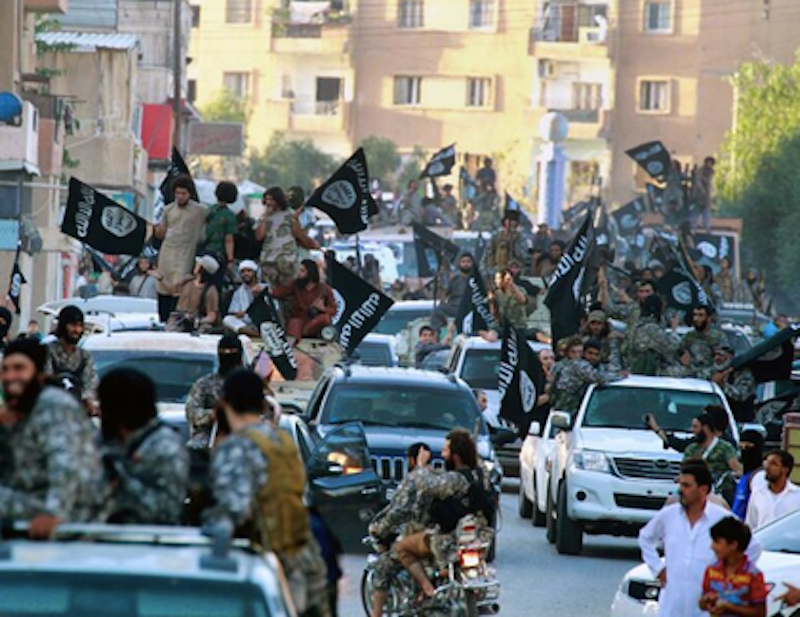 An alleged mastermind died January 2014. Men banged on the door and found the mastermind in his pajamas. He was the secret boss of ISIS operations in northern Syria; they were local militia, the people now driving ISIS out of their territory. The mastermind (a “brilliant planner,” we're told) had stayed at home, apparently in bed, because he’d blow his incognito if he went someplace that was protected by ISIS fighters. Yet he wasn't incognito, or not that much. People didn't know who he was, but they knew what he was. “A Daish sheik lives next door!” shouted a neighbor. “Daish” being another name for ISIS, this caused some militiamen to stop by and investigate.

First, a woman answered and told them (“brusquely”) her husband was out. In the way of these things, the mastermind and his pajamas then stepped into view. Told he was under arrest, the mastermind said he wanted to change. The head militiaman said no. Der Spiegel, our source for all this, takes up the story: “Surprisingly nimbly for his age,” which was pushing 60, the mastermind “jumped back and kicked the door closed. He then hid under the stairs and yelled: 'I have a suicide belt! I'll blow up all of us!' He then came out with a Kalashnikov and began shooting.” The head militiaman fired “his weapon,” which is unspecified but more potent than a Kalashnikov held by a mastermind, since the mastermind fell over dead. This is “according to two people who witnessed the scene,” which I guess might be the head militiaman and a buddy. I doubt the woman who answered the door got to talk to anybody.

The man's killers say they searched his home and swept up “computers, passports, mobile phone SIM cards, a GPS device and, most importantly, papers.” A knowing aside from Der Spiegel: “They didn't find a Koran anywhere.” The dead mastermind was an ex-officer in Saddam Hussein's military intelligence apparatus (“part of the tiny secret-service unit attached to the anti-aircraft division”), and Der Spiegel's thesis is that this secular man had been “pulling the strings” at ISIS, an alleged theocracy. The Lord of the Shadows (“as some called him”) was also known as Haji Bakr, but not by many people—he preferred keeping out of view. “Former members of the group had repeatedly mentioned him as one of its leading figures,” Der Spiegel tells us, giving no source. “Still, it was never clear what exactly his role was.” That part I find easy to believe.

Der Spiegel argues that ISIS is a hybrid spawn of jihadists and Baathists. The magazine leaves unclear how the hybrid came about, except to say that Bakr crossed paths with the al-Qaeda renegade Abu Musab al-Zarqawi, who is cited by ISIS as a progenitor. I don't say the magazine is wrong. According to them, they have detailed documents that show the group followed a completely secular approach to grabbing northern Syria. Religion was just a cover, something to get suckers in the door and keep them pumped up. “Even the word that Bakr used for the conversion of true Muslims, takwin, is not a religious but a technical term that translates as 'implementation,'” Der Spiegel says.

The documents are made up of 31 handwritten pages found in the dead mastermind's apartment, plus files (“hundreds of pages”) that ISIS left behind when tearing out of Aleppo. The magazine says the first batch lays out a plan of conquest, and that the second batch, as a record of the occupation, shows that everything went according to plan. Supposedly handwritten by Bakr, the notes amount to a blueprint for infiltrating Syrian communities and subjecting them to a Baathist-style surveillance state in which everyone spied on everyone. Despite the occupation files, I'd say this mini-state only kind of functioned. Note that file keeping stopped when the region's various militias all decided to shoot at ISIS at the same time. The surveillance state didn't keep the boys from putting their heads together. Possibly Bakr's great achievement, or somebody's, was just to smuggle in enough weapons, recruits and black masks for the group to lunge out of nowhere and make its power grab in a choppy situation.

I don't know how secular ISIS is or isn't. What gets me is the experts' confidence on the subject. Just a few months ago The Atlantic was telling us “What ISIS Really Wants.” We learned the group was an apocalyptic cult and wanted to end the world because of an old prophecy. Now the group sounds more like a dilapidated sequel to Saddam's terror state, with Baathist ex-officers trying to scrounge a country into being so they can boss it and loot it. Der Spiegel is very firm regarding who's in charge: it was “Bakr and a small group of former Iraqi intelligence officers” who installed the group's caliph, Abu Bakr al-Baghdadi, to give the organization a religious face. But Der Spiegel never says how it knows this. When it says ISIS listed phony reasons, some of them religious, for seizing a big flour mill in Syria, we hear about a document the magazine found in the Aleppo files—which is fine. But bigger stuff we have to take on faith. Not a good sign. Der Spiegel has found out something. But whatever it is, I bet it isn't quite as big as they're telling us.