The Tragedy of Laura Ingraham’s LifeZette 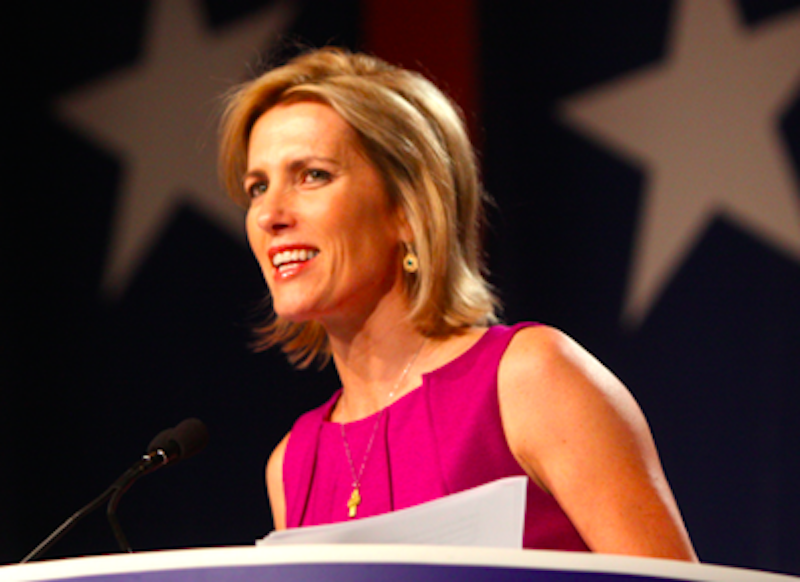 As reported by the Daily Beast, LifeZette, the website founded and run by conservative radio host and author Laura Ingraham, is in trouble. Several staffers have complained about sexually inappropriate comments by the site’s chief executive Peter Anthony. Traffic is minuscule. There are complaints of not getting paid.

LifeZette’s troubles are especially tragic because Ingraham is a brilliant commentator who understands popular culture, and her failure will only reconfirm that conservatives are incapable of providing decent coverage of arts and culture—the things that, as Andrew Breitbart noted, feed politics.

It didn’t have to be this way. In the summer of 2015 I was contacted by an editor who’d just been hired by LifeZette, which was about to launch. He wanted to know if I was interested in writing for them. I was. We met in Georgetown for lunch and he showed me the LifeZette offices, which were gorgeously housed in a modern building right off the C & O canal. They were even building a radio studio for Ingraham. You could see there was money behind LifeZette—specifically, the multimillionaire T. Boone Pickens, who, staffers have claimed, is funding Ingraham’s venture.

More than once, the editor mentioned The New Yorker as a guide. Of course, LifeZette would be a conservative site and have conservative blogs and articles. But they wanted to produce noteworthy journalism. More and more it seemed like a dream come true. I’ve long complained about the lousy nature of conservative coverage of the arts, from the obsession with the 1960s and Lena Dunham to the terrible movie reviews of John Podhoretz and Ben Shapiro’s tone-deaf dismissal of Kurt Cobain. Here was a chance to blast the Hollywood left when they inevitably did or said something stupid, but present real journalism—to interview actors, screenwriters and directors. Ingraham had gotten a BA from Dartmouth and gone to law school at UVA. Surely she would be receptive to not only trashing Alec Baldwin, but also talking to him.

A couple of weeks after our meeting, I got a call from the friend who had offered me a job. He was leaving LifeZette. Ingraham was a tyrant, and there was no freedom to do any of the things we had talked about. He was out, and I’d be wise to stay away.

Then LifeZette launched. It was awful. A cold, off-putting font, recycled bits about Hollywood lefties, bland lifestyle pieces that used vanilla stock photos, the usual plumping for the Christian right, LifeZette was so bad that at first I thought I had clicked onto a small-town community message board that didn’t know Ingraham now owned the name. I couldn’t believe Ingraham, so whip-smart, opinionated and plugged into popular culture, was behind this.

Conservatives like to lecture that if you work hard and play by the rules you can achieve great things. Yet many of the platforms from which they make these pronouncements resemble nothing so much as the welfare queen-ism that the right criticizes. The Weekly Standard preaches self-sufficiency and independence, but it’s owned by the deep-pocketed Clarity Media. National Review relies on donations. And LifeZette stays afloat via Pickens, an oil millionaire. It’s a far cry from Jann Wenner, who turned a $7500 loan in 1967 into Rolling Stone magazine. Wenner had the genius and guts to hire Annie Leibovitz and Hunter S. Thompson, yet he’s considered an out of touch elite. (Granted, that was a long time ago.)

The right-wing welfare state produces lazy journalism that has an exaggerated sense of self-worth and little originality. There’s a lot of reacting to what celebrities are saying and doing, which doesn’t require much skill, and longer pieces are usually about played-out subjects, like the recent rehash of the 1967 Summer of Love by Andrew Ferguson in the Weekly Standard. Ferguson’s predictable report was hailed as a “masterpiece” by Standard editor Stephen Hayes, an embarrassing lowering of the bar for conservatives, who are known to champion impersonal standards of excellence.

The more liberal and mainstream press, helmed in many cases by people with passion who have learned a genuine craft, and who are forced to compete, provides a much richer feast. Who wants to waste time on Ferguson’s sub-Joan Didion scribblings when you can delve into a piece like the recent one in 1843, about how Silicon Valley workers are using LSD to advance productivity? Or The New Yorker’s terrific new issue about television? Or the average Arts section of Sunday’s New York Times?

Why bother with LifeZette when the design hurts your eyes, the reporting is clichéd, and there have been reports of inappropriate behavior by the higher-ups? If I were T. Boone Pickens, I’d be livid. It’s as if he bought the New England Patriots and on game day Tom Brady showed up alone and in his pajamas. What a colossal, tragic waste of money.