Incredibly, a colleague’s report on American Sniper was even worse. 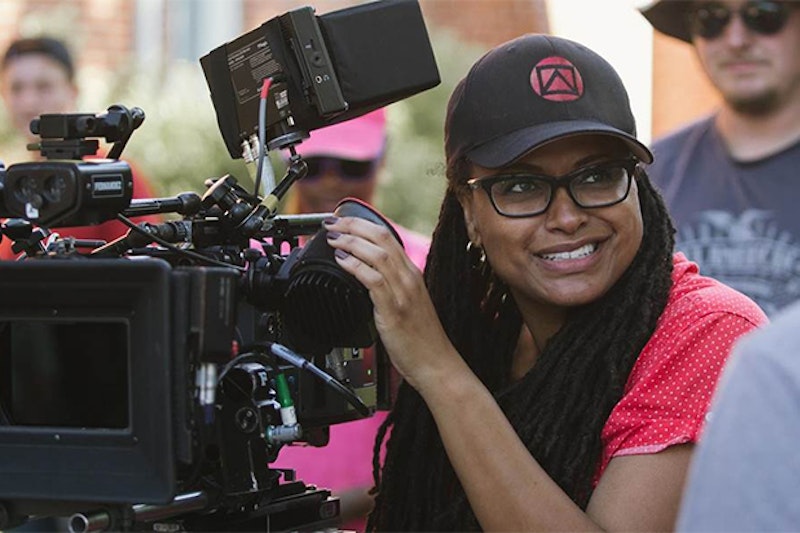 Never put it past The New York Times to run two head-scratching stories in its business section on the same day. First up is David Carr’s de facto plea for affirmative action when it comes to handing out… Oscar nominations. Carr, in his Jan. 19 article, is quick to qualify his criticism of Hollywood’s perceived snub of Selma’s director, Ava DuVernay, a black woman, as fairly trifling compared to the fractious race relations in America today, intensified recently by the events in Ferguson, MO and Staten Island. But he forges on nonetheless, saying that the quasi-biopic of Martin Luther King, Jr. was a time to “celebrate both a historical giant and a pure creative achievement… it merits significant and broad recognition.”

Hardly anyone disputes that King ought to be, and is, canonized both in American history and contemporary culture; and though Carr says it’s not enough that Selma was one of the eight films nominated for Best Picture, I’m not exactly sure why. It’s a mere awards ceremony, and like all such inflated exercises—whether it’s the Pulitzer, Nobel Prize or Rock ‘n’ Roll Hall of Fame—it’s infused with political wrangling, logrolling and often economics. It’s best not to take any of it too seriously. In fact, for me the Oscars are so trivial that the only question I have is why Meryl Streep is routinely nominated nearly every year, even when she stars in a dog of a movie, like Iron Lady, for which she won Best Actress. I’m not an Oscars “fanboy” like Carr (he admits so, citing his four years of blogging for the Times about the annual display of expensive dresses, dumb jokes and awful songs), so I don’t agree with him that “nominations matter” and are “precious.” Yes, 2015 marks the 50th anniversary of the historic Selma marches and LBJ’s Voting Rights Act, but does that automatically mean that DuVernay ought to be nominated, and presumably win? Not that I particularly care—even though I thought Selma was solid but overhyped, and that a better King film could’ve been made—and Carr concedes that her omission “is not some overt racial conspiracy at work.” But the gist of his argument isn’t all that dissimilar to the presentation of trophies to all kids who play sports, lest they are emotionally scarred.

Meanwhile, Brooks Barnes wrote about the out-of-nowhere phenomenon of Clint Eastwood’s American Sniper at the box office—the film set a January record for receipts. Barnes’ article, ostensibly a straight-up round-up of weekend movie sales, was offensive, if not surprising coming from The Times. He writes: “While America’s coastal intelligentsia busied itself with chatter over little-seen art dramas like “Boyhood” and “Birdman,” everyday [italics mine] Americans showed up en masse for a patriotic, pro-family picture that played more like a summer superhero blockbuster than an R-rated war drama with six Oscar nominations.”

Where does one start in commenting upon such insulting condescension? American Sniper’s success last weekend wasn’t limited to “flyover” country, where bubbas took time off from hunting squirrels and snorting meth to see Eastwood’s politically ambiguous film (Eastwood, against the Iraq War, has no specific moral agenda). I saw the film at a sold-out matinee with my wife and son in very liberal Baltimore on Sunday, and I don’t think American Sniper played to empty theaters in New York, Los Angeles or Boston. What was most striking about American Sniper, at least to me, was that at its conclusion not a sound was heard from the spectators as they filed out of the Landmark theater. I’ve never seen anything like it: it’s as if the assembled were deep in thought, trying to figure out both sides of the Chris Kyle story.

What “summer superhero blockbuster” provokes a reaction like that?