What Now for Martin O’Malley?

The outgoing Maryland governor is at a crossroads. 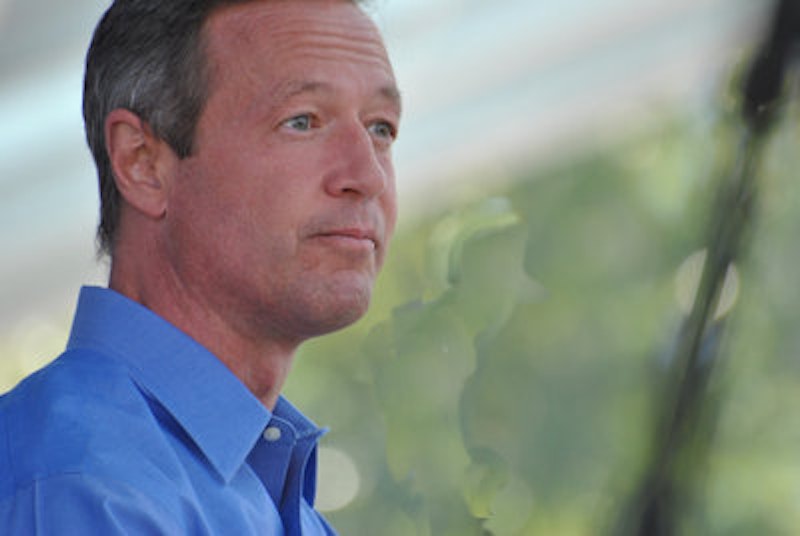 Martin O’Malley exits the Maryland governor’s office after eight years with a resume that’s fit for a presidential candidate but with diminishing encouragement from his home-state constituents and scant support nationwide. In fact, O’Malley appears to be incrementally stepping back from the promised candidacy, on several occasions recently pushing off a firm decision until spring and placing a large question mark in his career path.

As he hands off the governorship to Gov.-elect Larry Hogan, only the fourth Republican elected in Maryland since 1950, O’Malley takes with him a progressive record that, at times, leap-frogged ahead of national trends as well as Marylanders’ sentiment and readiness to accept dramatic social change. What’s more, the O’Malley Administration cruised through two terms without a scandal or major embarrassment.

Yet even at his best, O’Malley was unable extend his accomplishments beyond two terms, if only symbolically. The voters rejected his hand-picked successor, Lt. Gov. Anthony Brown, as merely an extension of O’Malley’s tax policies. Instead, they chose Hogan on a lick and a promise to roll back taxes and cut spending in a state that historically has prided itself on the high level of services it provides and its willingness, if grudging, to pay the price.

O’Malley presented a macho mix of style and substance, if not hubris, much of it the rapscallion persona carried over from Baltimore’s City Hall where he spent two terms as mayor. O’Malley brought a kind of big-city swagger to the office of governor that came with muscle shirts and his Irish-rock band that some found undignified but others enjoyed.

O’Malley was able to leverage his agenda with a mighty assist from lopsided Democratic majorities in the 188-member General Assembly. That, too, is slowly diminishing, though still a recognizable force. Hogan brings with him to the State House newly enlarged and numerically emboldened Republican caucuses, 50 members in the House and 14 in the Senate, though still not a large enough bloc to thwart the will of Democrats.

The record of O’Malley’s accomplishments is long, broad and one that would burnish any liberal politician’s resume: Repeal of the death penalty and the commutation of sentences of four men on death row; same-sex marriage; a higher minimum wage; Maryland’s version of the Dream Act; legalized gambling; a strict gun control law; a law protecting the rights of transgenders; closing of the notorious House of Corrections at Jessup; and laws as well as executive actions on the environment, energy and education. His self-acclaimed personal achievement, though others question its value, is the introduction of StateStat, a grown-up derivative of CityStat, a statistically-driven program that is designed to measure performance and results of government activities. The list of accomplishments, for the most part, is bold and impressive.

Over his eight years in office, O’Malley often bucked powerful and vocal constituencies to carry out his legislative goals. In fighting for the nation’s strictest gun control law, he took on the gun lobby spearheaded by the NRA. After a change of heart from his earlier opposition, O’Malley went up against his own Roman Catholic Church to win approval of same-sex marriage. And in leading the charge for repeal of the death penalty, O’Malley steam-rolled prosecutors, which he once was, who argued for keeping capital punishment on the books.

So ingrained are they now in Maryland law and social acceptance that Hogan, many times over during his winning campaign, felt compelled to assure voters that as governor he would not tamper with social advances and progressive laws that had been adopted before and during the O’Malley years.

O’Malley governed over a period that also bracketed the great recession and the near-collapse of the nation’s economy that seriously undermined Maryland’s revenue structure and the durable myth that the state’s financial security was pegged to the diversity of its economic base. Paralleling the recession was the federal sequestration, or reduction in spending, which revealed Maryland’s economic vulnerability because of its newly exposed reliance on federal dollars.

O’Malley was forced to raise taxes, tolls and fees, 40 by Hogan’s campaign count, to offset revenue losses. But he was also compelled, at one point, to rescind a tax on computer-based businesses after an organized uproar by the industry. Moreover, to his credit, O’Malley cut spending by billions, including the final round of cuts as a parting gift to Hogan of $410 million, leaving a revenue hole of $767 million for the new governor to deal with. O’Malley also leaves the state’s bonding capacity virtually exhausted because of over borrowing.

Hogan enters the governor’s office already admitting the difficulty of fulfilling his promise of cutting spending and taxes while at the same time being constrained by law. Fully 80 percent of the budget is mandated and to undo the mandates would require the kind of parliamentary acrobatics by the Democratic legislature that is nearly impossible as well as unexpected. Another example of fiscal handcuffs: Hogan has said he will attempt to cut tolls but in doing so he could face the wrath of bondholders who could sue the state for compromising their paybacks.

Maryland has what is known in bureaucratese as a “program” budget. Translated, this means that a governor legislates through the budget and sets his priorities through the programs he funds and the levels at which he funds them. So it’s only a few days until Hogan reveals his true leanings and his philosophy about the role of government in the everyday lives and livelihoods of Marylanders. His budget is due two days after he takes office on Jan 21.

Whatever plans Hogan has in his vest pocket have, for the most part, remained private until he takes office, as he promised. But hints of his sense of direction can be read into his staffing and cabinet picks, especially in the critical area of transportation. Hogan described his designated transportation secretary, Pete Rahn, as the “best highway builder in America,” a signal of trepidation among supporters of two proposed mass transit systems.

O’Malley, meanwhile, is taking his resume on the road and, as announced, into the classroom. As he looks toward life after the governorship, it has been reported that he has signed on with a speaker’s bureau in Washington and that he would like to teach a college course or two while he ruminates on his presidential candidacy and other future plans. And, a day after O’Malley advertised his academic interest, it was announced that he will join the faculty of the Johns Hopkins University Carey Business School as a visiting professor.

The most recent poll that included O’Malley showed that only three percent of his home folks say they would like him to be the next Democratic presidential nominee. And only 14 percent say he would make a good president. But the most ominous signal was the recent send-‘em-a-message election: Twenty of Maryland’s 24 subdivisions voted Republican in a state that is more than two-one Democratic. Even the redoubtable Democratic warren of Dundalk turned Republican. But O’Malley shrugs off suggestions that he is, in part or in whole, responsible for Brown’s loss.

But those who’ve been around Maryland politics do not sell O’Malley short. He’s a smart politician, cunning and self-absorbed, even at times self-righteous and preachy, who plans moves and leaps ahead. From his days as a Baltimore City Council member he plotted his way to mayor of the city and ultimately to the State House.

The only major impediment between him and a candidacy for the Democratic presidential nomination appears to be the elastic myth of Hillary Clinton. He claims, though, that Clinton is not part of his calculus. And she is looking more and more like last year’s prom date as the party lurches more to the left to fit the profile of someone like Sen. Elizabeth Warren (D-MA).

O’Malley, like him or not, and it’s obvious from the polls and the recent election that a lot of voters don’t, fits the job description as well as anyone among the available Democratic cast of characters. Meantime, he’s available for speeches and is shopping a manuscript about his years in Baltimore. As O’Malley eases into the private life of a citizen, it’s a safe bet that the perk he’ll miss most is his State Police driver. When he gets behind the wheel he’ll have to figure out where all of those roads go that he built.