Larry Wilmore is a Reasonable Man

The Nightly Show might get a lot more people thinking differently. 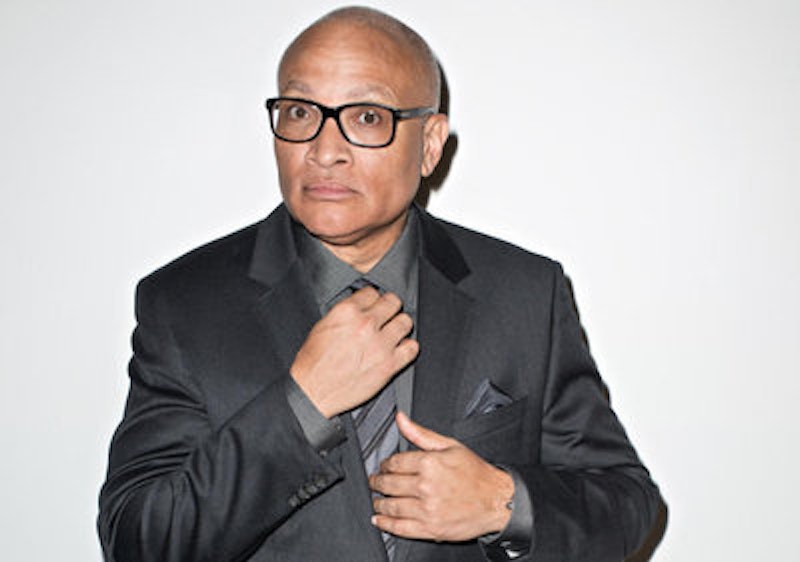 The Daily Show's "Senior Black Correspondent" is TV's only black late night host as of Monday, replacing that icon of millennial satire, Stephen Colbert. Comedy Central has been gnashing their teeth over The Nightly Show's premiere, as I learned when visiting the set last week for a test taping. I was asked politely but somewhat heatedly to keep a lid on what I'd seen, as nobody from the press had been expected. It was a weird night.

What I saw last Wednesday wasn't disheartening, but not particularly novel. Larry Wilmore repeated the now-ubiquitous Daily Show first-act formula, complete with drawn-out gags about dick pics and a wacky correspondent. The second act was more entertaining, as Wilmore assembled his roundtable of comedians and topical experts to talk turkey on computer hacking. This was a pretty dry way to open up a show in front of an audience for the first time, but at least Christian Finnegan was on hand to offer some wit. Act III called for all of the show's guests to stand in line and confess embarrassing secrets, in an overly lengthy segment clearly lifted from @Midnight. It was rough—something of the point, of course, to break everyone in. Still, the audience didn't respond very well. If they’d had hooted more, would I have been told not to write about the taping?

And so it was that in the waning hours of MLK Day, The Nightly Show debuted everywhere with a more hard-hitting topic: racial protests in America. Wilmore stuck with the first act monologue, but was more in his element when taking on deeply emotional political issues. He sat easily at the desk, and addressed the audience with more smirking candor. Wilmore's best comedy has always come from maintaining his signature even tone and amiable bellyaching, no matter how harsh his actual words or message, and he’s begun to transform that affability into a host's presence.

The rest of the show was devoted to the Real Time-esque roundtable, with Talib Kweli, Cory Booker, Bill Burr, and Nightly Show correspondent Shenaz Treasury (who got left out of the Hulu description for this episode because she isn't famous or a dude). The quintet ended up having a solid and somewhat productive discussion n the efficiency of peaceful protest and how to overcome racial inequalities in American society.

But more important than the productivity of the debate was its honesty. Act III has now become a time for the panel to collectively keep it real/100 and candidly answer uncomfortable, topical questions (like "pick a race for your baby"). The Colbert Report will live in infamy because dishonesty was built into its premise from the first “Word.” The Nightly Show is not, and will never be, comparable to that form of satire, so Wilmore and his team have taken the exact opposite approach, even before day one. It's a smart way to distance oneself from a predecessor, so long as the job gets done.

I'm happy to say that Larry Wilmore got his job done well the first time he did it. Ending with a recollection of the last racist thought he'd had and a promise to talk about Bill Cosby for half an hour the next night, Wilmore assured us all he was here to tell the whole truth and nothing but—no truthiness here. Less than a week ago, he told a hundred randomly assembled tourists that the backwards clocks and inverse globe on his set were symbols of thinking differently.

If he can keep up this pace for long enough, The Nightly Show might get a lot more people thinking differently. But not in the way Colbert chose. Wilmore placed a moratorium on pining for what's gone, wishing the Report a final farewell and ending the first official episode with one last change to the venerable 11:30 timeslot: his new, cheery refrain-come-catchphrase, “Good night-ly.” Because Larry Wilmore's a reasonable man, but when his name's on something, it belongs to him.