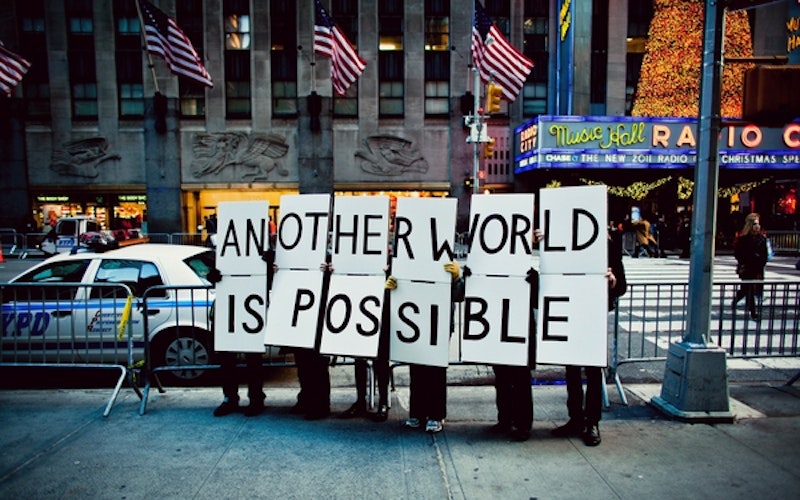 A prominent Christian political figure recently told me he sees no point in revisiting battles like the (apparently now settled) tug of war over gay marriage. Just as well, I’d say.

For one thing, turning every moral or cultural disagreement into a legal/governmental battle is a perfect formula for turning things ugly. And, crucially, the law can remain agnostic even on more fundamental questions such as the existence of God without the proponents of traditional morality being robbed of any tools with which to shape the world to their liking. After all, by definition, they have tradition and morality on their side, right? Who needs human law?

Now, I’m an atheist, so I admit I don’t think it’s crucial to spread, say, religion or heterosexuality, but I really do support most aspects of traditional morality and very much do want them to spread. Law can stick to enforcing the nearly universally-agreed-upon parts that involve demonstrable, more or less quantifiable harm by one person against another, meaning assault, theft, and fraud.

My Ten Commandments for Sane Social Conservatism—really polite suggestions for moderation from all factions – with recent examples:

1. Be tolerant, but do not assume that all harsh judgments are irrational and arbitrary. You may well be right that, say, “free bleeding,” as some activists now call letting menstrual blood run visibly down one’s legs without using tampons, is a purely natural process. Great!

But talk to scientists and you’ll also learn that our disgust reactions to many things are natural, too. We’d be more likely to get infections and die if we ignored many of them. Free bleeding is a fine example of something we needn’t outlaw but are in no way obliged to like.

2. Likewise, don’t assume people different from you are insane or grotesque—but don’t automatically rule out that possibility, either. Daniel Mills and Booker Smith both wrote pieces defending the transgender political movement against my rather cautiously expressed doubts about it. Smith complains that I criticized trans ex-male journalist Zoey Tur for making violent threats against conservative Ben Shapiro “without mentioning how abhorrently rude Shapiro acted.”

But this is the whole point: siding with violence is not the correct response to perceived rudeness, and hinting even for a moment that it is should raise questions about the sanity of one’s cause, even—perhaps especially—in the minds of very tolerant people. It seems tolerance has come to mean just siding with the former out-group even when it behaves intolerantly or insanely. This way lies not an atmosphere of peace and safety but the tense perpetual stand-off between gangs demanding “respect” on pain of reprisal.

3. Don’t use high school as a setting to sexually indoctrinate teenagers. We’ve probably all heard the horror stories about religion sneaking into the classroom in the guise of abstinence-only sex ed programs or occasional bouts of paranoia over gay teachers.

Consider the possibility that while you may be a well-adjusted, tolerant, liberal American, it appears there really are people out there with stranger agendas, axes to grind that they are for some reason only happy grinding on children (perhaps compensating for genuinely unfortunate experiences with intolerance in their own upbringings), fueling the understandable paranoia of the Christian parents we were laughing at just moments ago.

4. If tradition isn’t sacrosanct here in the U.S., celebrate when violent forms of traditionalism are abolished elsewhere as well. Nigeria banned genital mutilation, and Lagos hopes to abolish it soon as well. Good. Don’t waste too much time worrying about whether it’s good for feminist reasons or for imperialistic-Western-standards reasons. It’s good.

5. Observe that even the weirdest fetishists may have reasons that make sense to them—but in some cases still be well advised to alter their lifestyles. Somewhere out there must be people who are foot fetishists specifically because they suffer from “foot orgasm syndrome,” which at least one woman found annoying enough to warrant medical treatment.

6. Admit that religion can impede rather than promote conservative principles. Nick Miroff made the case in The Washington Post on August 1, as others have before him, that Pope Francis is not so much a Marxist as a Peronista. Well, I’d hate to see the Catholic Church, which is after all one of the world’s oldest and most important institutions, promoting Marxism. Unfortunately, Peronism is more or less moderate fascism and thus not much of an improvement.

How about we simplify the endless conflict over what the latest vague encyclical means and just stop pretending religious leaders are especially prone to moral insight? I think Francis inviting Ari Emanuel, Oprah, and Matt Damon to the Vatican is reason enough to abandon religion as any sort of guide to morality or economics.

7. When in doubt, how about just not taxing everyone to pay for your controversial favorite thing? If you insist on taxing to pay for things like, oh, say, Planned Parenthood—whether their works are good or evil or in-between—you really have no one but yourself to blame if the taxed public responds with massive protests, as people outraged by the Planned Parenthood activities revealed in recent videos plan to do on Saturday a week and a half from now.

8. Notice that neither cops nor abortionists like being videotaped, it seems. Arthur C. Clarke said television, which gets a bad rap, is actually a prerequisite for a humane society because it shows us the violence and suffering in the world with the immediacy needed to evoke an instinctual response. Video can surely be taken out of context, but it’s reasonable to be initially suspicious of anyone, right-wing or left-wing, who says, “How dare you show people what I’m doing?”

9. Maybe we can rightly judge how tolerant and intellectually consistent both right-wingers and left-wingers are by whether they’d accept legalized polygamous marriages. If you defend tradition, admit that polygamy is one of the oldest. If you defend diversity and tolerance, extend that attitude to the polygamists. You’ll be thanked by some Mormons, some Muslims, and some polyamorists alike.

10. Regardless of which side you’re on in any future battles such as the gay marriage scuffle, please avoid courts and voters alike jerking people around. I don’t know how many people outside of California noticed, but there the law told some who’d already gotten gay-married that they were later, suddenly unmarried.

That struck me as far more callous and disrespectful to the institution of marriage than anything likely to go on at the decadent gay wedding receptions of conservatives’ nightmares. It was also a bit like the plot of Ted 2, in which the talking bear is suddenly declared a legal non-person.

Argue well in advance of these issues becoming legal wrangles and unless it’s an urgent matter of life and death, please don’t pull the rug out from people trying to lead orderly, law-abiding, organized lives. It’s a bit like declaring an amnesty for illegal immigrants and then deciding several years later to throw them all out anyway. Conservative or not, it’s just rude.

Note that these (sane, moderate) 10 commandments will not be enforced by the state nor any private violence. In that, they are a model for both freedom and conservative civility.