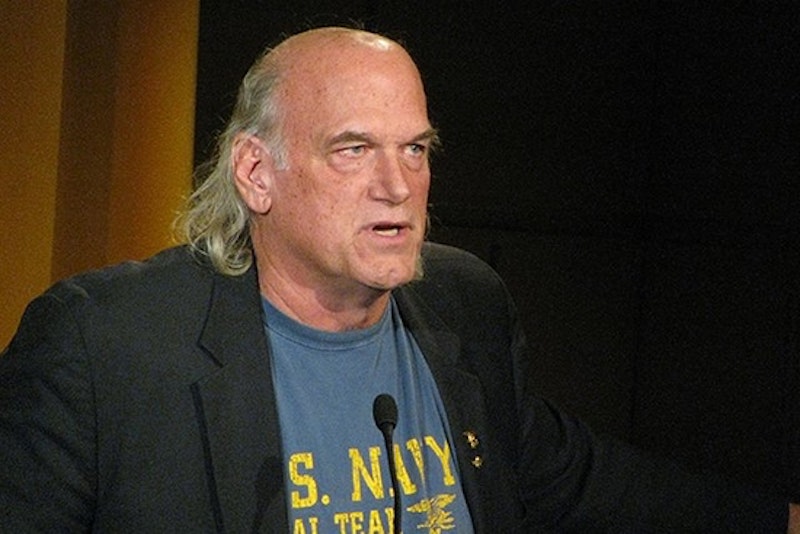 In a recent column, I said the Reform Party was a reminder how amorphous a thing “populism” is. But it turns out we don’t even need to look at the whole party. Look at Jesse Ventura all by himself.

• In late 2011 on (his fellow conspiracy theorist) Alex Jones’ show, Jesse Ventura, speaking of himself in the third person a bit like the Hulk, said: “Ron Paul has Gov. Jesse Ventura’s endorsement without a doubt.”

• In 2014, he noted on Facebook: “I endorsed Governor Gary Johnson for president in 2012. And I wish him the best in his new endeavor in the pot industry.”

So far, so good! Increasingly disillusioned with the mainstream Republican Party over the past couple decades, I also supported laissez-faire capitalist libertarians Paul and then Johnson in 2012. But, wait, hold on, what’s this?

• On July 13, 2015, on his Off the Grid show’s site at Ora.TV, Ventura said of socialist Sanders: “I hope Bernie’s successful and I wish him well the whole way. It will be interesting to watch it all happen. And if Bernie fails, maybe next year Jesse Ventura will pick up the gauntlet...”

OK. And Ventura affirmed that he's pro-Sanders recently while interviewing clean-living muscular leftist Henry Rollins, just to make matters weirder. But it’s not over yet!

• This past Tuesday, reports The Hill, Ventura told his staff, “I came in and said, ‘You know what, as far as the Republicans are concerned, I hope Trump wins.’” Ventura even asked former Trump advisor Roger Stone if he thought Trump might consider Ventura as a VP running mate.

Side note: Stone, too, counts as a conspiracy theorist, since he wrote a book making the case that LBJ killed JFK—a book that I confess at least served the useful purpose of reminding me just how many people hated JFK: Russians, communist Cubans, anti-communist Cubans, the Mafia, the North and South Vietnamese, the CIA, Oswald, LBJ, Nixon, Marilyn Monroe, unions, the Klan—who didn’t want JFK dead during his short three years in office, really? It was less like Camelot than like The Orient Express. I think some of that may have been addressed in an episode of Ventura’s conspiracy theory show Conspiracy Theory, in fact.

But almost as elusive is the mystery of Jesse Ventura himself. Always a menace to the establishment—and on balance a useful one, in my opinion. How many other former governors will tell you they were creeped out to discover they were expected as a matter of routine to meet with a large contingent of highly inquisitive CIA agents early in their tenures (in Minnesota, mind you), instead of just taking quiet pride in the high-level meetings? I don’t think Jeb Bush is going to be sharing his unsettling stories about the CIA anytime soon.

Ventura is a hunter with a target as amorphous as his own politics but one largely deserving of his ire, a predator in its own right: the establishment. It moves through the jungle of politics like a shifting, partially cloaked alien, its precise goals unclear and its weapon of choice continually in flux, for a moment hidden behind this or that government agency, then for a second concealed within a major corporation, perhaps days later obscured by a new war. Throw laissez-faire at it, throw socialism at it, throw Trump’s ego at it, it keeps coming.

You have to sort of admire the fact that Ventura keeps questing for something that can stop it, like anarchist Robert Anton Wilson or deconstructionist Michel Foucault taking on and then shedding political ideologies on an almost daily basis in hopes of finding some means of resistance in a hopeless, unending fight. In a battle this multifaceted, needless to say, Ventura ain’t got time to bleed. But if President Trump calls upon him, he may once more have time to lead.