Bush and the Case for Boredom

Not all forms of crazy are equal, notes Todd Seavey. 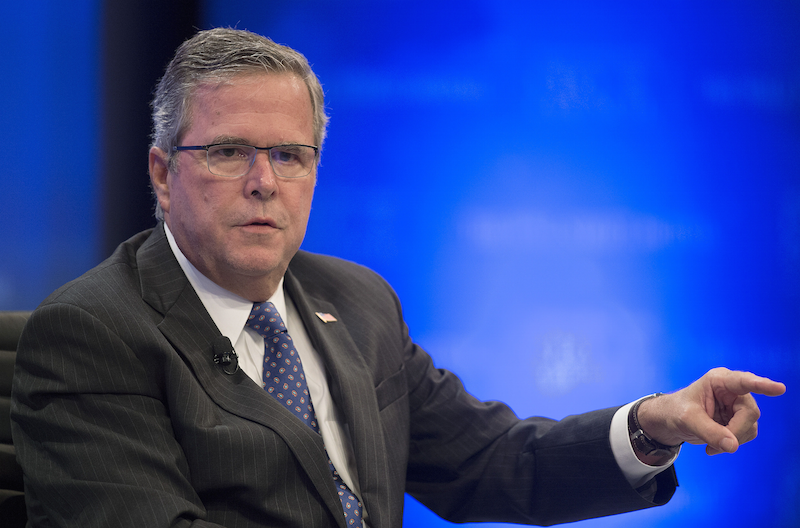 Maybe I’m just a really boring suburban white male who grew up in New England—maybe—but I’m haunted by the thought that of the 24 significant declared candidates for president so far from the Democratic, Republican, Libertarian, and Green parties, the one who strikes me as least weird in the wake of that big Trump-and-friends debate last week is, forgive me, Jeb Bush.

I don’t mean policy-wise. Even Rand Paul and the Libertarian Party’s Gary Johnson are a bit too pro-government for my tastes. But temperament-wise, wasn’t anyone else pleased that Bush sounded happy and calm and level-headed? He wasn’t shouting at anyone. His sentences were coherent. He didn’t get into a huge argument with anyone else on stage. He smiled. He seemed pleasant. We still want sanity in nominees and presidents, right?

So, of course, early buzz is that he lost some support for being too boring in the debate. Furthermore, one article quoted an anonymous major Bush backer as admitting that Bush was the most boring person onstage aside from Rand Paul—the guy I’ll probably actually be voting for in the primary. And so comes the periodic fear that I’m not just out of touch with the human race but completely at odds with it—even though in this case I was meeting humanity halfway by admitting that one of its beloved fascistic statist dynasties seemed at least to have coughed up another fairly presentable humanoid.

But maybe I’m part of the problem. Thinking that a family with a long background in business, government, and running the CIA would at least yield some sort of cold-blooded, golf-loving, aristocratic competence was what got us into trouble in the last two Bush presidencies. If the public is now immunized against that temptation, it may be in some ways wiser than I am.

As an anarchist of sorts, maybe I should prefer a public that now goes for showboating, arm-waving lunatics instead of the bluebloods who caused half our past woes. (For those still enamored of aristocrats, though, I’m informed the British consulate in New York is having a drawing contest for anyone tempted to send in a portrait of Queen Elizabeth II.)

The debate-viewing public being bored by Bush may be the best evidence yet that the establishment has lost its credibility. Fine. I just hope that whatever comes next, however entertaining it may be, isn’t even more dangerous.