The Red and the Black

Once again, Eastern Shore residents cover their eyes from routine and murderous racism. 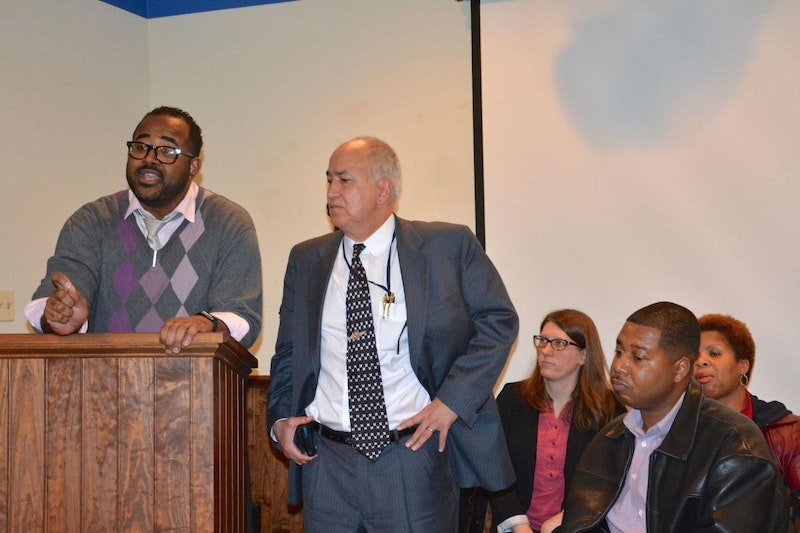 It was only a matter of time before cops would kill an unarmed black person here in Maryland’s Eastern Shore region. On September 15, 2018, a Greensboro, MD police officer killed 19-year-old Anton Black after chasing the young man for allegedly trying to abduct a 12-year-old boy (even though Black and the 12-year-old were related and there was no abduction attempt). The officer tazed Black, pinned him to the ground, and Black became unresponsive. He was pronounced dead at Easton Memorial Hospital moments later.

Since then, Black’s friends and family have demanded answers from the Greensboro Police Department. The Washington Post and Baltimore Sun have written about it. Maryland Gov. Larry Hogan spoke last week to demand answers. A video of the incident between Black and the police officer was recently released, and Black’s family currently wants the Department of Justice to conduct a civil rights investigation.

Meanwhile it’s quiet on the Eastern Shore. The local newspaper has covered the story numerous times, but flip open to the editorial page and not a peep. No Eastern Shore citizens demanding answers, other than the Coalition for Justice for Anton Black. No editorials from the Star Democrat staff. Once again, Eastern Shore residents cover their eyes.

As I previously wrote, Maryland’s Eastern Shore region pretends there aren’t tensions between its traditional conservative small town values and growing awareness of larger social issues. Liberalism, urbanism, and social progress are Western Shore values, according to Eastern Shore residents, which is why anyone who moves from the Western Shore to the Eastern Shore is immediately side-eyed with suspicion. Things are fine just the way they are, so keep your Western Shore liberalism to yourself. Sometimes this suspicion is justified, like when there’s a debate about a new building proposal’s potential effect on the local environment. Most of the time, however, the motto is, “It can’t happen here.”

The Eastern Shore isn’t completely blind to larger social issues. Occasionally there’s a conversation about race and an annual Frederick Douglass Day celebration, but are they helping bring awareness to systematic racism still going on today? Judging by all the Blue Lives Matter bumper stickers I see daily, and given the fact that Talbot Boys memorial still sits outside the Talbot County courthouse, it’s easy to assume certain lives matter more than others around here.

It’s not just systematic racism that the Eastern Shore likes to pretend can’t happen here. A teenage transgender boy named Max Brennan recently sued the Talbot County School Board for his right to use the boys’ locker room. Once again, it got more attention in the Washington Post than the Star Democrat; the only time the local paper acknowledged the case was when Brennan and the school board reached a settlement.

This can’t hold for too long on the Eastern Shore. Eventually residents must acknowledge that larger social issues are happening here. Racism is alive on the Eastern Shore, and it’s going to take a lot more than just another Coffee with a Cop event in order to solve it.