A State of Contradictions

Arguments over the Talbot Boys monument in Easton, MD. 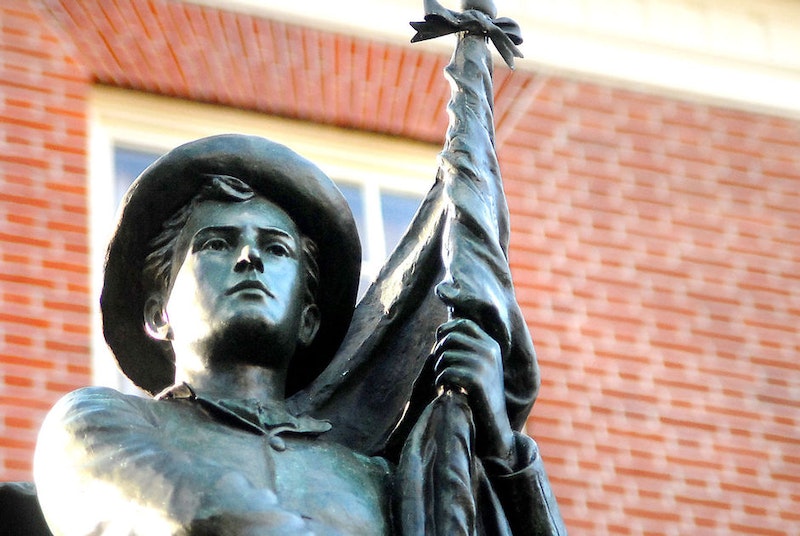 In front of the Talbot County courthouse in Easton, MD are two monuments. The first is a statue of Frederick Douglass, the great civil rights leader born right here. The second is a memorial of the Talbot Boys, members of the community who fought for the Confederacy during the Civil War. These are monuments commemorating the legacy of a man born into bondage, who was viciously beaten for learning how to read, who eventually escaped from his shackles, and who dedicated the rest of his life to liberty and human rights, and another dedicated to the memory of those who fought to keep men like Douglass in shackles. To know Maryland is to understand the symbolism of these two monuments standing side by side.

Maryland’s a state full of contradictions. It’s both liberal and conservative, urban and rural, white-dominated and diverse, progressive and reactionary. To the west of the Chesapeake Bay lie mini-cities like Silver Spring, Rockville, and Waldorf, with every chain restaurant American capitalism can create and every tree it can cut down to build a new Target. To the east of the Bay lie miles of open fields peppered with occasional towns like Easton and Cambridge. Its residents are so committed to preserving what little bit of natural beauty Maryland has left that they see building a Food Lion in a rural town as a sign of the apocalypse. Every major city contains a tiny sliver of small-town Americana, and every small town has a designated area for urban development.

For the most part Maryland quietly lives within the contradictions, but sometimes the bottled-up tension spills out. A few years ago, a huge debate erupted in Easton about whether or not to remove the Talbot Boys monument. The Talbot County NAACP rightly pointed out that the monument commemorates people who fought for the legal right to own people as property. At best, the opposition said taking the monument down would disrespect the Talbot Boys’ descendants, but at worse some said the NAACP didn’t represent “real Americans.” In the end, the County Council voted to leave it in the hands of the local historical society, and Talbot County is trying to compensate for this by declaring 2018 the Year of Frederick Douglass. But the debate over the Talbot Boys isn’t over. In the meantime, the two monuments stand side by side, while everyone passes by quickly to forget living in the tension.