The Reactionary Grift of the Dirtbag Left

Chapo and its imitators look lazier and more useless every day. 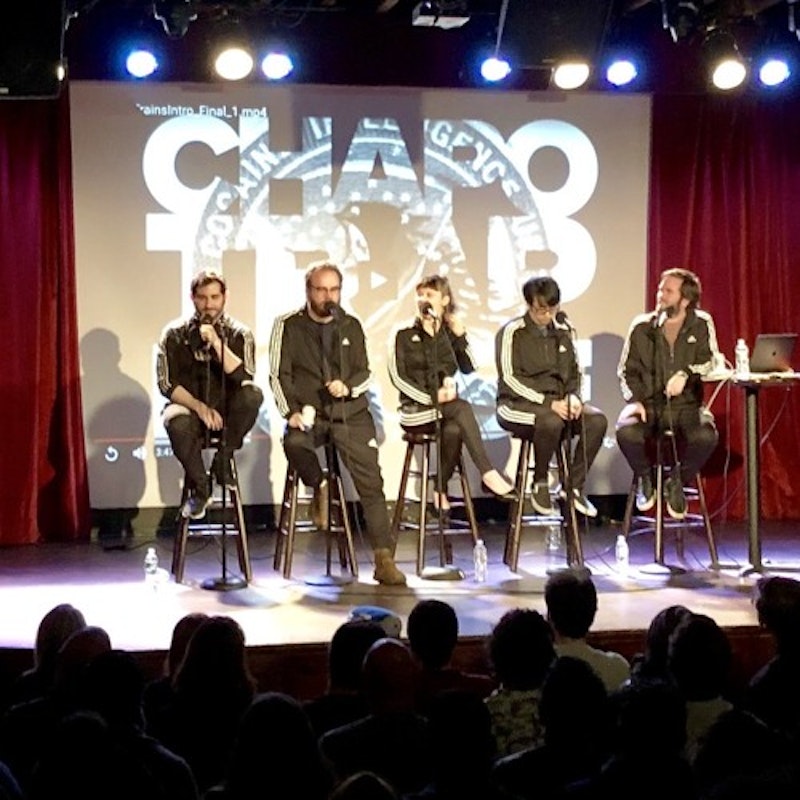 During the run-up to the 2016 election, the podcast Chapo Trap House was greeted by many in the mainstream media it denigrated as a vital new voice on the left. Hosts Felix Biederman, Matt Christman, Will Menaker, Virgil Texas and Amber A'Lee Frost were unapologetically vulgar, eager to savage Hillary Clinton and Steve Bannon alike. Frost, who named Chapo and their fellow travelers the "dirtbag left," insisted that incivility and outright cruelty could "help tarnish the unearned prestige of the powerful." As an example, she praised the viciously sexist and homophobic cartoons directed at Marie Antoinette during the French Revolution. Meanwhile, her co-hosts liked to use the ableist slur "retarded" to pillory their interlocutors. A left that attacks marginalized people to show their hip anti-establishment bona fides: what could go wrong?

If you'd like to see, check out the recent interview in spiked with Frost and Anna Khachiyan, co-host of Red Scare, a Chapo-adjacent podcast. Spiked is the reboot of British magazine Living Marxism, which had to fold after it tried to deny atrocities against Bosnian Muslims and then lost a libel suit. Spiked has continued in that tradition of Islamophobia and genocide denial, claiming some sort of nebulous leftist commitment while pushing reactionary garbage.

The interview starts out with staff writer Fraser Myers praising Khachiyan's bravery for making a transphobic joke, and it quickly goes downhill from there. Frost attacks liberal feminists for "smearing [working-class women] as reactionaries because they voted for Trump." That's an argument that cheerfully conflates Trump voters with the working-class, even though they were richer than Clinton voters, and even though poor black women especially voted virtually unanimously for Democrats. Frost then bizarrely claims that there's a crisis of middle-class women removing their uteruses—a charge for which she provides no evidence. The supposed hero of the new leftism uses an interview in a reactionary magazine as a platform to advance a baseless moral panic about how women have too much access to reproductive health services. When she inevitably does her next interview at Breitbart, she'll no doubt go full-forced birth.

The key to Frost's worldview, such as it is, is her belief that, "The biggest divide in American society is class and that’s it." She reiterates, "I'm a class-first person."

What that means, for her and for the dirtbag left in general, is that class oppression is the only real oppression, and anyone who’s concerned about transphobia, misogyny, or racism, is a bad faith person trying to undermine the socialist cause. Khachiyan helpfully underlines the point: "There’s this idea that we live in a white supremacist country when we fundamentally don’t." Black people may have been enslaved once, and police still shoot them in the street, but "fundamentally" racism is gone, and concerns about it are just distractions from real issues. Trump and Tucker Carlson would agree.

Class-first leftism is a simplistic and reductive ideology. Like it says on the tin, it reduces everything to a single issue. But the simplicity is part of why the dirtbags find it appealing. If you turn everything into a nail, the only tool you need is a hammer. When you have the one true answer to everything, you have to spend a lot less time preparing for that podcast.

Moreover, class first leftism allows the dirtbags to imitate reactionary right wing media's essential grift: posing as champions of the downtrodden while kicking the marginalized. Attacking women, the disabled, or antiracists, is presented as heroic socialism, since all those people are trying to distract us from the only real nexus of oppression. Thus, Frost in a since-deleted Medium post called disability advocates in the Democratic Socialists of America a bunch of "wreckers" when they said they wanted a bigger voice in the organization's health care policy planning. Frost has a direct psychic connection to the workers; she doesn't need to listen to experts, or marginalized people directly affected by policy.

Along the same lines, a recent edition of the Red Scare podcast declared that the Proud Boys were just "LARPing as Nazis," and argued that people concerned about the organization were just pitiful nerds. This despite the fact that the Proud Boys have been declared a hate group by the SPLC. One of their members helped organize the Unite the Right rally in Charlottesville, where counter-protestors were beaten, and one was murdered.

Like Trump, Red Scare insists on blaming both sides for far right violence, wondering aloud why anti-fascists organize in Portland, even though it’s fascists who’ve repeatedly targeted the city, and threatened the mayor. Recently in the same state, right-wing terrorist groups coordinated with the Republican Party to prevent Democratic legislators from addressing climate change. But for Red Scare, organizing against right violence and terrorism is just a silly distraction. Which, coincidentally, is exactly the position taken by right-wing media.

The Chapo podcast is rarely so clueless or craven. But it’s often equally lazy. On a recent episode, Menaker, Biederman, and Christman nattered on about the Democratic debates, concluding that Sanders was "the only morally serious person up there" and semi-ironically endorsing Marianne Williamson because she's not part of the Democratic establishment, without seriously critiquing her ties to anti-vaxxers, or her self-help fat-phobic capitalist bootstrap woo. Partisan boilerplate, kicking the evil Democrats, and no-research pontificating—it's boosted Fox News to the top of the ratings, and it's netted Chapo more than $1 million a year in Patreon donations.

Chapo's aggressive online fans will surely respond to this article—as they respond to any criticism of their idols—with rage accompanied by bleating assertions that they aren't angry. "It's just a comedy podcast!" they'll insist. "You're a neoliberal for not embracing anti-vaxx bullshit! Real socialists denounce women for getting hysterectomies!" Chapo has convinced its hardcore fans that only these brave podcasters really care about equality and the oppressed. But every time they speak, the members of the dirtbag left demonstrate their carelessness, callousness, and indifference to the values they claim to champion. The left can do better than this bigoted bullshit.