Frederick Douglass Was Pissed as Hell at America

Sen. Cruz, I read the speech. 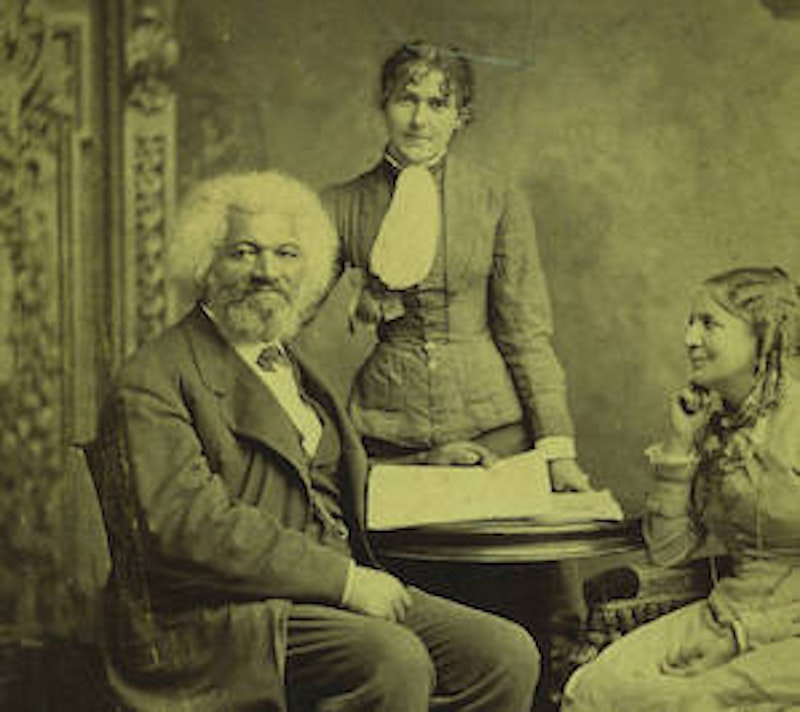 “Let me encourage everyone, READ THE ENTIRE SPEECH,” tweets Sen. Ted Cruz. That means he’s expecting you not to read it. Frederick Douglass had a prose style like H.P. Lovecraft, Thomas Babington Macaulay, or Daniel Webster—in Douglass’ case, an often splendid style, but still not of this time. On July 5, 1852, he unleashed 10,399 words before the members of the Rochester, N.Y., Anti-Slavery Sewing Society. This speech is what Cruz is waving at you so temptingly. Nobody reads things like that anymore; we just argue about them. But I called Cruz’s bluff and will now report back.

First, the Fifth of July Speech is a startling, bruising, overpowering torrent of language. Douglass was pissed as hell at America. He was furious. He was appalled. He was disgusted. Read the whole speech, it’s like opening a furnace: “for revolting barbarity and shameless hypocrisy, America reigns without a rival. "The subject, basically, is how black Americans are going to feel on the day that America celebrates its founding. The answer: “This Fourth of July is yours, not mine.” Last week Cruz took issue with Colin Kaepernick for tweeting this and similar quotes from the speech. “Douglass was not anti-American; he was, rightly and passionately, anti-slavery,” Cruz maintained, quoting a hopeful passage from the speech’s end. The conservative pundit Charles C. W. Cooke tweeted the same passage, leading up to it with quotes where Douglass called the Constitution “a GLORIOUS LIBERTY DOCUMENT” and affirmed that it wasn’t pro-slavery. Cruz demurely said Kaepernick had left out “context” (for example, he noted, now there isn’t slavery). Cooke was harder hitting. “Are you afflicted by some ugly malady that prevents you from finishing reading a document?” he demanded of Kaepernick. “Or did you just want to provide an impression wholly unsupported by the evidence?”

Cooke spat this out right after the big cheerful quote he and Cruz both admire. Well, Cruz took this quote out of context and Cooke lopped off its last seven words, suppressing all sign of a key thought that followed. The quote’s complete version: “Allow me to say, in conclusion, notwithstanding the dark picture I have this day presented, of the state of the nation, I do not despair of this country. There are forces in operation, which must inevitably, work the downfall of slavery. ‘The arm of the Lord is not shortened,’ and the doom of slavery is certain. I, therefore, leave off where I began, with hope. While drawing encouragement from ‘the Declaration of Independence,’ the great principles it contains, and the genius of American Institutions, my spirit is also cheered by the obvious tendencies of the age.”

Read that close and you’ll notice “forces in operation” and “obvious tendencies of the age,” the second of these being the phrase Cooke dropped. What are the forces and tendencies? Douglass tells us in the very next sentence, one that doesn’t get quoted: “Nations do not now stand in the same relation to each other that they did ages ago. No nation can now shut itself up, from the surrounding world, and trot round in the same old path of its fathers without interference… The arm of commerce has borne away the gates of the strong city. Intelligence is penetrating the darkest corners of the globe.” We have now hit the speech’s peroration. This is the thought Douglass wants to go out on. Douglass rears back, looks at the horizon, and sights hope, and this hope is that America won’t be left to itself. In this age of progress, he says, even “the darkest corners of the globe” are being reached. Manchu China (“The Celestial Empire, the mystery of ages, is being solved”) will bring its ways into line with the ways of light, and the same goes for the United States and slavery.

That’s the note on which he leaves his audience, unless you count some stanzas he quotes from William Lloyd Garrison about the day when we’re all brothers. Just before lumping us in with China, Douglass voices a hopeful notion about the British, namely that now they can influence us more easily: “From Boston to London is now a holiday excursion. Space is comparatively annihilated. Thoughts expressed on one side of the Atlantic, are distinctly heard on the other.” This is a raw thought for an Independence Day speech. But who can blame him? As Douglass says earlier in the speech, the great majority of American churches were fine with slavery, whereas the “churches in England” were not.

“Douglass was not anti-American; he was, rightly and passionately, anti-slavery,” Cruz tells us. In the speech, at least, Douglass doesn’t go in for that distinction. “The existence of slavery in this country brands your republicanism as a sham, your humanity as a base pretence, and your Christianity as a lie,” he says. Our politics, our religion, and us—all rotted. Today we read the cheerful quote about slavery ending and “the genius of American Institutions,” and we figure he means America will live up to itself, that America will end slavery by remembering that it’s America. But Douglass wasn’t counting on some special American inclination toward freedom. He pins his hopes to the idea that America will be worked on from outside and thus brought into line with the civilized world. That’s what he says in the Fifth of July Speech, anyway.

I must say that Cooke and Cruz have a primitive idea of context. They think it means bobbing for good-stuff quotes if your enemy puts forward bad-stuff quotes. What they found was that a man trying to abolish slavery in America said he believed that slavery could be abolished in America. A man trying to change a central institution of his country argued that the country’s operating document favored the change he favored. That’s what Cooke and Cruz wave overhead. I’ll add that Douglass warmly praised the Founding Fathers (“Their solid manhood stands out the more as we contrast it with these degenerate times”) and America’s founding principles, specifically as laid out in the Declaration of Independence. But find some place in this speech where he says America will live up to these principles. It isn’t there and I don’t see how Colin Kaepernick was wrong.