The Post-Physical Economy and the Rise of Trump

His election was a narrow repudiation of the Clinton-Bush-Obama technocracy. 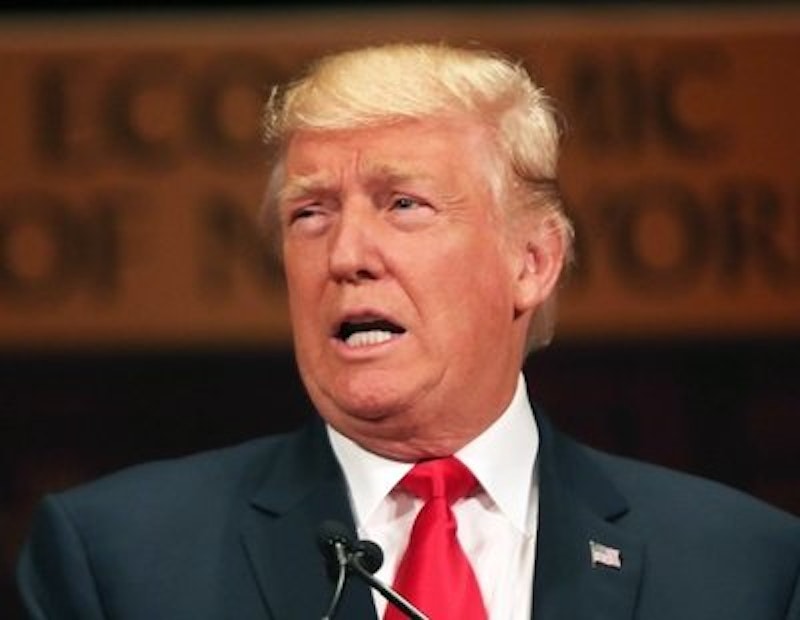 I'm going to take another crack at giving an explanation of Donald Trump, in an economic vein that also ends up as commentary on our culture. It has to do with the arc of a transition from an economy based in physical things and physical needs, to what might be termed a “technocratic” economy, a symbolic economy of information, messaging, narratives, branding, and the like. During the four previous administrations, this technocratic transition was pursued by conscious policies and embodied in semi-conscious leadership personae.

When the U.S. shifted from a manufacturing to a "service" to an "information" economy, circa 1970 to 2010, it was the result both of concerted policy and underlying cultural prejudice. When the people running our institutions imagined a prosperous, upwardly mobile America, they imagined people not having to do dirty jobs or physical labor. They envisioned a population of doctors, lawyers, executives, accountants, engineers, and brand managers. They envisioned a world of people like themselves. To be like them was self-evidently something everyone would desire.

They imagined the whole society as upwardly mobile in the sense, perhaps, that their own families had been. They wanted for the society as whole what they wanted for their children—to be, or to marry, a nice lawyer. Sweet, but an economic howler. There can’t be a viable economy consisting only of service providers and government bureaucrats: there has to be some sort of underlying production that generates the resources on which that sort of bourgeoisie feeds, and which serves the physical needs of physical creatures such as ourselves.

The approach to education is a key example of this transition. The argument, pushed relentlessly by Clinton, Bush, Obama, goes like this. People who graduate from high school make more money than people who don't, but not as much as college grads. People with advanced degrees make more money still. The obvious conclusion: educate the whole population and everyone will make more money. Education is the key to economic productivity. If everyone had a post-grad degree, everyone's income would be very high.

It’s a ridiculous idea, but one that’s pervasive to the point of cliché: the key is education. But even if there is a chance that, in isolation, an enterprising young person could improve his or her situation by getting more degrees, it might well be that if everyone headed in that direction, the economy would collapse entirely. There just can't be an economy where nothing physical gets done, because everyone is sitting in a cubicle somewhere, managing, or thinking, or coding, or writing emails, or staring blankly at Facebook. Also, one might be rather dissatisfied with that cubicle as the destination of one's journey to the American dream.

The entire educational system was re-thought on the basis of this non-insight. We started measuring the success of schools by graduation rates and standardized-testing scores. We tried to manufacture the sort of minds needed for the service and information economies, the sort of minds that can type on keyboards all day or successfully fill out forms or sit still in their office chairs or greet you on behalf of a government agency and send you whirling through the endless bureaucracies of like-minded and like-skilled standardized service humans. They wanted and still want to start educating children in this way at birth, and not turn them loose until 20 years later, when they've gotten their MA.

Oddly, however, our lives were all the time still conducted in the physical universe. Perhaps it seemed bizarre to Bill or Al or Barack that we still had to eat, or move our bodies from one place to another, or wear clothes, or employ furniture. They seemed to think they were preparing all of us to migrate to an abstract world. Nevertheless, we still needed all of that stuff. Not only that, but in the decades of pursuing this policy they haven't gotten anywhere close to giving everyone a college degree or suiting us all to the information economy. Nor will they; nor can they; nor should they.

The mainstream political left, including Hillary Clinton and Barack Obama, put everything on this picture. It was Bill Clinton and Al Gore's rallying cry in the 1990s: a bridge to the 21st century, a transformed IT America. With the technocratic vision comes a whole syndrome of positions: leaning on experts, relentlessly emphasizing science and technology, paying abject homage to software billionaires, creating a three-way circulation between Goldman Sachs, Harvard University, and the cabinet. Then Democrats wonder how they lost the blue-collar vote. If you think it's in the interest of blue-collar people, for example union members, to help the Democratic Party transform the economy and the values of the culture in this way, you’re willfully blind, whatever government benefits you're offering. I think it was much closer to their rational interest to vote for Trump.

One strategy for realizing this impossible vision of a post-physical economy might have been to promote all native-born Americans to service-providers or IT consultants while importing a workforce for practical matters such as agriculture, transportation, building, mowing lawns, and so on. There has been some of that; fundamentally, that's where those 11 million undocumented people came from. But the basic move was to shift manufacturing and even to some extent agriculture to other countries. The only way to have something resembling a service or information economy, or a whole workforce of professionals and cubicle-dwellers, is to outsource physical reality more or less entirely.

First, this sets up a situation in which your society of professionals is massively parasitic on a worldwide system of economic exploitation. And second, this is a solid formula for devaluing and immiserating a portion of your own population: the people who are unsuited to the cubicle, or just for one reason or another fall by the wayside in the mechanical march of robotic education. Such people fall out of the economy completely, or they continue in the physically-oriented tasks: we still have to build and fix things. But the dignity of that sort or work was massively under attack in the technocratic vision that valued education, keyboard-stroking, strategic messaging, and filling in little circles with #2 pencils above all.

That is, to a large extent, what led us to Trump. His election was a repudiation (extremely narrow, it is true) of the Clinton-Bush-Obama technocracy. The resentment was inevitable, rational: people who work with their hands had been devalued for decades; someone like Obama probably thinks in his heart that no one would be a carpenter if they could be working on an app or a rebranding, or delivering inspirational pabulum. I don't think you need racial resentment to explain Trump's success, though that's there too.

Trump's notion of bringing back manufacturing through restrictive trade policies and tax cuts is more, that is, than a set of economic recommendations; it’s the reversal of a set of vastly problematic economic and cultural transformations to a large extent imposed by governmental policy. These transformations did lead to a dramatic increase in illegal immigration, partly to do the sort of jobs that Hillary Clinton thinks Americans don't want. Well, no one she hangs out with would want a job like that.

But I don't think that the approach of restricting immigration more and more is a promising way to address the problem. If the American economy doesn’t require imported labor to be productive, then fewer people will come. That occurred during the economic downturn. Meanwhile, as much of the economic activity associated with large-scale manufacturing shifts to other countries, this sets in motion increases in productivity there that in the long run may find people staying home for the same sort of economic reasons that they previously migrated, especially as technocratic economies, in part because they have lost contact with the real world, begin to slump.

In particular, the idea of “merit-based” immigration, which is advocated by many Democrats, but now also by Trump as a way to express the racial aspect without expressing it, seems a wildly counter-productive approach. We want all the world's software engineers and candidates for advanced degrees, and none of its craftsmen, farmers, or bricklayers. This envisions a re-doubling of the worldwide caste system. It’s a way to keep trying to build a fantasy economy that rests on information or litigation or something rather than real human bodies in a real world.

I think we should admit immigrants by need, not advanced degrees, and I think that a need-based immigration system would end up being far more economically viable in the long run, because it holds on to the possibility of fulfilling basic human needs domestically. Not our imaginary needs, our symbolic needs, our psychological needs, our self-esteem quotient, or our prestige, but food, clothing, shelter, and transportation.

Meanwhile, the economics of manufacturing have largely been replaced by the economics of government benefits. When you're dropping that many people off the bottom in your alleged attempts to lift everyone to the MBA level, when your domestic economy isn't making anything actual, you're going to have an ever-growing group of people who cannot or at least do not find a place. An amazing number of Americans, for example, are collecting Social Security disability benefits; one of the disabilities that a lot of them suffer from is that they are not the right sort of people for the information economy. In addition, of course, our whole society is now physically dependent on the distant labor of people with no responsiveness to or input into our own economy or polity.

It’d be nice to restore a bit of the dignity of physical labor, and to puncture some of the dignity of technocratic bureaucrats. But whatever the dignity or indignity of this and that, we obviously will never be a planet of managers and code-writers, except as we verge on extinction. We’re still physical creatures in a physical environment. That's a good thing about us, because mere human minds in a merely human environment—a high-rise office building, for example, or a social media site—tend to behave unspeakably.

A backlash against the technocracy was inevitable, if for no other reason than that technocrats don't even talk like human beings. They don't treat human beings like human beings either; the standardized-testing regime, characteristically for this whole value system, treats children as things, or as less than things. In a way, all Trump had to do was talk like a person. Also, many people were being "left behind" in the march of "progress"; they became irritated about that for good reasons. The kind of progress proposed yields an utterly empty, meaningless version of human life. And the basic economic picture rests on howling mistakes and can yield little but a long decline. And we’re liable to get our ass kicked in many dimensions by people who have maintained their contact with the material world.

Other than that, though, this technocracy thing has been great.