Who Debunks the Debunkers?

The referee is usually insane. 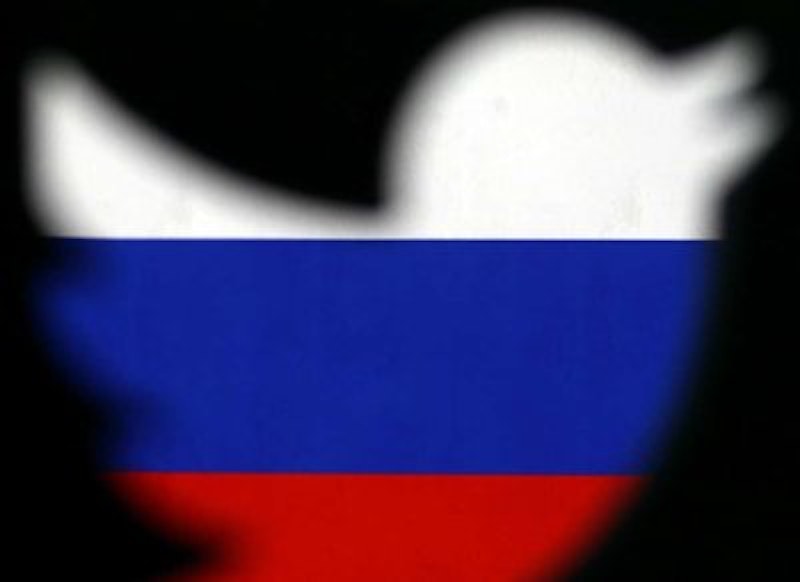 When the social media giants announce they’re going to protect us from misinformation on the Internet, they’re almost as creepy as the bots.

A friend of mine (not me, I swear) was one of the people—precisely 677,775 people, according to Twitter’s announcement—who received a message from Twitter warning him that he had, yes, interacted with the Russians: “Consistent with our commitment to transparency, we are emailing you because we have reason to believe that you either followed one of these accounts or retweeted or liked content from these accounts during the election period. This is purely for your own information purposes, and is not related to a security concern for your account.”

I can’t help wondering whether the likely effect of such a message will be to make Twitter users more conscious of Russian activity or merely more conscious of the fact that Twitter knows what you did during that election that Twitter probably thinks should have gone a different way, and perhaps would’ve gone differently, if not for precisely 677,775 dupes like yourself collaborating with foreign agents.

I’m guessing most of those 677,775 people—let’s say 338,888 of them—were already well aware that plenty of tweets are false or nonsensical. They probably just follow, retweet, or like the ones that entertain them. Twitter is going to be very busy, not to mention drunk with power, if it tries to send out warnings about all bogus tweets. Is it even clear that people don’t want to interact with Russian Twitter accounts? Are we sure the Russians are more wrong than, say, Venezuelan Twitter accounts? And is there such a thing as an election unperturbed by nonsense and opinions from dubious sources anyway? (The incoherent dream of a “pure” election is the reason so many liberals believe in overturning the Citizens United Supreme Court decision. Can’t have political speech interfering with our elections!)

The question of news sources’ reliability is not lightly dismissed, but neither is it easily solved. So, over at Facebook, they’re taking a slightly more hands-off approach than Twitter and inviting you, the users, to vote on which news sources deserve to be ranked as reliable or unreliable. This is, for lack of a better analogy, an almost Google-like approach to “truth.” (There was a recent Orville episode about a society that comes to see truth this way, literally up for a vote, a reminder The Orville may be more Trek-like in its philosophical subject matter than Star Trek: Discovery.) Facebook’s hands-off democratic approach is at least a PR-friendly way to look like they’re “addressing the issue.”

Meanwhile, a publication that will likely end up highly ranked if either the public or a team of experts picks credible news organizations (in part because of name recognition, which is a dangerous metric), Newsweek, just posted a Russia warning of a different kind: an argument that Hillary Clinton, believe it or not, could still win the 2016 election (you know, that election that happened back in 2016), if the election is declared invalid by reason of Russian interference, as if voiding elections because of Russian Twitter accounts or hacked emails would not be a far more dangerous precedent than sucking it up and recognizing that all politics is awash in b.s.

Mind you, I’m not saying conspiracy theories—whether about Russians, an anti-Russian Deep State, or anything else—are necessarily false. I say keep on peeling away layers of the truth as if it’s one big paranoia-inducing onion. Come to think of it, is it coincidence that Newsweek’s offices were raided by tax investigators the same day it posted the article implying Clinton may yet beat Trump?

More onion-peeling should certainly be done on the topic of that New York Times report on UFOs I mentioned in a recent column. Although stories like that make me think I shouldn’t be quite as dismissive of UFO claims (and thus perhaps other paranormal claims?) as I was in my hardcore-skeptical youth, one YouTuber has posted a fairly convincing argument that the UFO seen in the footage attached to that Times piece was merely a lens-flare video artifact and not even a very exotic one. I thought it was odd the blurry thing remains perfectly centered throughout. The establishment doesn’t do its homework and neither do the rebels, I suppose. Trust no one. (The footage alone does not confirm or invalidate numerous other UFO reports, of course.)

Even the footage right before your eyes remains disputable if you’ve imbibed a bogus theory for interpreting the imagery. Most of us saw at least a second or two of that car plowing into leftist protestors in Charlottesville—but now I see an Antifa-sympathizing professor claiming he scared the driver by brandishing a rifle. Might that exonerate the driver who millions were convinced just committed cold-blooded murder? We’ll see.

And don’t be too surprised professors are getting involved in these sorts of brawls now. Although it makes sense for the left to be alarmed by some of the right’s lowlifes, what scares the right is that the left’s elite is so nuts. You can become a right-wing racist crank just by growing up in the trailer park, but the left’s fanatics often have tenure and usually more intellectual influence. NYU just hired that leftist professor who was in the news for posting about his longing for “white genocide.” He’s probably the sort of guy who gets consulted by people who want to set up systems for weeding out false claims. He’s from an elite institution, after all.

Well, at least the professor probably supports good humanitarian causes like this being National Slavery and Human Trafficking Prevention Month. Then again, it’s entirely possible Trump declared this month because he was influenced by those PizzaGate conspiracy theories about the political elite being tied to sexual depravity and child trafficking—as once in a while they are. Until God Himself becomes the omniscient b.s. czar at Twitter, we may have to accept that our world is the product of numerous competing forms of intellectual legitimacy, some high and some low but all of them more or less nonsense.