The intersection of race and statistics. 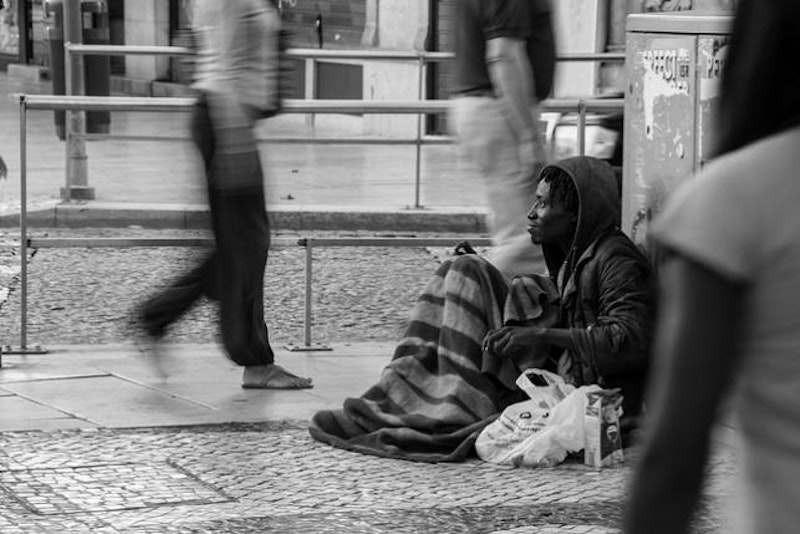 Three British professors recently claimed that statistics "serve white racial interests" because "numbers are neither objective nor color-blind." In the abstract of their paper—QuantCrit: education, policy, ‘Big Data’ and principles for a critical race theory of statistics—David Gillborn, Paul Warmington, and Sean Demack outline their tenets for using the QuantCrit method with the ultimate aim of “disrupting racism in research.” Let’s take a look at those tenets.

Few things are, at either the macro or micro level. Every quantity has one or more qualitative aspects. If research relies too much on one side to the detriment of the other, conclusions will vary widely and consensus won’t be reached. Pointing out the factual error in the data, or the logical error in the data’s interpretation, or both, is the key to good analytical practice. If the methodology is correctly observed, there’s nothing to complain about. Instead, we should complain about the lack in frequency and volume of studies.

Race is not monolithic. Could we please dispense with this linguistic sophistry? It’s like saying a black mobster serves black interests. Hogwash. Numbers are formally defined mathematical objects. Are we now going to question the objective existence of numbers? It would appear so. Gillborn and his team argue in post-modernist fashion that racism can be reinforced through numbers because they’re social constructs. “Numbers are social constructs and likely to embody the dominant (racist) assumptions that shape contemporary society.” They assert, “In many cases, numbers speak for White racial interests.”

Can numbers be racist? Of course not, but, having said that, any act of counting or measuring carried out by a human being can be erroneous or indeed biased. Numbers can speak with meaning only when placed in context. We can’t interrogate numbers for promoting or not promoting political agendas; only humans can do that. We can investigate the soundness of the data, or question the data’s interpretations and the interests, assumptions and conclusions of the interpreters. Numbers are not social constructs, but their manipulation can be socially constructed.

“The recognition that voice and insight are vital: data cannot ‘speak for itself’ and critical analyses should be informed by the experiential knowledge of marginalized groups”

There are two kinds of truth: reasoning and fact. The former is necessary and its opposite is impossible. Truths of fact are contingent and their opposites are always possible. Mistakes (willful or not) may be made in data gathering and data processing. The idea that the data can “speak for itself” is antiquated and was merely a metaphor even when it was in circulation. The data’s interpreter does the speaking. The gathering of experiential knowledge is welcome, but should be treated carefully and critically because too often perception warps reality and can be informed solely by localised codes of meaning.

Statistics are useless without context. Instead of claiming that “math serves white interests” or propagating dumb slogans like “statistics are racist,” the critic could claim that the numbers aren’t contextualized. And this goes both ways. For instance, this article in Quartz Media compares the number of lynchings against blacks in 2015 compared to the Jim Crow era—and concludes that things have gotten worse. “On an average, 39 black people were lynched per year under Jim Crow. In 1892, the worst year, 161 black Americans were lynched. More than a century later, the numbers have hardly improved. In 2015, 258 black people were killed by US police, representing over 26% of deaths.” However, this comparative analysis fails to take account of population growth.

Estimates from 2015 put blacks at around 13.2 percent of the total population, around 40.7 million. And between 1960 and 1970, that percentage ranged from 10.5 to 11.1. US population in 2015 was recorded at over 320 million. US population in 1965 was recorded at over 194 million. Notwithstanding the facts that lynching and being shot by the police are qualitatively different acts, and indeed many of today’s police officers are black, population growth is a massive factor to omit from the analysis. When we look at it in context, the situation, while still tragic, isn’t nearly as bleak. We should be suspicious of narratives that paint rosy pictures. But we should also be circumspect about narratives that paint hellscapes.

If you’re going to survey groups in the South, for instance, their perception will likely be that immigrants, liberals, and communists are oppressing them in one way or another. As a second example, someone identifying as part of an oppressed minority might hold the view that the existing socio-economic and political hierarchy places them beneath members of a dominant demographic, even if their net value and comfort levels are far above half the country’s population. We often see comments on social media from minorities who blame whites if they happen to be poor. It’s their fault, they claim. They failed to make use of their “white privilege.” Similarly, if a member of their minority group manages to accrue wealth and fame, they must have done it strictly through merit or by “selling-out.”

While people have the right to their opinions (often ignorant), they don’t have the right to make up their own facts. This goes for everyone across the political spectrum. Complaints like “data is often used to shut down, silence, and belittle equity work” are weak. Again, it’s about data contextualization. We often hear about social justice and its supposed “opportunities,” but rarely do we hear anything concrete on economic justice and its real outcomes. Conservatives and liberals often invoke the term meritocracy—which is a myth if we look at empirical data. Does it support their claim? No. So why don’t researchers who claim to be fighting prejudice and privilege say anything about, for instance, economic rent?

Why aren’t they advocating land-value taxation? When attacked by supporters of faux meritocracy, why don’t they retort by supporting a 100 percent estate tax? That’s a truly meritocratic and economically efficient policy that could make a tangible impact on economic inequality. In personal correspondence, Thomas Jefferson said: "The inheritance of land is an abomination against both God and Reason." Ignoring for a moment the yawning chasm between Jefferson's ideas and his deeds, one cannot argue with the truth of his statement.

Statisticians don’t normally have a background in history, anthropology, archaeology, or political economy. They simply do their job to, one hopes, the best of their ability. So instead of attacking the numbers, efforts should be directed at ensuring thorough interpretations of the numbers within historical context, invoking the (uncomfortable) past, contrasting it to the present, and estimating possible futures, depending on the various choices society can embrace in the here and now. The postmodernist tradition’s track record in victories for economic justice is thin, although we might suspect that it has been “socially constructed” to look better than it is. In fact, adepts of this tradition have presided over the critical side of political and intellectual life (or what passes for it) in a period when the gap between rich and poor is at its widest since the Gilded Age. So I’m not holding my breath.