It hurts to be misunderstood. 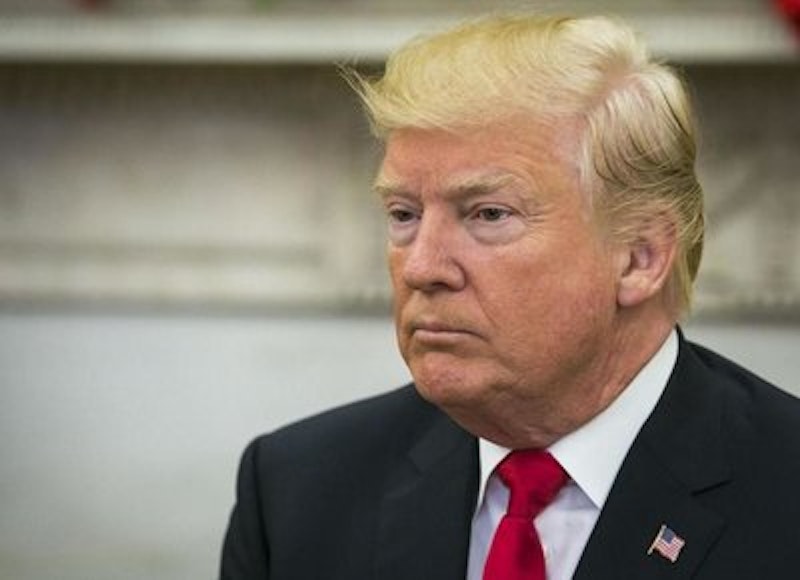 There are many good bits in Michael Wolff’s Fire and Fury: Inside the Trump White House. Most of those bits were swept up by the first round of articles about the best-seller. But here’s a little-known gem. Wolff spoke to some unnamed people who said they saw Donald Trump thinking. They said it happened on Air Force One, soon after a White House event where he told reporters that he was against racists. Flying home to New York, Trump felt haunted by the topic. From Wolff’s book: “Privately, he kept trying to rationalize why someone would be a member of the KKK—that is, they might not actually believe what the KKK believed, and the KKK probably does not believe what it used to believe, and, anyway, who really knows what the KKK believes now? In fact, he said, his own father was accused of being involved with the KKK—not true. (In fact, yes, true.)”

This was in the days after the Charlottesville protests. Trump was unhappy about backtracking from his disastrous comment about the protests there (“hatred, bigotry and violence on many sides—on many sides”). Having backtracked to denounce the bigots, as opposed to simple human cussedness, he dwelt on why he’d been right the first time. That is, he did this if the Wolff book is correct. The claim is sourced to no one in particular, but a Trump monologue on Air Force One does seem the sort of thing that a few people might overhear and mention. With that stipulated, what do we learn? Not that Trump will lie; we knew as much. Nor that he hates talking against white supremacists; we knew that too.

What I get is that he’s soft on the racists, as opposed to being with them. He doesn’t say that KKK members believe the right things; he says there’s no telling what KKK members believe. That way he can see the Charlottesville protests as a lot of milling about, not as a danger sign for America. For us, racists took to the streets and found themselves faced with non-racists, one of whom was killed. For Trump, there was a lot of pushing and shoving, and go figure, who knows what it was about. Of course, only a bigot would be willing to squint that hard. But a committed racist wouldn’t bother.

Trump is a casual bigot who’s a hero to racists. “Casual” does a lot of work in that sentence, and the work is described above. Trump’s thoughts keep themselves from forming up. His feeling is clear: KKK members, they’re all right. But the thoughts to go with that feeling are a soup. Trump has another feeling that’s clear: blacks, bad stuff, with the “shithole comment” coming to mind. But I expect he has few thoughts regarding blacks. Ask him and he’d give you “everyone knows” material, remarks about welfare and being lazy. Left to himself, he would’ve had these concerns mid-ranked on his personal list of the world’s ills. But he wanted to be president and the racists helped get him there. As a result he has to do some talking to himself, and Wolff captured him at it.

Imagine if the “shithole” comment had appeared in Wolff’s book. Sharp people would’ve looked hard at the sourcing. Instead we have U.S. senators reporting by name on what the man said. The surprise is that six months in the White House didn’t put Wolff someplace near a race-baiting Trump quote, a piece of dynamite like “shithole.” Instead we have this moment of spiritual freakishness, the sight of the President trying to ruminate away the moral downside of Klanhood.

My impression, as a white American, is that what Trump does here is an extreme version of what black-fearing Americans tend to do. The emphasis isn’t on hating the blacks, it’s on writing off whatever is done to them. When the police and other pillars of society are involved, black-fearing Americans readily perform this mental maneuver. Trump, as we’ve seen, will do it for the KKK. That makes him extreme, but it’s his own brand of extremism, not the same sort that produces a Klan member. Trump isn’t a fanatic, he’s a slob, and a slob doesn’t get worked up about an idea. He just takes a bad habit and goes to hell.