Cares of a newspaper family man. 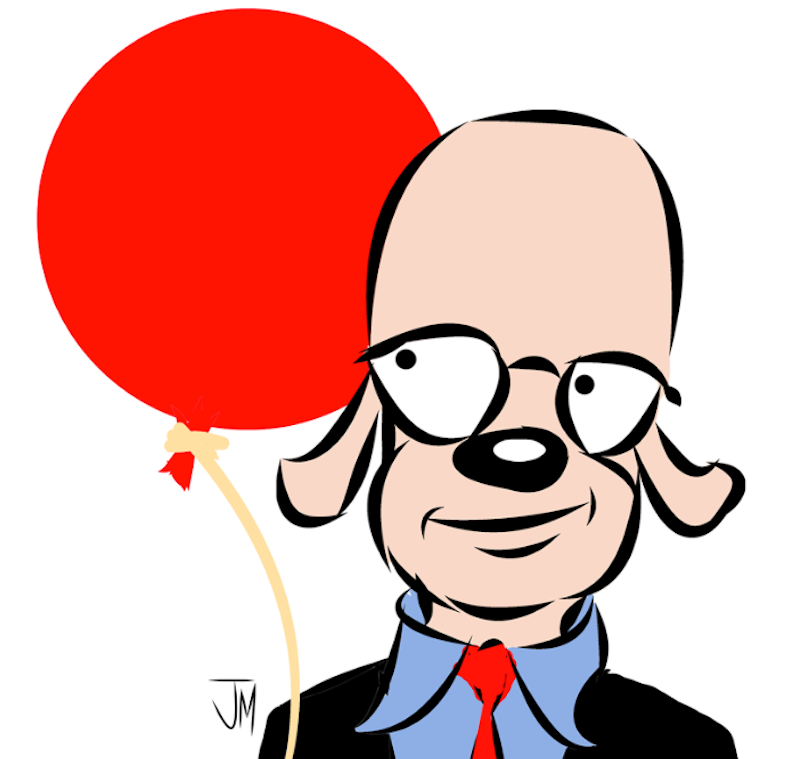 They catcall him Pooch, Paunch, Pitch ‘N Putt, but all A.G wants is you to call him Sully.

Yeah, him. Arthur Gregg Sulzberger, the newish publisher of The New York Times bucks a stiff patrimonial headwind. His father and grandfather, also Times publishers, were Dink Stoverishly-nicknamed Punch and Pinch, back when such cutesy-pootsy patrician-isms could pass, at least in spaces safe for crudités, watercress sandwiches, and simply marvelous chow-chow.

Like Sully Sulzberger doesn’t have enough on his plate, huh?

Oh, the numbers look good right now. There’s no disputing Trump is a free lunch for the Times. You just can’t buy that kind of Boo-Bait for the Bubba-Haters. But when Trump goes very, very kaflooey, there goes the meal ticket.

I mean, what’s Sully gonna do?

Under more acceptable administrations, the Times developed an unfortunate advertising disorder, such that the paper grew ever more lighter than air. Uh-huh. Killed the price of helium. Vendors in the park took to stuffing their balloons with shredded Times Book Review sections. It got so bad the Sunday edition came a wristband and a string to keep the paper from floating away on your way home.

So while Trump’s removal from office might signal the end of a national nightmare, its prospect must keep young Sulzberger awake nights as contingency plans dance in his head.

OTOH, I’m guessing not just Sully might call it the chance of a lifetime. Is the Times not a brand to die for, or at very least a long lever on the future? Could be a university. Could be a yogurt. Could be a movie studio or a couples’ only resort. Maybe a line of eyeglass frames by turns rogue-indie and wonk-steady, with an urban flair kept down-to-earth by a country weekender patina.

Seriously, I’m not without sympathy for Sulzberger.

His predicament reminds me of a charming old French movie about a boy and his pet ballon rouge. Forgive me cineastes, when I summarize that Albert Lamorisse shot The Red Balloon as a Gallic riff on “Mary Had a Little Lamb.” The short film follows the just-so playmates’ lyrical game of cat and mouse about the streets of Paris. As Pepé Le Pew always said, “Nice work if you can get it, eh mes amies?”

So like, I see The New York Times as Sully’s red balloon. It’s penny-bright, infused with a certain je ne sais quoi, and inflated by an incredible lightness of being.

That New York Times is sadly not the heavy-hitting gut-buster of a Sunday paper I recall in the early-1960s. Boy do I miss those goofy ads for 10-foot surplus weather balloons on the old sports section back pages. Weird, huh? Kind of an early portent, come to think.

Never mind again. Because The Red Balloon was made in 1956, before happy endings were added to the Geneva Conventions as a crime against humanity. And besides, French happy endings are so nuanced, they remain the bittersweet exception that proves the rule.

C'est la guerre. Because of this connexion française, regardless of the Times’ rise and fall, I trust all will be good with Sully Sulzberger.

You know, just so long as they stop calling him “Pitch ‘N Putt.”