The Presidential election may be in eight days, but it's far from over. 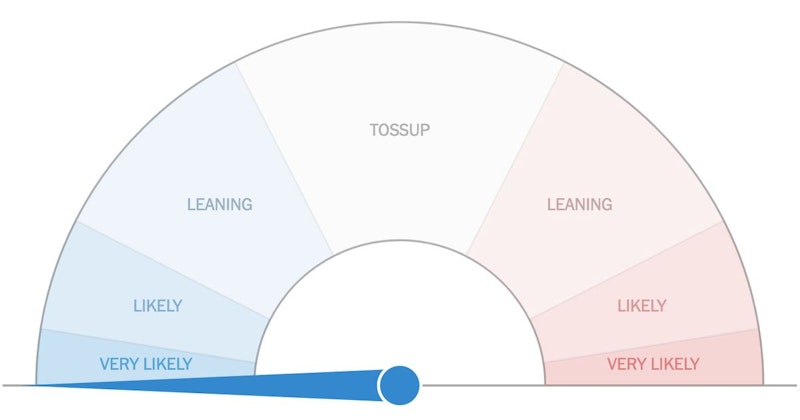 It’s over. You might as well announce the election winner now. Everyone knows Joe Biden’s in; he’ll be president for six months, maybe a year. Then he’ll say he doesn’t feel well and resign, and America will have its first African-American female President; which was the deal they cut back in August, hence the “Harris-Biden” gaffe they both made at different campaign events. There is an election button salesman sitting in front of Fairway on 74th St. and Broadway. I asked him if he had any “Harris-Biden” buttons, you know, the real ones. He didn’t crack smile.

But why does it feel wrong and too easy? Maybe because everyone likes Biden but no one admits they like Trump. Maybe because we all know our favorite movie stars, celebrities or personalities, can’t abide Trump. Or perhaps because the crowds at the Biden events number about 30 people.

Maybe it’s something else. Those polls, conducted mostly by phone, produce numbers that don’t match with up with the comments of neighbors, family and friends. Are the polls incorrect or do we know the wrong people? My wife is from Michigan; three generations in the auto industry. She says that people there don’t answer the phone if they don’t recognize the number on caller ID because they don’t want to get into some verbal altercation with a 23-year-old pollster or fundraiser recently released into the world by the University of Illinois who’s never worked a 10-hour shift on a plant floor. They don’t want to be called “racist,” “sexist” or “uninformed.” They are very well informed by the way; Kenosha Wisconsin is a short drive away. So they don’t participate in polls but do attend rallies, and the Trump audiences are huge, although that’s not a precise way to calculate election odds.

Midwesterners are quiet. They take their kids to school, go to their jobs, look forward to the weekend and pretty much stay to themselves. They bitterly resent the phrases “Rust Belt” and “Flyover Country” but they don’t demonstrate, don’t protest, they just wait—for Election Day. That’s why Wisconsin, Michigan and Pennsylvania surprised the media four years ago. You may or may not like film director Michael Moore but he saw it coming. This could very easily happen again. You go to Maureen’s Hair Boutique and they’ll tell you Biden’s a nice guy but the other one—no way! You go to the Huron Diner on Sunday for breakfast and you get an earful about higher taxes, defunding the police, the “Apology Tour,” America as the world’s sucker, etc. And don’t even think about invading the premises of Bob’s Bar and Grille with an opinion about the great things that are just around the corner during a new Biden, Harris, Pelosi administration. You’ll wind up on the corner. So those polls are just that, polls. Questions put to strangers by other strangers on the telephone and analyzed by people who live far, far away. Not something most folks would bet on. Feeling lucky?