The platform's censorship of the New York Post's Hunter Biden story is shameful and dangerous. 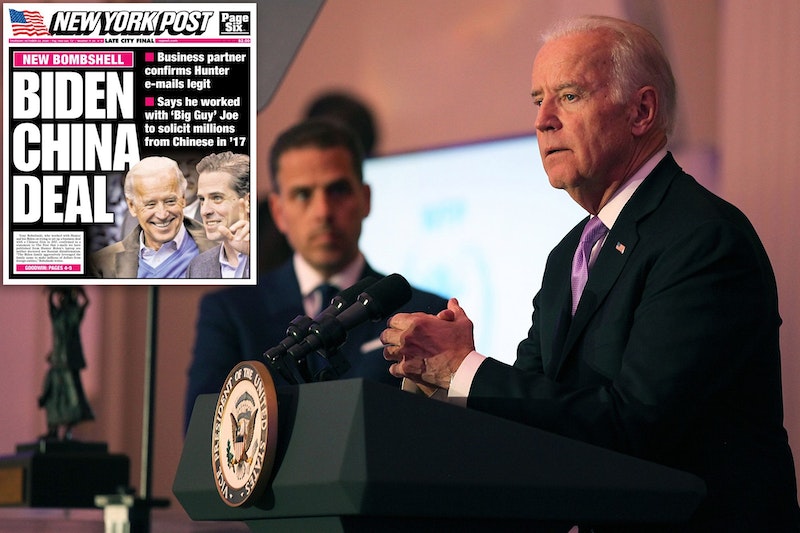 The New York Post languishes in Twitter jail, with the social network demanding the paper delete six tweets about its Hunter Biden reporting before it can use the service again. Meanwhile, the service has blocked users from viewing the Tweets on the Post’s timeline. If the Post wants its Twitter feed back, it has to repudiate its own reporting, which is something media organizations shouldn’t do until they’re prepared to admit error and to offer corrections and apologies.

The Post isn’t there yet and may never be. This is how corrections work in the old media world—the owners and editorial staff decide, based on a sense of fair play and a commitment to protect the integrity of the institution when retractions and corrections are warranted. The day a correction runs on your story should be one of the worst for the writers and editors involved. Depending on severity, procedural lapses or evidence of bad intention, a correction can be job or career-ending. The truth is serious and it’s not for a newspaper or magazine to let Twitter or Facebook be its arbiter.

Well, you say, “Don’t promote your stories on their platforms if you don’t want to subject yourselves to their judgment.” Fair enough. Though it was the media (especially in the case of Twitter) that made these platforms in the first place, first by promoting them in their own publications and more helpfully by filling them with the content that attracted such large and fervent user communities. Twitter’s not so fun or useful without stories and commentaries to share and argue over. Take out the media content and you’ve ceded the platform to celebrities and corporate interests, which means the public relations industry will dominate the discussion with self serving and anodyne posts.

The objection to the Post’s Hunter Biden story is that it looks like the paper fell for a foreign intelligence operation. Maybe it has. I have my suspicions that laptops full of incriminating emails and crack-fueled sex tapes don’t wind up in Delaware repair shops with the bill left unpaid. We know that Rudy Giuliani spent the last two years wandering eastern Europe looking for dirt on Biden, so he might as well have been wearing a t-shirt advertising himself as an intelligence asset.

But Twitter doesn’t need to protect its users from the Post’s take on Hunter Biden. The story’s flaws are apparent. If your response to that is “I can see through it but I’m worried about a relative who’s going to spend all of Thanksgiving yammering about this,” consider that we’re not having Thanksgiving this year because of the pandemic, so you’ll be spared. Also, have more faith in others. If you can read critically, so can they. “But they won’t,” you say. Fine, let’s take the dimmest and smuggest view. Twitter can’t save people who don’t critically read and is more likely than the old media to be used to manipulate them.

The media, broadly defined, is continuously targeted by U.S. intelligence and law enforcement at all levels. Notably, The New York Times was wrong, with great consequence, in its reporting leading up to the Iraq War. But the media, at least at the editorial level, generally has an adversarial relationship with authority. People get into the business to become Bob Woodward or Sy Hersh, not Ari Fleischer.

Twitter and Facebook are dream assets for U.S. intelligence. Imagine how happy the spooks would’ve been had Twitter had policies restricting the dissemination of hacked documents back in 2013, when Wikileaks blew the lid off of domestic surveillance programs that were so unpopular they had to be curtailed.

Twitter, Facebook and Google all routinely collaborate with foreign dictatorships including Saudi Arabia and China to restrict access to information and curtail speech. They’d readily do this in the U.S. were they convinced by authorities that safety, security or revenue were at risk. Were such issues raised with real media organizations, even The New York Post, I’d bet on serious resistance. But the people at Twitter? They’d roll right over because they have no ethos and don’t really care.