If Trump wins, confused progressives will blame two demographic groups above all. 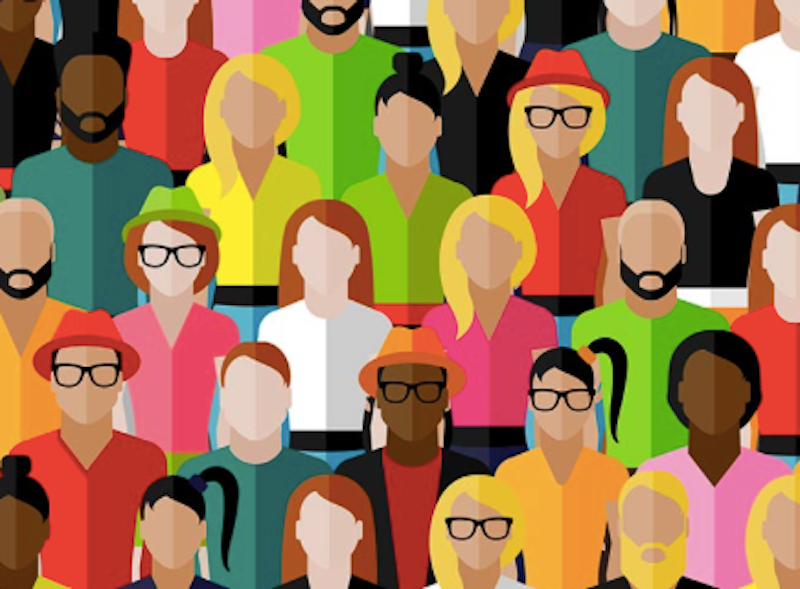 If Joe Biden wins, Democrats and fellow travelers will not necessarily experience a joyous moment of transcendence (after all, it's Biden); rather, they’ll exhale in relief. If he loses, though, they'll be looking for someone to blame. It might appear unfortunate, considering their newly-passionate anti-racism, but they're liable to blame black men. And it might appear unfortunate, considering their newly-passionate feminism, but they'll blame white women. Amazingly, this will sort of let rural white guys such as myself, Trump's very owned demographic, off the hook. We definitely appreciate y'all turning on one another like this.

A typical, if extremely pointed, expression of prospective blame is given by Brittney Cooper, a professor of women's and African-American studies at Rutgers. Tweeting at black men, she went with, "Apparently y'all want to be to 2020 what white women were to 2016." Now, perhaps black men/white women is a new intersectional voting bloc, a new demographic that we should poll as one (really, it's no less coherent than the categories we do poll). But I argue that identity-oriented progressives such as Cooper have collaborated with identity-oriented reactionaries like Steve Bannon to put black men and white women in a contradictory situation.

Trump's support among non-white men seems to be running at about 25 percent, while his support among white women hovers anywhere from 45-60 percent depending on where you're counting. Notoriously, Trump won a narrow majority of white women in 2016, which for a number of commentators was sufficient to explain the outcome. White women who don't vote right make progressives mad, in part because the phenomenon compromises progressives' claim to be speaking for "women and minorities." Ice Cube and Amy Coney Barrett, among many others, are currently getting race and gender-policed.

Political positions have merged with demographic groups, even more in political analysis or "science" than in reality. It's obvious to everyone that your racial and gender identity ought to fix your political positions from the cradle to the grave. Various tactics are used to discipline people whose politics don't seem to match their skin tone or gonadal configuration, or whose every belief isn't directly determined by them: traitors to their race and gender. This is intended to have the effect of making the groups involved evermore politically homogenous, until no one believes anything that everyone in their group doesn't believe. That will make political science easier, or it would, if it were not obviously and entirely impossible.

Let me briefly air an argument that I tried to push relentlessly in 2016: apparently empirical data about demographics and elections is ordered by a system of categories (white/people of color, men/women, urban/rural, college-educated/non, etc.) each of which sort of makes sense in itself. But when combined, they order populations in ways that are merely incomprehensible.

Let's sort the room. All the white people and men, please go stand in that corner over there; all the people of color and women, in this corner over here. That is just exactly the way pollsters, political scientists, and politicians proceed, and it's also supposed to underpin basic Democratic strategies for winning elections. But you might notice something about this room: all the white men are in one corner, and all the women of color in another, but the white women and the black men are milling confusedly around in the middle. You haven't given them clear instructions, or rather, your instructions split each white woman and each black man in half, telling the halves to go in different directions. Some settle in this corner, some in that. Some keep going back and forth, trying to figure out what you've told them to do. You'd be right to note their division and confusion, but then again you did everything you possibly could to induce it.

I'm going to have to pull rank here, which as a philosophy professor, I rarely get to do. What I've just said is in the strictest logical sense a reductio ad absurdum of this sort of identity politics, and the analysis of politics in simplistic demographic terms. It entails contradictions, which proves that it is false. So when you hear a pollster, an Atlantic staff writer, or a Harvard professor, folding people of color and women into a coalition, or for that matter white people and men, just understand that they’re talking nonsense. And if Trump wins the election you'll really need to pause a second before you blame black men, as easy, here in America, as that is.