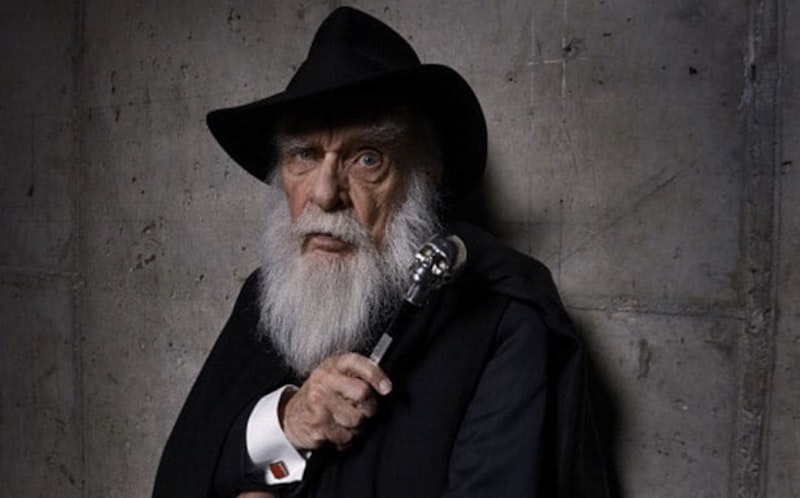 Professional skeptic James Randi, perhaps my biggest intellectual influence, passed away this month at 92. He used his skills as a magician not just to expose frauds, including the numerous people who claim to have psychic or other paranormal powers, but to teach the gullible (meaning all of us) to stop falling for frauds so easily.

The key to making his style of skepticism—rooted in the scientific worldview, with its emphasis on solid evidence over emotion and wishful thinking—part of your everyday thinking is not so much learning a checklist of specific sleight-of-hand moves or false herbal remedies but always striving not to dupe yourself or leap to conclusions.

Some people want to be faultlessly intellectually honest, following the evidence even when it leads to unwelcome conclusions or great uncertainty. I’ll feel a kinship to them even if they end up disagreeing with me about nearly every specific issue, so long as we’re all striving to limit our claims about the world to testable ones for which we have strong evidence.

By contrast, most people pride themselves on maintaining their faith, hopes, positive (or negative) outlook, team spirit, or commitment to the current project even in the face of counter-evidence. Those people will tend to be dangerous, unreliable charlatans at heart—and they may make up the vast majority of the general population, one of those unpleasant scenarios we have no right to dismiss just because we prefer optimism to evidence.

I’ve been a skeptic long enough now (nearly four decades, since high school) to know that even skeptics can fall into certain lazy mental patterns, so these days I’m happy to point to a few issues on which skeptics disagree. It may be more important for them to wrestle with those topics than to beat up on a few more hapless palm-readers.

Randi, for example, probably frustrated some skeptics by technically being more an agnostic than an atheist (though neither of those terms is a perfect summary of the real skeptical position on anything, which is basically: get back to me when there’s more hard evidence, and I’ll revise my position as need be). His admirably consistent position was that in at least some formulations, beliefs about God involve no empirical claims at all, at least no testable empirical claims, and so are simply not discussable the way lab tests are.

That may or may not be the right way to look at it, but at least that position probably spared him many pointless, largely circular arguments with true believers.

On the other hand, some religious beliefs do lend themselves to empirical tests, such as claims about “exorcisms” involving levitation or other occurrences that if true would defy or at least revise what we know about physics and biology, but I find that all the carefully-documented exorcism cases I hear about, like ones described in a new book by my believer acquaintance Billy Hallowell, in one way or another skirt or downplay the fundamental skeptical question, “Wouldn’t the small subset of these events that is solidly documented be just as easily explained by the existence of crazy people or con artists who foam at the mouth while ranting about Hell? Why assume something more complicated is happening?”

Randi also grew skeptical of the more dire climate change warnings several years ago, and some of the other members of the self-proclaimed skeptics movement went berserk in response. They tend to lean left—largely, I think, because so many define themselves by their opposition to religion, and many religious literalists lean right. But skeptics are better than most people at admitting when an issue’s too complicated to be settled in a sentence or two, and they know political affiliation alone can’t settle arcane questions of atmospheric dynamics, while science in the narrow laboratory sense can’t tell you how big an economic cost is worth enduring to cool the atmosphere (or slow the spread of a virus). So, whether skeptics end up fearful or optimistic about climate change, they will at least tend to agree the facts are independent of our political longings.

In similar fashion, there’s some division among skeptics, which I suspect is growing lately, about whether UFOs are a worthwhile subject of inquiry. By contrast, the split between skeptics and believers (for lack of more nuanced labels) on that topic was a vast canyon back in the 1980s when I was first learning about the skeptics movement.

Skeptics, including me, tended in our youth to assume the UFO buffs were idiots, and we planned to stick to that assumption until such time as labs across the world announced they had thoroughly examined pieces from crashed saucers, including obviously-alien pilots. The believers were going through a major yahoo phase in the 80s and often made the grievous tactical mistake of claiming, influenced by the New Age mysticism of the time, that hard evidence doesn’t matter and that we should feel free to imagine whatever ethereal visitors, voices, orbs, or spirits we like—and then go right ahead and believe in them.

Very recently, thanks to pieces in mainstream publications such as The New York Times, we’ve at least learned that the government really does still take an interest in the topic and sometimes lie about doing so—as it does about everything else. That may not mean there’s any extraterrestrial life, but it’s reason to applaud the efforts of people making a sincere, rational effort to learn more about the issue. Likewise, if Dave Paulides, who I mentioned in last week’s column, wants to keep asking questions about odd disappearances in national parks, let him. We might learn something important, and he’s gotten better about avoiding drawing any final conclusions about a single cause for such events. Keep acquiring data.

I think that just in the past decade or so—possibly because of overly-derided social media—more people have grown comfortable with admitting there’s a vast gray area in between the cartoonishly dismissive skeptics and the irrationally committed believers on many topics. Continuous dialogue and give-and-take on those topics may be healthier than staking out partisan positions.

By that measure, perhaps inevitably, politics remains stupider than even Bigfoot or UFO arguments. Despite the pretenses of the more arrogant political scientists and economists, politics, like the decision about who to vote for next week or whether to vote at all, relies upon a host of complicated intuitive judgments, some buttressed by hard facts but some based on very shaky projections about the future or very sketchy understandings of the nature of humanity. (How easy is it to maintain a conspiracy, for instance? If you say it’s flat-out impossible, you don’t know history as well as you might think.)

Hard as it may be for some in the skeptics movement to believe, I’m sure there will be skeptics in good standing who vote Republican, Democrat, and otherwise next week. All of them—and the rest of you—will end up with some ungainly policy package deal afterwards that will almost certainly not match their political hearts’ desires.

One big question on skeptics’ minds may be whether Trump (who had a minor personality clash with magician, arch skeptic, and Randi acolyte Penn Jillette several TV seasons ago, as it happens) is more like an evil fake magician, constantly claiming to possess miraculous powers that don’t exist and would be harmful if they did, or like a debunker of the irrational reverence that clung to government and politics before he came along—before he arrived to render it all ridiculous and insult its traditional practitioners, the real flim-flam artists.

I’m sure some people I know will vote for Trump and some against him, but as with specific empirical claims about the natural world, I’ll gauge my kinship to them less by where they come down than by the rational process that got them there. If, say, they vote for Trump, do they like him because they see him as an authoritarian influence or an anarchist one, a corrosively sadistic and skilled liar or a relatively harmless showman surrounded by real criminals?

I’ll say this much for him: If he goes away, I hope we don’t fall back into the old, comforting, non-skeptical habit of thinking the political and media establishments deserve to be taken seriously, have our best interests at heart, and know what they’re doing, like a loving God.