The Police Are Not Brave 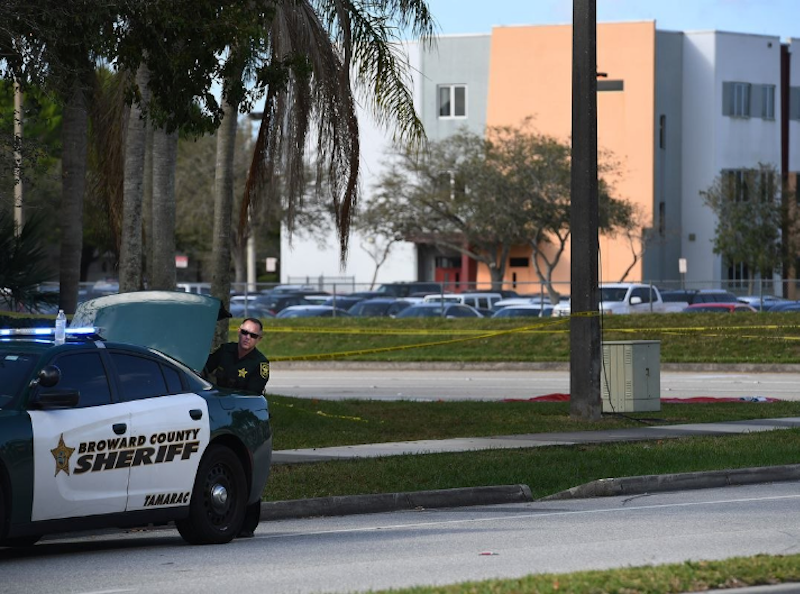 It was disturbing to hear that while the Parkland, Florida high school shooting was underway, the Broward County Sheriff Department had an officer stationed at the school who took no action. Then, on February 24, CNN reported that three other Broward County Sheriff's deputies were also on scene and did nothing more than draw their pistols and stand behind their vehicles. They were waiting for the shooter to finish his business inside, and preparing for his attack on them when he emerged. He slipped right by them.

Controversy surrounded Scott Peterson, the armed “school resource officer” assigned to Marjory Stoneman Douglas High School on that day, when it came out that he hadn’t done his job. The criticism resembled the usual ideological strict people vs. empathetic people routine, with conservatives condemning his cowardice and liberals making excuses for him. One thing's for certain—it's not realistic to expect someone who's had no combat training to enter a building, armed with only a handgun, facing a maniac wielding an AR-15, which is designed to kill people. There's a lesson to be learned that could save lives.

As for the three who stood in a defensive posture behind their patrol cars, you can question their courage and sense of duty. It's likely that they knew by the sound of the weapon firing inside that they'd be up against an AR-15, but there were a total of four of them, and they knew exactly what was happening. They'll have to live with that for the rest of their lives, which they probably should spend in another line of work.

Much is made, mostly from conservatives, about the bravery of cops. We're told that we criticize them too much, but rely on their courage when we're in trouble. I'd have to wonder what percentage of the general public ever benefits from the courage of cops even once. Normally, they come on the scene after the violence has concluded, to gather evidence.

What constitutes courage? Bill Maher once infamously called the 9/11 perpetrators on the commercial airliner brave, for which he lost his job on network television. Maher was wrong, however, because the jihadists were religious people who believed they'd be rewarded for their strike against the infidels when they arrived in heaven. There's no way to construe that as an act of courage.

Bank robbers are brave. Imagine the courage it takes to walk into a cash-laden building with systems in place to thwart your type and a massive law enforcement infrastructure ready to come after you. Compare bank robbers to cops who sometimes show up as a SWAT team with overwhelming force against a single individual, who may be wanted on a marijuana charge. There's nothing sporting about that.

Onetime Wall Streeter Kevin Blum is brave. In 1993, a disturbed man with a .9-mm Ruger equipped with a 15-round clip started shooting up a car on the Long Island railway. The former Lehman Brothers employee initially resigned himself to death, but had a sudden epiphany that caused him to charge at the gunman using only his briefcase as a shield. He subdued the killer by himself. Six people died in that incident, but it could’ve been much worse.

Military people who rush towards gunfire or risk their lives to retrieve fallen fellow soldiers are brave, as are firemen like the kind who rushed up the stairs of the World Trade Center. Perhaps that's because of their training, but cops aren't trained to be brave. They're trained to minimize the risk to their life at all costs, no matter who dies as a result. That means that if a man armed with a knife makes threatening gestures after they’ve warned him, they can all empty their weapons into him simultaneously and know they won't be punished. In fact, one trained cop with a nightstick could easily take down someone armed with a knife, allowing him to get mental health treatment and perhaps join society again. That would require an expectation of some measure of courage, however, and it doesn't exist.

Loggers are braver than cops. Roofers have more courage too, as do iron and steel workers. They don't have an infrastructure behind them that protects them, even after they've killed a person or a dog unnecessarily.

That four law enforcement officers allowed high schoolers to be mowed down because their personal safety came first doesn't support the idea that people don't need guns because the police will keep them safe. This point is lost on those who blame only the NRA for school shootings. That the police are brave is a myth.