He Said He Was a Bigot

And we took him in. 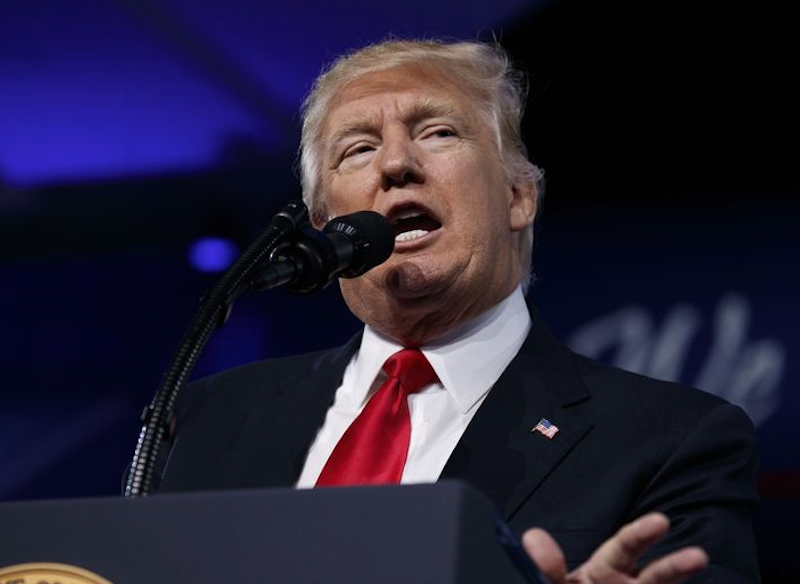 Tim Alberta wants to know what’s wrong. Grover Norquist hitches up his jacket and sighs. He tilts his head back. He looks at the late evening sky and the pale, scudding clouds. “This is a fun place to do all the radio shows and run into people in the halls, and for half of the people here who are college-age to see real-life congressmen, senators, presidents,” Norquist intones, and the weathered activist shakes his head. “They can see stars and see famous conservatives they see on TV,” he continues ruefully. “That’s what this is. Nobody is thinking through the modern conservative agenda at this conference.” His cigarette arcs into the night, brief and orange, eaten by darkness.

That’s how I imagine the exchange, though one reads that it took place on a Saturday morning. There may be other points of difference with the record, but the quote’s genuine. The calendar’s real too, so Norquist despaired exactly two days after this year’s CPAC heard a keynote address delivered by entertainer Donald Trump. The TV star filled the same slot last year. On the other hand, this year Trump recited a poem. Attendees in 2018 heard little about deficits projected to increase by $7 trillion, the sort of figure that was so scary when the Democrats were writing budgets. They heard little about Paul Ryan and Mitch McConnell, the two conservatives now in charge (more or less) of the nation’s lawmaking. They did hear 277 words in celebration of racism. That’s when Trump marched through the lyrics of his campaign stand-by “The Snake.”

A woman helps a frozen snake recover, and then the snake bites her because that’s what snakes do. The number started out as a soul tune, one about the foolishness of trusting a lousy person. “We always took it like, if you lay down with dogs, don’t expect not to wake up with fleas,” says Maggie Brown; she’s a daughter of the man who wrote the song, deceased singer and activist Oscar Brown Jr. (“He wrote the lyrics for drummer Max Roach’s 1960 album ‘We Insist! Freedom Now Suite,’ one of the first jazz records to deal heavily with the growing civil rights movement,” The Washington Post tells us.)

Brown’s family is unhappy because Trump uses the song to talk up racism. When the song is applied to the idea of someone with a defective personality, it’s a sour but still accurate view of character and life. Slot in a demographic group and “The Snake” becomes a rationale for bigotry: “‘Oh shut up, silly woman,’ said the reptile with a grin./‘You knew damn well I was a snake before you took me in.’” Trump came to power reciting the poem, and he did it to make clear his views about immigrants, with an emphasis on Muslim immigrants. Trump said so when he campaigned, and he says it now. Steve Schmidt, once a Republican macher, now a refugee on the Maddow Channel, tweeted, “Trumps snake story is vicious, disgraceful, utterly racist and profoundly Un-American. That this is how an American President speaks of immigration is a tragedy. This crowd of cheering extremists are the heirs of the Know-Nothing’s and nativists that have always plagued us.” He’s right.

People have made the point that “The Snake,” when about a person, is about somebody like Trump, a good-for-nothing who lies, takes, and destroys, and who’s now deep in the folds of a dim-witted political movement. True, but chiefly Trump’s version of the song is racist. He’s a bigot and he’s saying so, and right-wing crowds cheer him. What Schmidt tweeted a few days ago could’ve been tweeted by thousands of people every time Trump recited the poem. If those tweets got made, nobody took notice. Trump tried in the briefest and baldest way to let everybody know that he’s a bigot, and that didn’t disqualify him. More briefly: he said he was a bigot, and we took him in. That highlights a basic but little regarded fact. Just as “The Snake” is largely about the woman and her dumb trust, the last few years have been largely about the public and its daffy blindness.