The Cognitive Dissonance of the Church of Satan 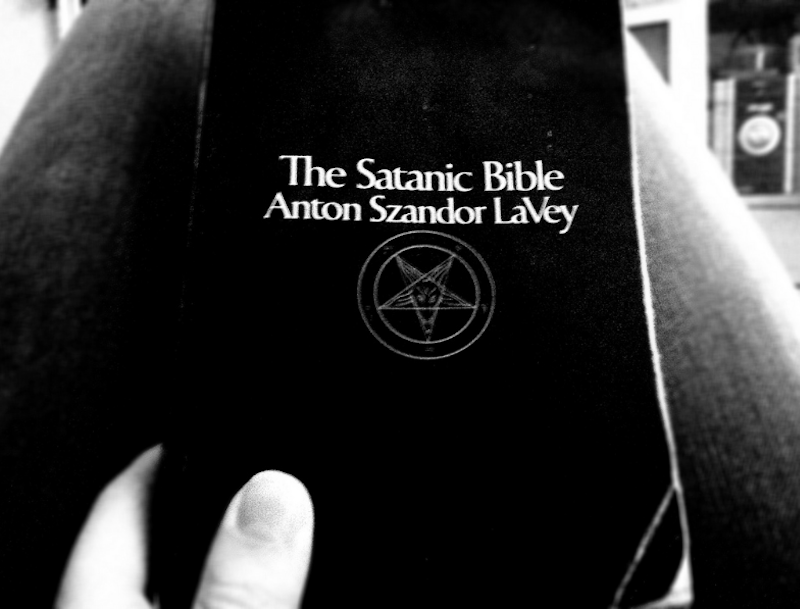 I’m 99 percent certain Church of Satan is muting me on Twitter. I enjoy tweeting insults at them, and since I block rude accounts, I’ve blocked many of their supporters’ attempts to defend them, poorly, I might add, especially when they try to dismiss me as an “idiot” or a “lunatic.” The Church of Satan has clearly had enough of me.

I was raised Catholic and believe in God. It’s time for secular atheists to realize that it’s possible to believe in God and not to be unintelligent or insane. As William Peter Blatty writes in The Exorcist: “There are lunatic asylums all over the world filled with people who dabbled in the occult.”

I have an academic interest in the occult. My understanding of Black Magick can be explained simply: it concerns a psychological force of will whereby you can simply become something or somebody else. If I tried to explain my experiences with the divine (of which I have had many encounters) you’d dismiss it as the ravings of a deluded fool.

Satanism, contrary to what the Church of Satan claims, was not created by Anton Szandor LaVey; it predates him by many centuries. It really began with Christianity, but depictions of an evil force in conflict with a benevolent one first emerged with Zoroastrianism, founded between 600 and 1,000 BCE. This dualist theology gives us Ahara Mazda, or Ormudzd, the good, pitted against Angra Mainyu, or Ahreman, the evil force, putting humanity in between these divine and profane forces in a constant struggle.

As Christianity developed, so began the slow evolution of Satan. By the time Anton Szandor LaVey was enacting a black mass in the late-1960s in an old house in San Francisco (the inception of his form of Satanism), the concept of Lucifer was already well-established in literature, theology, cinema, and history. All LaVey did was brand Satan, for his own self-aggrandising intentions. Rob Harvilla’s recent article for The Ringer, “How the Church of Satan Mastered Twitter,” has this sub-headline: “The Church of Satan is not a physical church and has nothing to do with demons or selling souls. But collectively, its members run one of the only tolerable social media accounts of 2017.”

I’d argue that this is a bold statement, seeing as I know numerous brilliant Twitter accounts (most unverified, unlike The Church of Satan) who totally rocked 2017, and I thoroughly enjoy my social media interactions, possibly far more than LaVey’s mob of wealthy goth libertarians who anonymously run their Twitter account.

Anybody following their genius tweets has been referred to their F.A.Q, which I suffered through today, making the occasional critical note where necessary. I won’t bother to outline the silly rules of their special club, but it’s a hoot to read them through.

The literary theorist Terry Eagleton once wrote of Richard Dawkins: “Imagine somebody whose only knowledge of biology was the Big Book of British Birds, and you have a general sense of Richard Dawkins’ understanding of theology.”

I mention that because the same applies both to LaVey and his close-minded, arrogant club. God, or a lack of God, is a large and contentious subject. The Church of Satan attracts a secular bunch.

I’d like to know why they “playfully” interacted after I got their attention, and then muted me. In an age when Twitter is often the news, I see this as a political act.

My understanding through academic research about the history of Religious Satanism paints a very broken LaVey at the end of his life: filthy, isolated, paranoid. Cognitive dissonance is one of the most painful things imaginable, just like rape and torture. LaVey’s daughter openly supported serial killer Richard Ramirez at his trial, and just for that I’ll never respect this supposed secular religion. Vanity’s very consumptive, so the presumption of so-called verified accounts (the Church of Satan are stylishly following zero accounts) is that because they have more followers, and a constant stream of interactions, they are smarter than me. I dissent.