A lot of that going around. 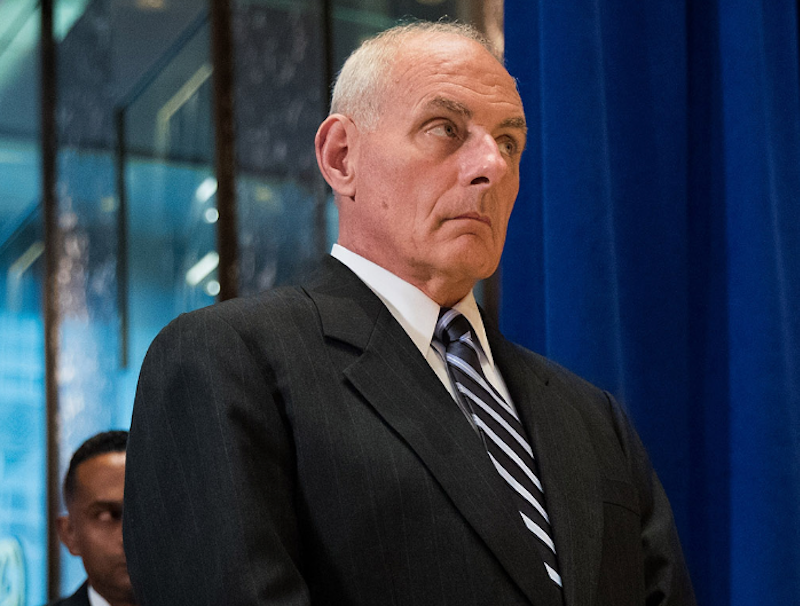 Inhabitants of the West Wing are feeling low. There’s “a sense of betrayal by a chief of staff they no longer trust,” and “an increasing number of subordinates believe that the retired four-star Marine Corps general has misled them.” The issue at hand is that John Kelly lied. He held a meeting where he told staff to fan out and let everyone know he’d settled the hash of John Porter, wife beater, the second the evidence came in. They knew he hadn’t. At the very least, there’d been that first statement Kelly put out (“Rob Porter is a man of true integrity and honor,” etc.). It had gone out just three days before Kelly told the staff his new line.

“Kelly is a big fat liar,” said a White House source, who we’re told “spoke on the condition of anonymity to share a candid opinion.” I’ll add that Kelly is a useless liar. There’s no point to telling a roomful of busy people something that they know isn’t true, and the people in that room had the best seat of anyone for seeing how Kelly handled the crisis. But he trotted out his line, and in private he’s been telling people about his “bullshit detector” and how he’d always had a bad feeling about that Porter. Like his boss, Kelly would appear to live a dream. He’s vain. This butch fellow is supposed to be too hard for self-indulgence. He cares about action and results and that’s all. But no. To put it delicately, he needs to see things a certain way. When he can’t, odd flights take place in his head.

This time his spell concerns out-and-out matters. Did Kelly issue that dumb statement or didn’t he? He pretends he didn’t, and thereby he shames himself in front of his staff. Earlier spells were less apparent to the people who work for Trump. But consider how Kelly hallucinated away the existence of speakerphones. If a congresswoman listened to President Shitty LeMerde make a hash of a condolence call, Kelly figured she must have been eavesdropping. How he puffed up in response! “It stuns me that a member of Congress would have listened in on that conversation,” Kelly said. “Absolutely stuns me.” His only reason for thinking she’d done it was that he wanted to think so. But look how upset he got.