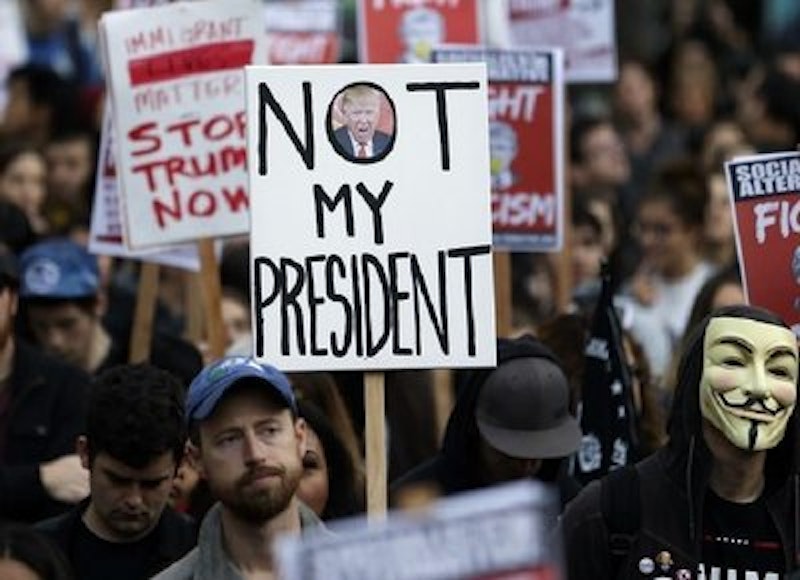 Never Trumpers, the collection of Republicans and conservatives who revile President Trump, have short memories. They bitch about every Trump tweet, write books obsessing on the 45th president, and several times a day declare the end of the world.

The wails of the Trump haters would be more reasonable if they appreciated the dire threat that’s posed by liberalism, and which was full of terrible momentum leading up to the 2016 election. All you have to do it look at what was happening before November 2016 to see that we came close to losing our Republic.

In July 2016 I went to the Heritage Foundation in Washington to hear a talk by journalist Kimberly Strassel. Strassel had just published a book, The Intimidation Game: How the Left is Stifling Free Speech. Strassel’s book describes the 2010 criminal investigations of roughly 30 conservative organizations based in Wisconsin that supported Gov. Scott Walker’s reforms. These groups were targeted by a district attorney who was a Walker opponent. The investigations were conducted under Wisconsin’s “John Doe” law, which allowed them to be done in secret, with gag orders placed on all those being investigated. Subpoenas were sent out and pre-dawn raids were conducted on homes of several of the people being investigated.

Calling the case “the scariest part of the book,” Strassel explained how the “John Doe” probe went on for years before one of the people under investigation, activist Eric O’Keefe, defied the gag order and went public to The Wall Street Journal. The Wisconsin Supreme Court ruled the investigations unconstitutional; according to Strassel, the court observed that the “special prosecutor had invented theories of law in order to go after Americans who were wholly innocent of any wrongdoing.”

When lawyers and politicians can invent theories of law, you’re on the road to a banana republic. Strassel also talked about the Lois Lerner’s IRS targeting conservatives, something that Never Trumpers like David Frum, Rich Lowry and Bill Kristol have apparently forgotten.

Then there’s the case of Barack Obama’s Health and Human Services mandate forcing organizations to provide birth control in their health plans, even if those organizations have religious objections. This was, to me, the most chilling and totalitarian move of the Obama administration, forcing the government into the conscience and heart of nuns and other religious groups. (I’d be just as appalled if it a local school board mandated that high school kids learn that Jesus is Lord or that Allah is great.) Thankfully, under Trump the HHS mandate has been beaten back.

Imagine if Trump had lost. President Clinton would be writing the health care plans for churches.

Also, for at least 40 years prior to 2016, American universities grew more intolerant of free speech. Milo Yiannopoulos is ridiculous, and Ben Shapiro platitudinous and repetitive (his tweets are Freshman Ethics 101 passed off as wisdom), they forced the issue of free speech on campus. Yiannopoulos and Shapiro are like surgeons forced to re-break a broken leg in order to set it straight.

People forget, but liberals had successfully bullied conservatives into submission, at least on cultural issues, for so long that some 2016 prognosticators were predicting that the Republican Party might disappear all together. Contributing to that prediction was the idea that American borders are a sieve and that we have to accept people who came here illegally, who would vote Democratic in huge numbers.

Before the election, I wrote a piece comparing Trump to Leonidas, the hero of the film 300. While Sparta was about to be overrun, Leonidas and 300 soldiers marched to the narrow pass at the Hot Gates to meet Xerxes, a villain who resembles Obama, both physically and in his self-regard as a godlike figure. Leonidas is crude, blunt and vulgar. Yet his crusade, even if ending in defeat, wakes up the citizenry of Sparta. They see the threat and finally fought back.

Shocking the world, Trump is the Leonidas who prevailed. Never Trumpers and those who long for the tyranny of the left should heed the advice Leonidas spoke at his death: Remember. Remember what almost was.