The Poisonous Cult of Intersectional Feminism

Lacking a moral compass, the movement can only divide. 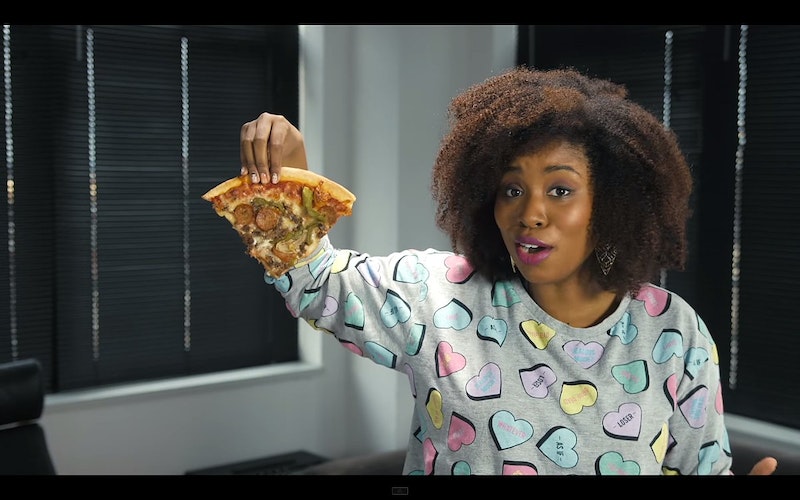 There’s a YouTube video with over 214,000 views that explains intersectional feminism in terms of burgers and pizza. Men are the burgers and women are pizza. It's a burger world where pizza has to fight hard for recognition. Cheese pizzas (white women) fought, but they didn't fight for deluxe pizzas (any combination of gay, bi, trans, POC, etc. women). Out of this inequity sprang intersectional feminism, the movement of the deluxe pizza. The deluxe pizza despises the burger, whose market dominance has long held it, along with all of its toppings, back.

At the core of intersectional feminism is the belief that oppressed people know more about life in general. Black females have suffered more than white females; so white females should listen to them and speak less, while white men, who are brimming with privilege (whether they're from Appalachia or Beverly Hills), must listen to everyone. Intersectional feminism, born of an internecine struggle within feminism over the black/white issue, has since added numerous other categories of the underprivileged, including non-native speakers of English, Jews, and the physically unattractive.

In a movement where perceived lack of power translates into actual power, there’s been the inevitable scramble to prove one's bona fides as an oppressed person. Such matters as whether a trans, brown, Muslim woman who speaks native English is more or less oppressed by the white patriarchy than a genderqueer, black, Christian woman of below average attractiveness must be hashed out through the laborious intersectionalist dialectic of privilege.

The focus on privilege produces an amoral worldview where, if there’s a dispute, the person with less privilege is always defended, while the privileged one is always assumed to be wrong. This is why so many feminists continued to defend "Jackie" of the UVA/Rolling Stone rape hoax long after she was exposed as a liar, and Mattress Girl at Columbia University, who they made into a national hero, even though she's also a proven liar who left a paper trail on social media after the alleged assault for all to see.

The intense focus on privilege has produced the depressing phenomenon of American college women, among the most privileged and safest people in the world, thinking that they have it as bad as women in such countries as Yemen, Saudi Arabia or Egypt. It's not that they don't acknowledge that these women are oppressed, but rather they believe their own oppression in on par with them, having been fed, in their gender studies classes, misleading statistics that have them convinced they live in a dangerous rape culture. The irony is that the real rape culture is in the countries whose women they won't stand up for.

In the 1980s, there were massive demonstrations against apartheid on American campuses, but there's no equivalent to this now, even though women all over the world are being deprived of basic human rights. Intersectional feminism has produced solipsistic, self-pitying "victims" unwilling to lend a hand to their sisters who are in much more need. Stuck in their safe spaces, they’re unable to get outside of themselves.

Look at what happened in Cologne, Germany, on New Year's Eve, when hundreds of Middle Eastern men gathered near the train station in preparation for a wave of planned sexual assaults. You got comments from feminists like Laurie Penny, who tweeted to her 129,000 followers: "So bored of racists who pretend to care about women's rights when they need an opportunity to bash Muslims." The mayor of Cologne, after the assaults, said women should have a code of conduct and keep strangers "at arms length." Where was the rage from feminists against their sisters being treated like animals? The women of Cologne were abandoned, and then instructed how to change their behavior. That sounds like victim-blaming, the cardinal sin of feminism, and it would’ve been if the assailants had had another skin color.

I once watched a fascinating interview with a former KGB agent who'd defected to the West. He spoke of how the Soviet Union viewed leftists—"useful idiots"—in countries they wanted to control, saying they were helpful only in the destabilization phase of the revolution. He said that after the revolution was over, the leftists would be the first ones lined up against the wall and shot. They mistakenly thought they'd be a part of the new power structure, and would become dangerous when they found out that wasn't the plan.

Intersectional feminists and the rest of the far left would indeed be useful idiots if the Soviet Union were still around and able to manage such a revolution. In fact, intersectional feminism is an inherently anti-democratic movement that bears many similarities to the old Soviet Union. They've shown they're susceptible to brainwashing by accepting absurd theories, and they're certainly not for free speech or against violence. Check out a video of the Milo Yiannopoulos Dangerous Faggot tour if you doubt this.

Any man choosing to go into intersectional feminism must be prepared to sit in the corner and listen. Submission is what's expected, as the patriarchy has already had its chance. Many of the male intersectional feminists I see are desperate to impress upon women that they feel their every pain, and that "those other" men are awful.